The following weapons were used in the miniseries Jamaica Inn:

Joss Merlyn (Sean Harris) holds a New Land Pattern Flintlock Pistol with the flat heel of the grip, typical for the East Indian Pattern. The pistol is definitly a modern replica, may be a non firing one. 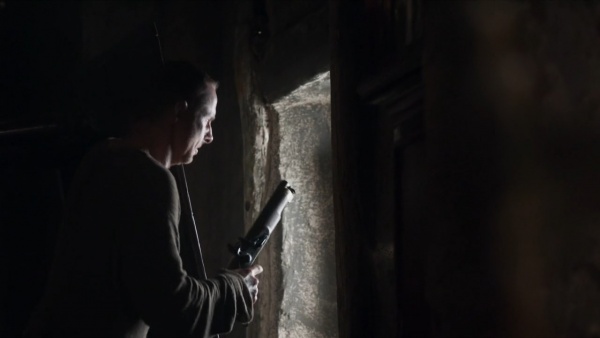 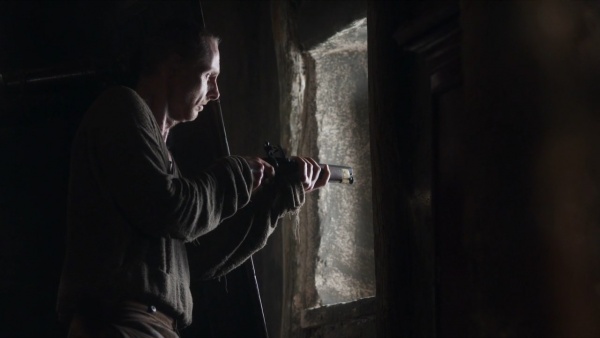 Joss aims from the window when he hears a suspicious sound outside the house. 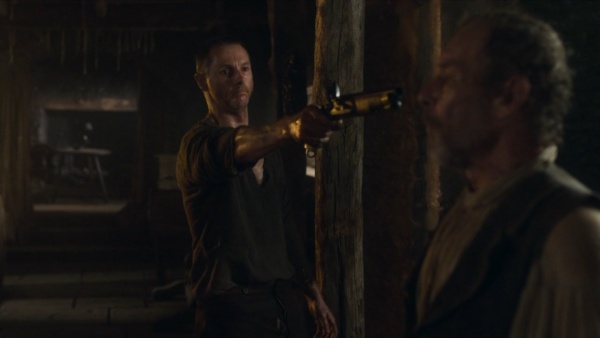 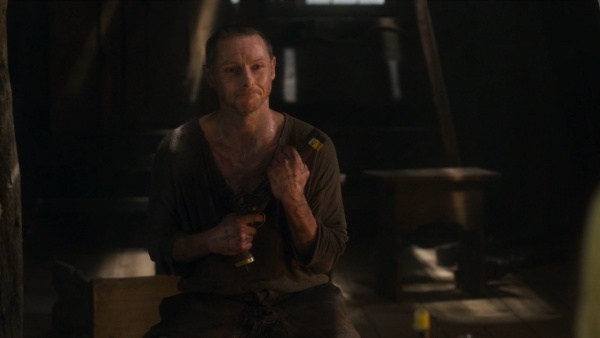 Hopeless Joss holds the pistol. The flat heel of the grip with lanyard ring is seen.

In the climactic scene Vicar Francis Davey (Ben Daniels) holds a Sea Service Flintlock Pistol. The screen gun is a non-firing replica that slightly differs from the original pistol. When Davey "fires" it, he only cocks the hammer and presses the trigger, without any imitation of loading. Flashes on the lock are seen but the pistol doesn't produce muzzle flame.
Very similar model can be seen in Henry Krank catalogue (63P) but the manufacturer isn't mentioned. 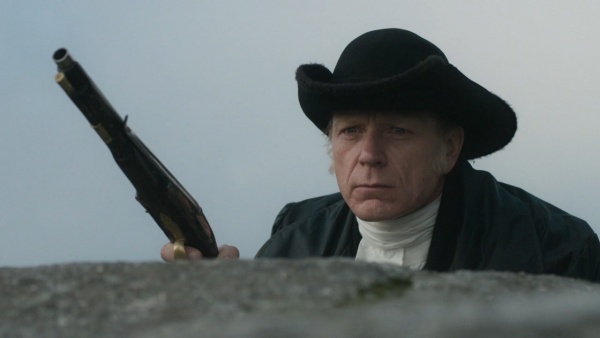 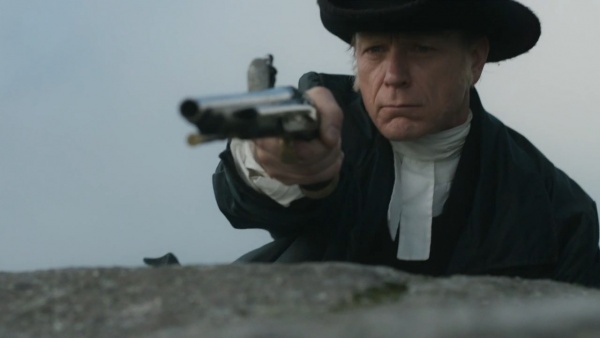 He aims at Jem Merlyn. 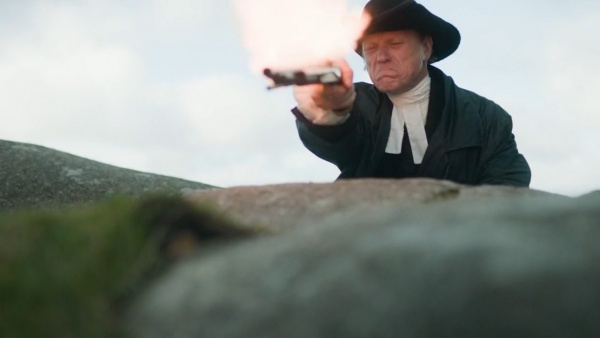 Davey fires. A large flash (possibly CGI) appears on the lock but there is no muzzle flame. 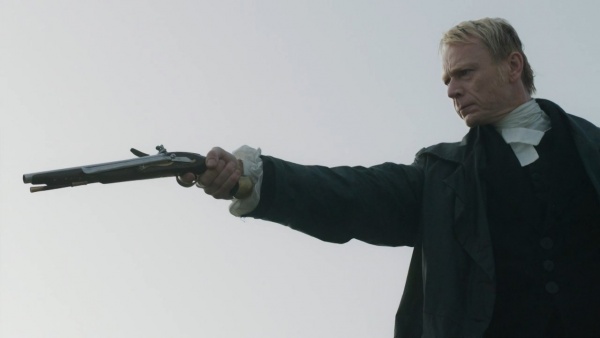 Davey aims at Mary. In this scene his pistol switches between the Sea Service and the Heavy Dragoon (see below) models. 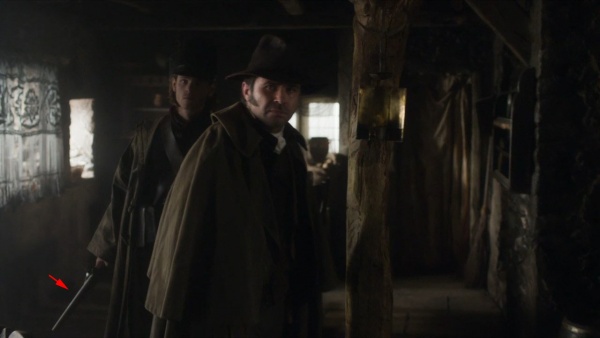 What is supposed to be a Heavy Dragoon pistol is seen in hands of a customs officer at the background. 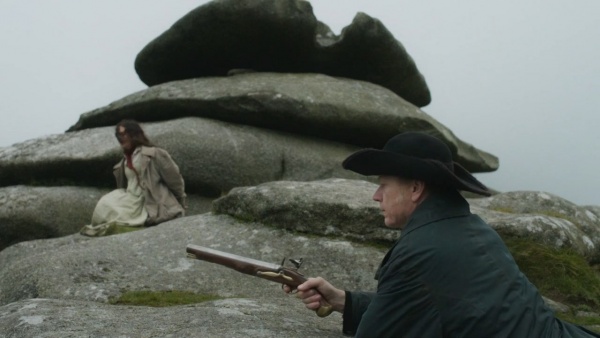 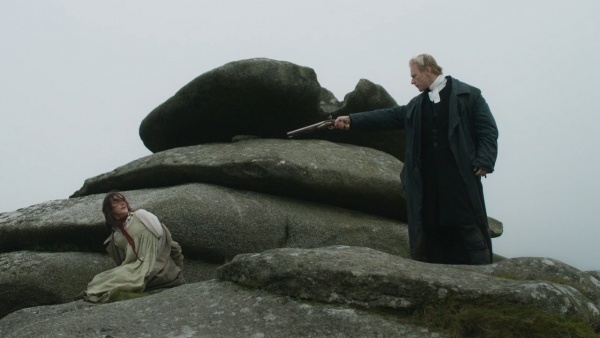 Davey's pistol switches to the Heavy Dragoon once again.

During the prison break, Jem Merlyn (Matthew McNulty) takes two Double Barreled Flintlock Pistols from the customs officers' armory. He uses this guns in the climactic scene. These pistols are definitly modern replicas, may be non firing ones. 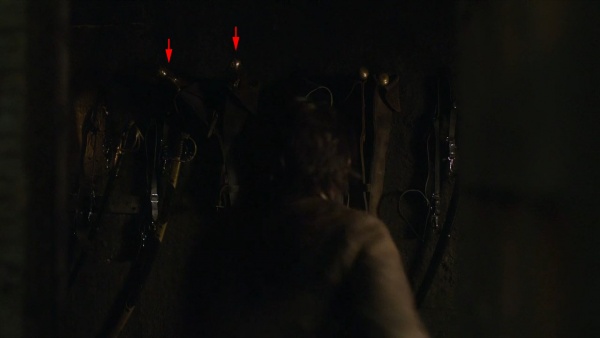 Two double barreled pistols in holsters hang on the wall in the armory, together with several cavalry swords and two long pistols (the grip pommels are seen at the right) that may be Heavy Dragoon or Sea Service patterns. 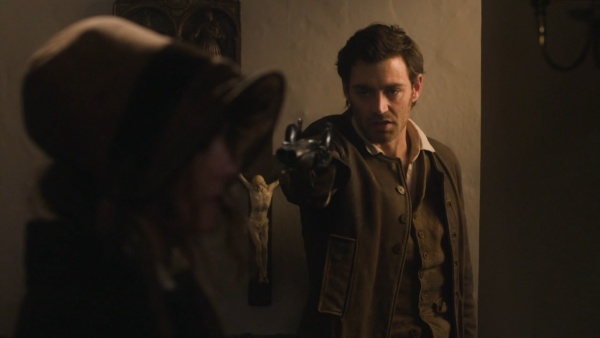 Jem aims one of the pistol at Hannah Davey (Shirley Henderson), demanding the whereabouts of her brother, the Vicar Davey. 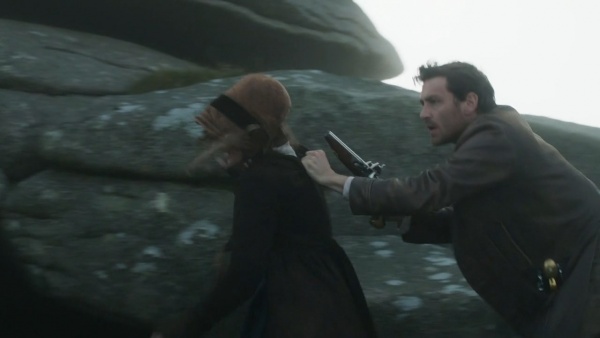 Jem takes Hannah as hostage. He holds one of his pistols while the second gun is seen in his pocket. 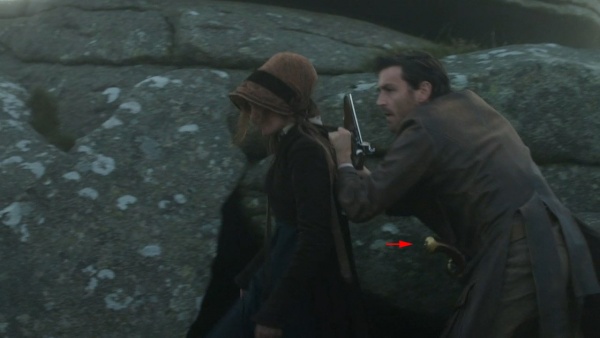 A better view of the grip of the pistol in Jem's pocket. 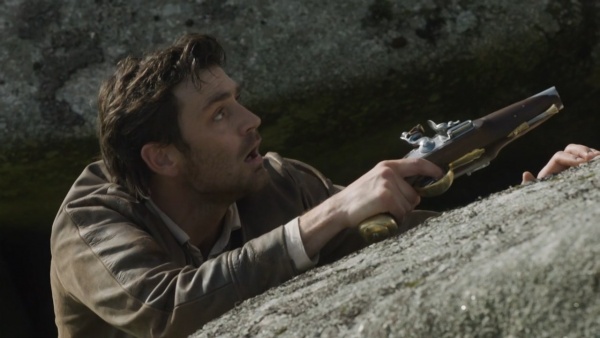 Jem holds the pistol during the shootout with Davey. 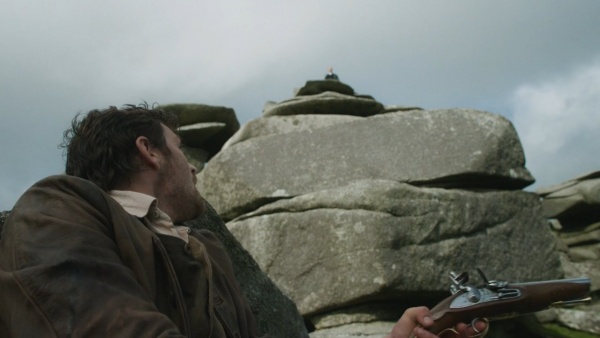 Jem, wounded in the right shoulder, draws the second pistol with his left hand... 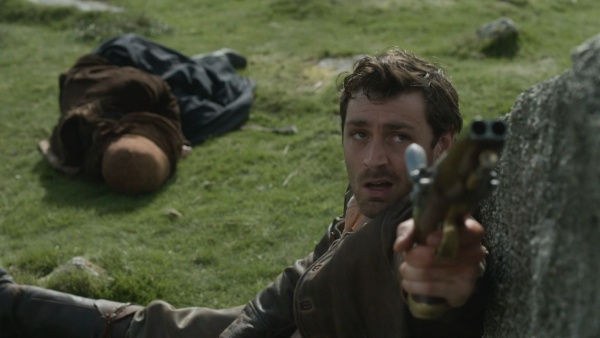 During the ambush on the wreckers' gang, customs officers fire some long guns. They are seen at great distance and cannot be identified. Flintlock Muskets would be correct weapons for this scene, but it's unknown what guns were used. 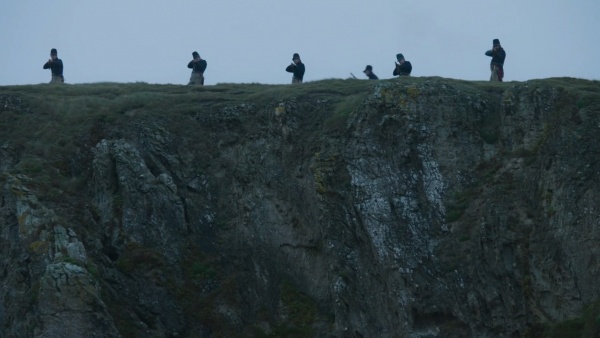 Customs officers fire from the top of the cliff.
Retrieved from "https://www.imfdb.org/index.php?title=Jamaica_Inn_(2014)&oldid=1512935"
Categories: