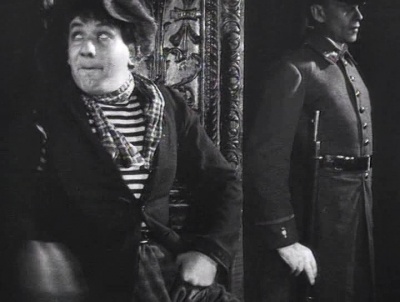 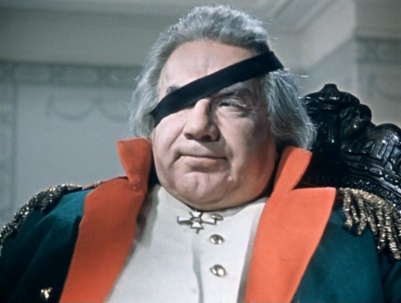 Igor Ilyinsky in one of his most famous roles, Field-Marshal Mikhail Illarionovich Kutuzov in Hussar Ballad (Gusarskaya ballada) (1962).

Igor Vladimirovich Ilyinsky (July 24 (July 11 Old Style), 1901 - January 13, 1987) was a famous Soviet screen and stage actor, film and theater director and comedian. He started cinema career in 1920s and appeared in numerous comic and tragicomic roles, among which best known are Byvalov in Volga-Volga, Ogurtsov in The Carnival Night and Kutuzov in Hussar Ballad. Ilyinsky got numerous awards, including the titles of the People's Artist of the USSR (1949) and the Hero of Socialist Labour (1974).