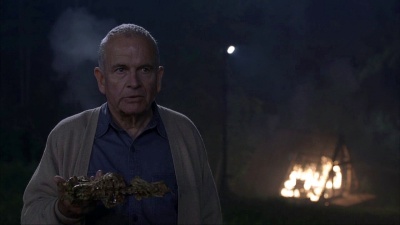 Ian Holm was a British actor perhaps best known for his roles as the elder Bilbo Baggins in The Lord of the Rings and The Hobbit film trilogies as well as the android Ash in the original Alien. He also appeared in such films as The Fifth Element, Chariots of Fire and Greystoke: The Legend of Tarzan. He passed away in 2020 at the age of 88.