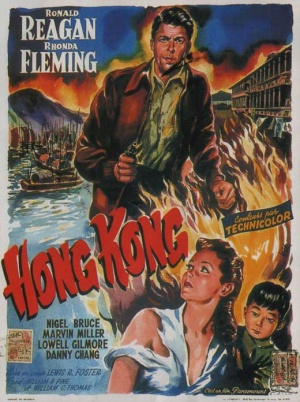 Hong Kong is a 1952 adventure film directed by Lewis R. Foster starring Ronald Reagan, Rhonda Fleming and Marvin Miller. This was the second of four films that Reagan and Fleming made with each other, and one of three films the pair made with director Lewis R. Foster. The film was re-released in 1962 as Bombs Over China, despite having nothing to do with bombs at all.

The following weapons were used in the film Hong Kong (1952):

Jeff Williams (Ronald Reagan) finds a Colt Detective Special in Tao Liang's (Marvin Miller) apartment and uses it for a bit. He later loses it to Tao Liang on the junk. 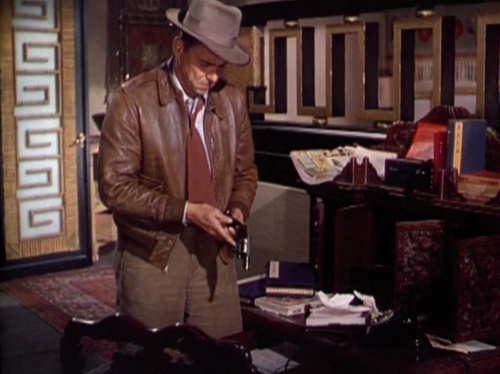 Jeff finds the DS in a drawer. 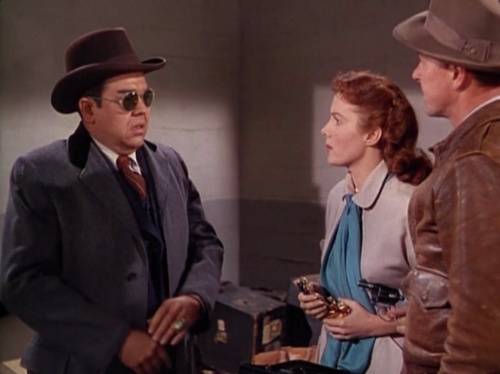 Jeff holds the DS on Tao Liang at the airport. 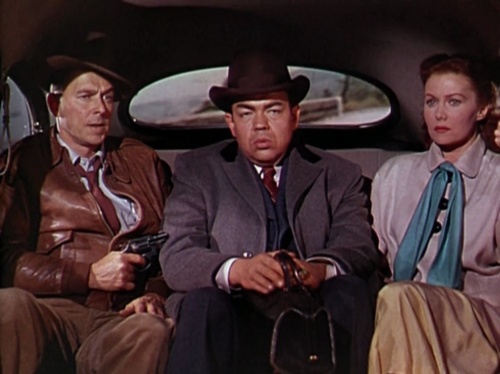 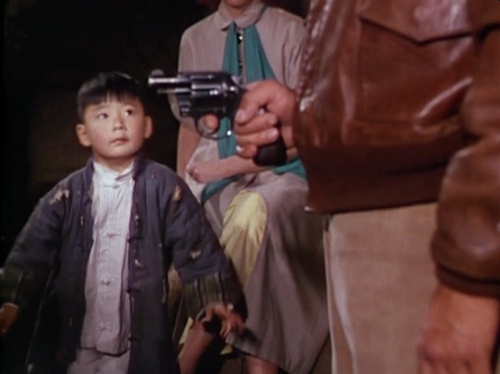 The DS before Jeff drops it after Wei Lin (Danny Chang) grabs his arm.

Tao Liang draws a Smith & Wesson Model 10, but Jeff knocks it out of his hand. Jeff later uses a dropped S&W 10 during the gunfight on the junk. 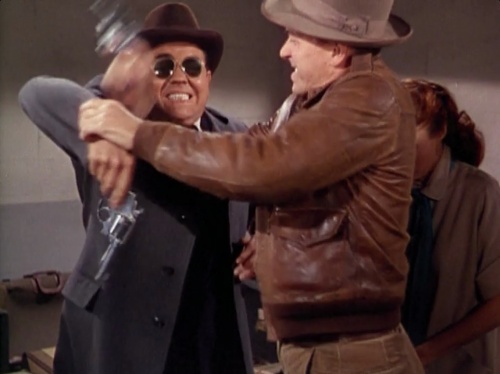 The S&W 10 getting knocked out Tao Liang's hand. 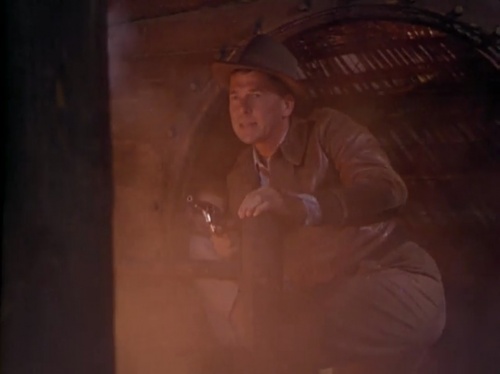 The coast guard cutter that approaches the burning junk appears to be equipped with a Oerlikon 20mm Cannon. 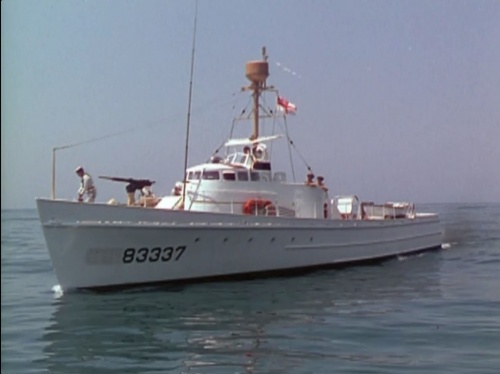 The gun appears to be missing any sort of sights however.
Retrieved from "https://www.imfdb.org/index.php?title=Hong_Kong_(1952)&oldid=651328"
Categories: