Hit the Dutchman is a 1992 criminal drama. Arthur Flegenheimer, a thief recently released from prison who is recruited by noted hood Jack "Legs" Diamond. Flegenheimer changes his name to Dutch Schultz and, thanks to his brutal and unscrupulous ways, rises to become Diamond's right-hand man during the bleak days of Prohibition. But Dutch shows no loyalty to Diamond. He first tries to steal Diamond's moll Frances, then he tries to take over his bootlegging enterprise. Diamond retaliates by killing Dutch's friend Joey Noe. It then becomes total war, with Dutch recruiting enough manpower to have a showdown with Diamond's mob.

The following weapons were used in the film Hit the Dutchman: 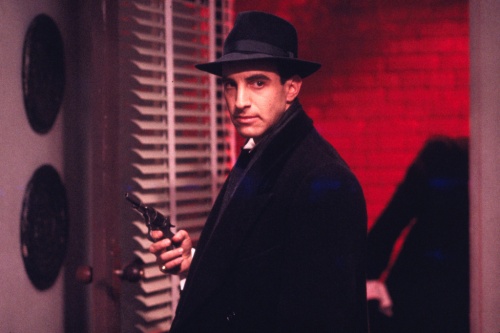 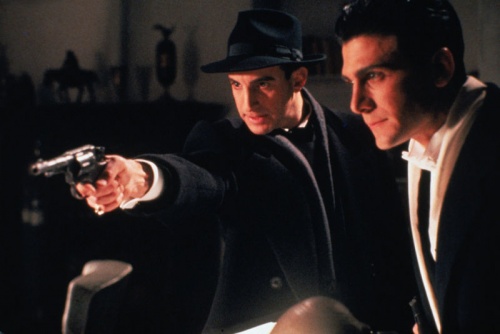 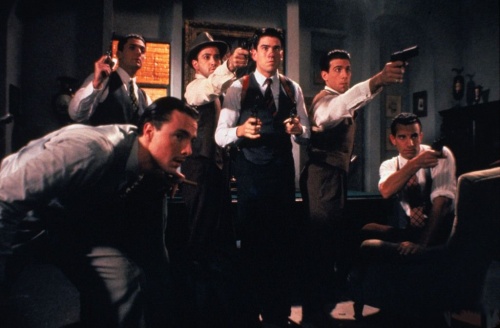 Vincent "Mad Dog" Coll and some other gangsters holds Nagant revolvers on the promotional image. 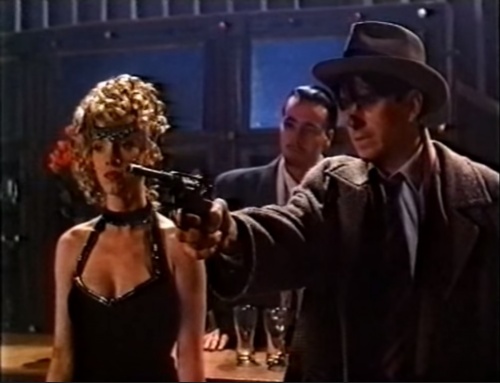 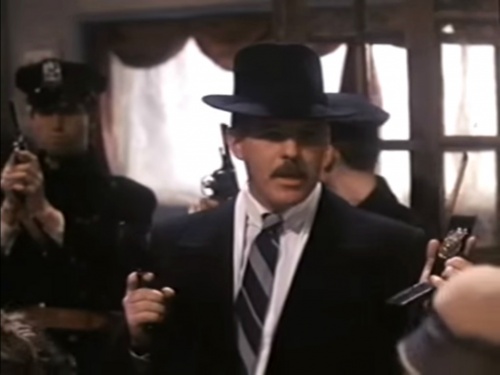 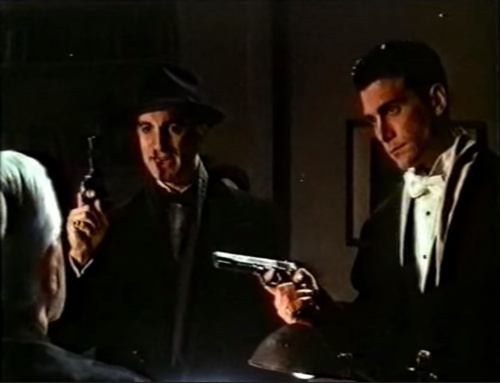 More historically accurate than the M1928A1s more commonly seen in the film, a M1921A Thompson is used by enemy gangster during the attack to brewery. 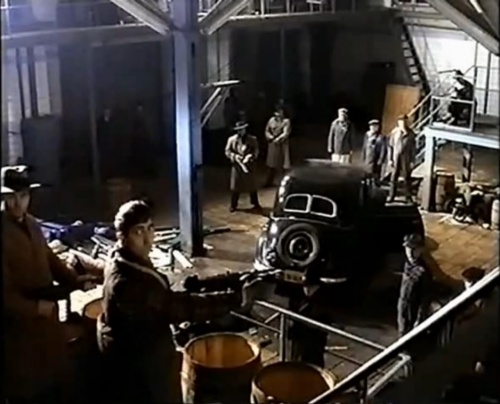 Gangster with M1921A Thompson. The scene is a little blurry but the weapon can be easy identified.

Arthur "Dutch Schultz" Flegenheimer and many other gangsters use M1928A1 Thompson submachine guns. Majority of them are converted for using 7.62x25 blanks in MP40 magazines. The use of the M1928A1 is anachronistic as film is set in 1929, before the development of the M1928A1. 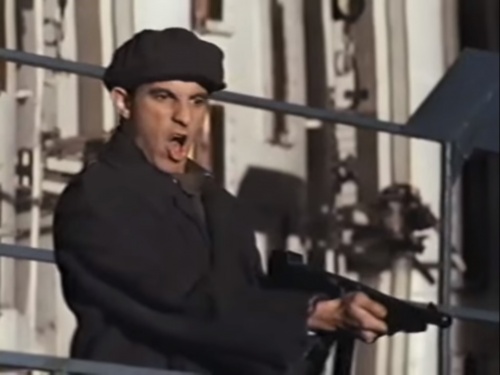 Dutch Schultz holds M1928A1, during the attack to brewery. 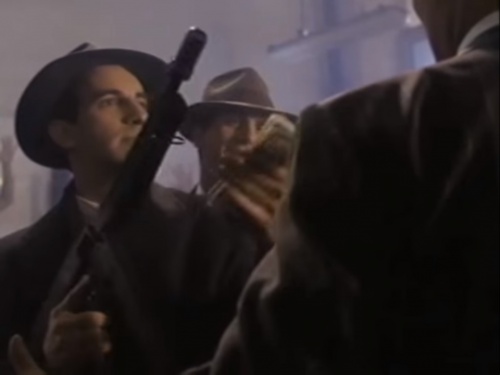 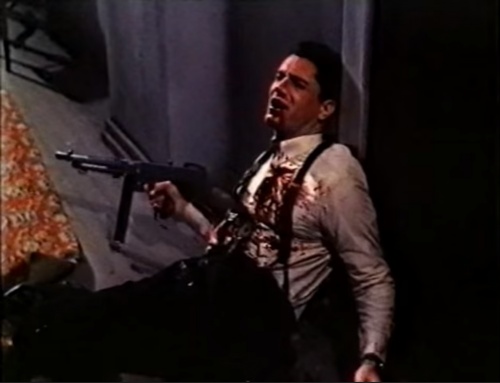 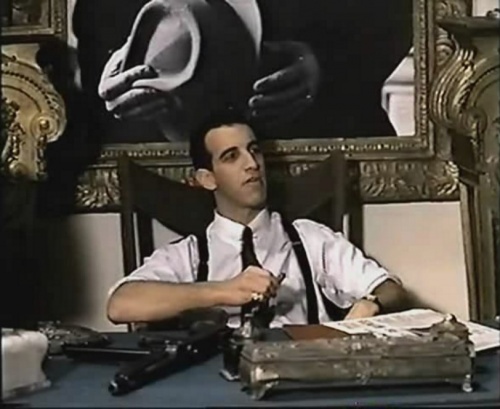 Unknown bolt-action rifle used by Vincent Coll during the assassination attempt on Dutch Schultz. In the movie it is called "Winchester sniper rifle", what is clearly untrue. It appears to be a some Mosin-Nagant carbine. 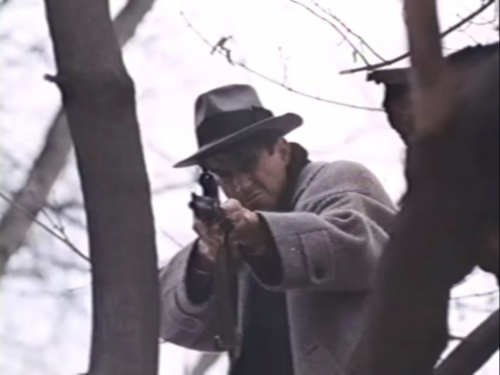 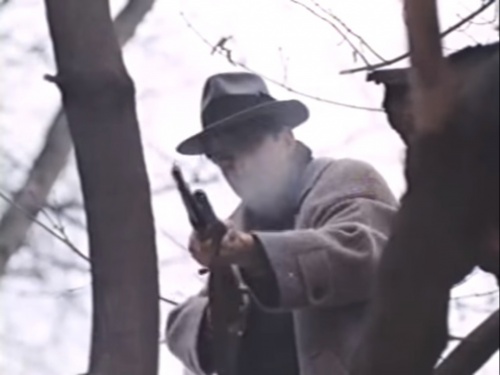 Bolt visible on the left side. 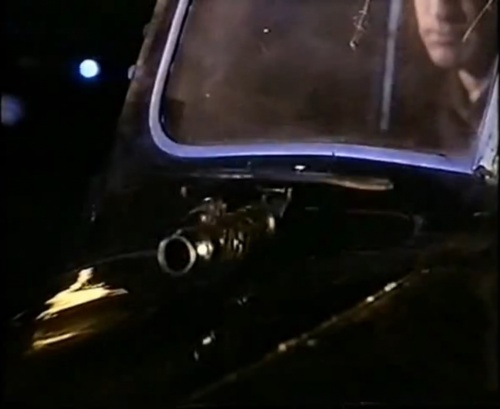 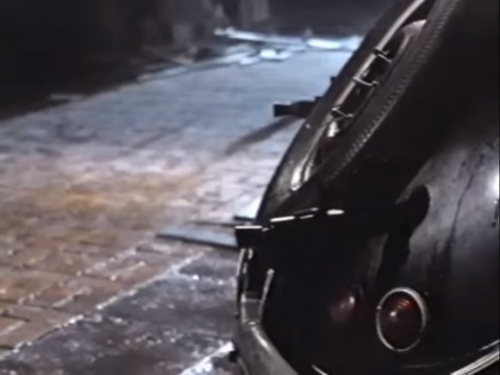 Two MG34s, mounted on the car's back side.