Harry Carey, Jr. holds a 12 Gauge Over & Under Shotgun as the Bartender in Crossroads. 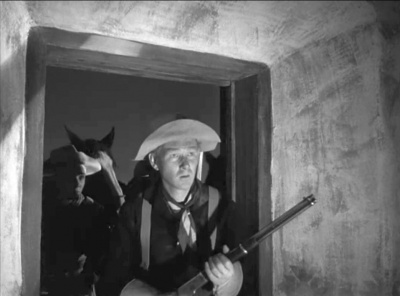 A much younger Harry Carey Jr. with a Winchester Model 1892 as Trooper Sandy Boone in Rio Grande.

Harry Carey, Jr. was an American actor who is probably best known for his roles in numerous Westerns, most notably ones directed by John Ford. He was the son of fellow actor Harry Carey.