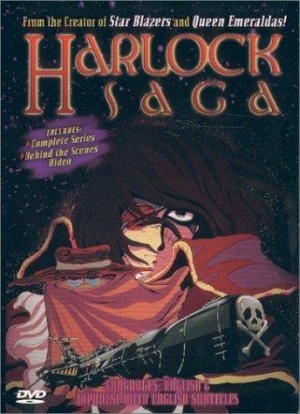 Harlock Saga is a six-part OVA sequel / remake of the 1978 television series Space Pirate Captain Harlock. It is primarily based on Das Rheingold, the first part of the 1869 German opera Der Ring des Nibelungen by Richard Wagner and makes frequent use of music scores from the opera performed by the Moscow Philharmonic Orchestra. It is the fourth anime adaptation of the Harlock franchise and is the first entry in the series to use CGI.

The following weapons were used in the OVA Harlock Saga: 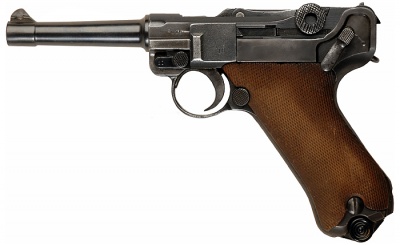 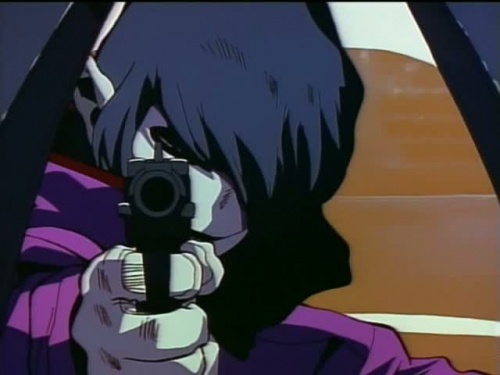 A drive-by shooting using a vintage handgun in a science-fiction setting. Only in a Leiji Matsumoto anime. 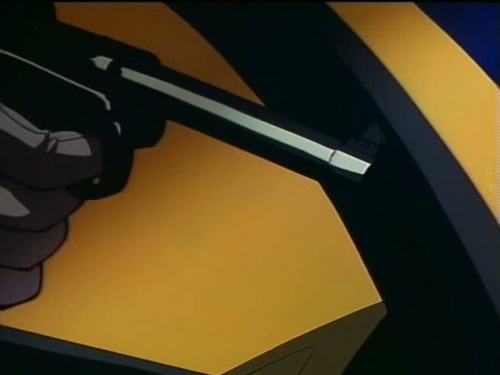 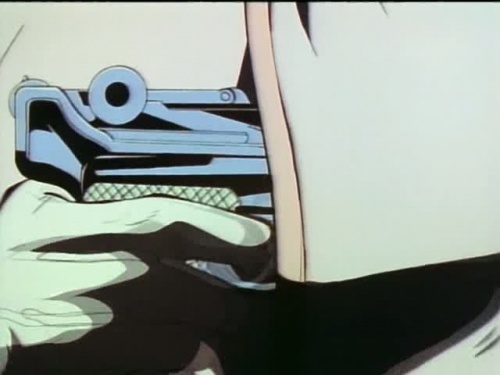 Alberich draws his Luger P08 while Tadashi's back is turned. 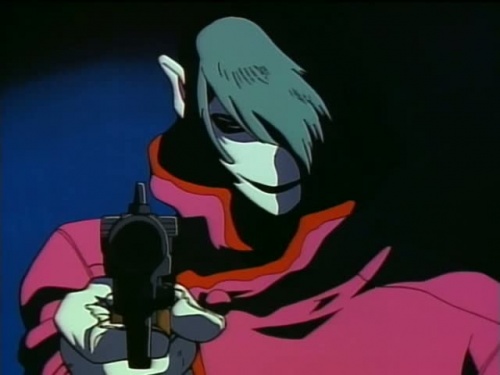 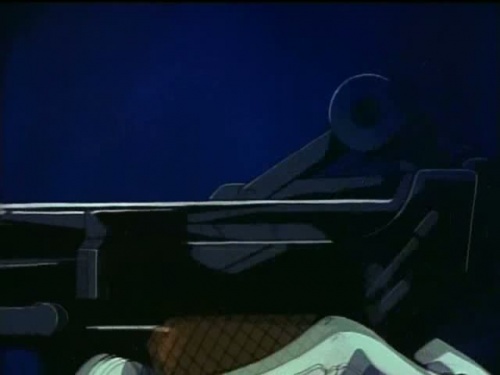 Harlock and Tochiro's preferred handgun is the Cosmo Dragoon, a custom variant of the fictional Cosmo Percussion M78 laser pistol modeled after the Colt Dragoon (hence the name). The weapon is one of four or five (the number varies from series to series) unique high-powered pistols built by Tochiro. 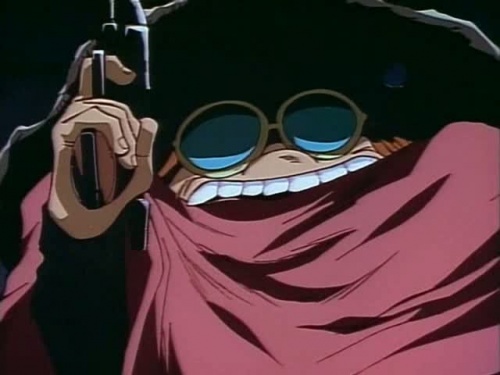 "HELLO THERE!" Tochiro pulls his sidearm. 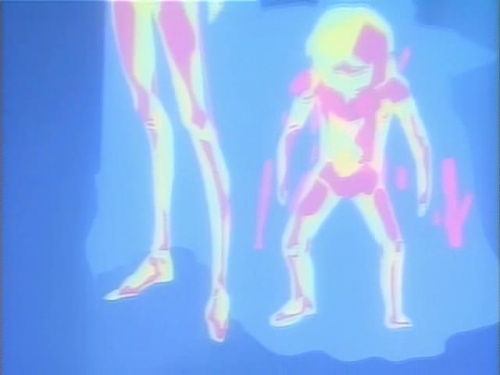 Tochiro and Emeraldas pass through a Federation ship's thermal scanner, revealing his Dragoon hidden under his cloak. 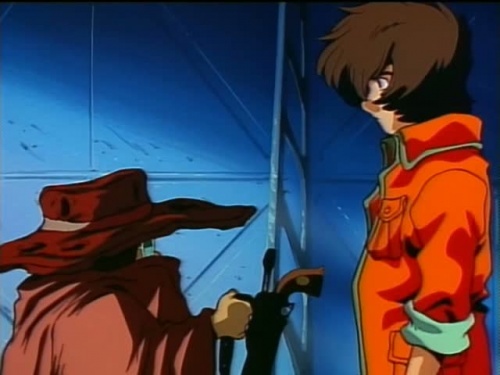 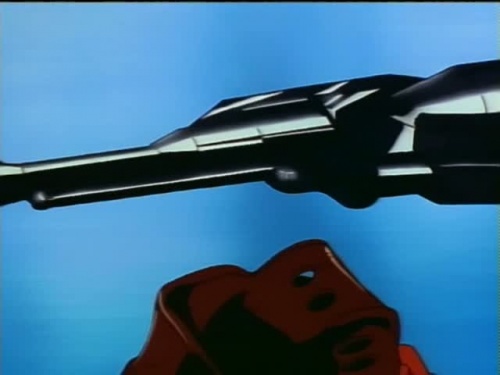 A closeup of the Cosmo Dragoon's barrel. 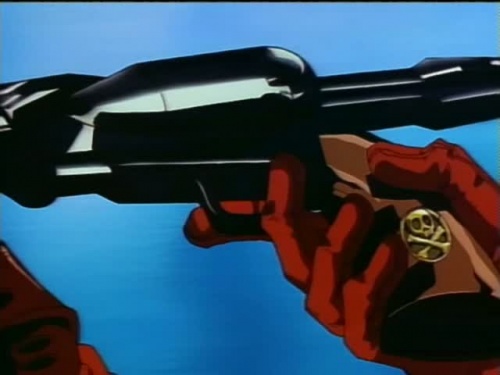 A closeup of the Cosmo Dragoon's frame and grip. 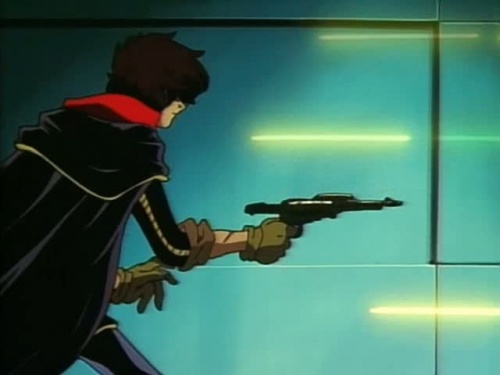 Harlock draws and fires his Cosmo Dragoon at Alberich. 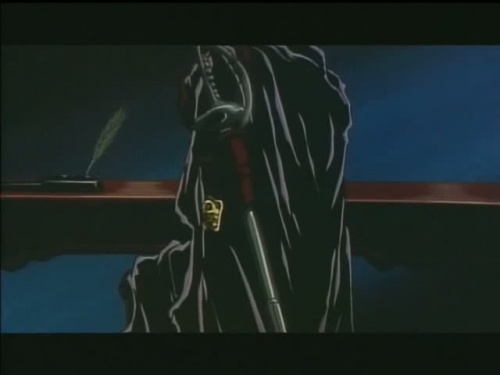 A shot of Harlock's cape and Gravity Sabre during the opening credits. 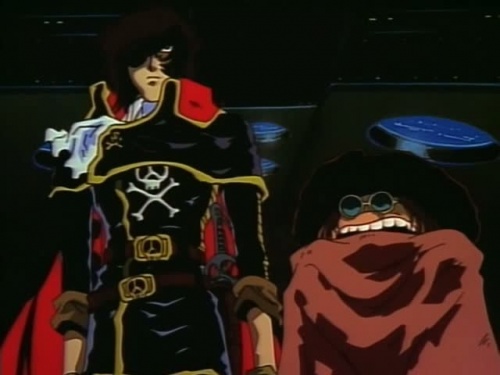 Here the Gravity Sabre can be clearly seen in its holster.

Tochiro carries a Howa Type 64 rifle while on the surface of Valhalla. 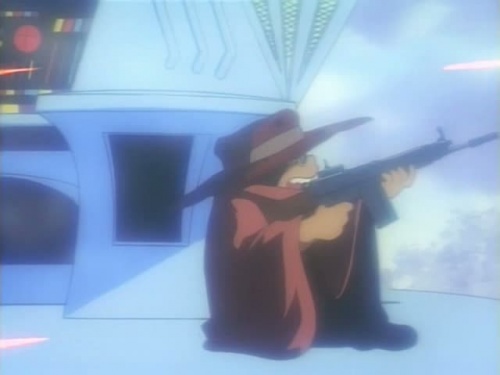 Tochiro opens fire on one of Wotan's sentry bots. 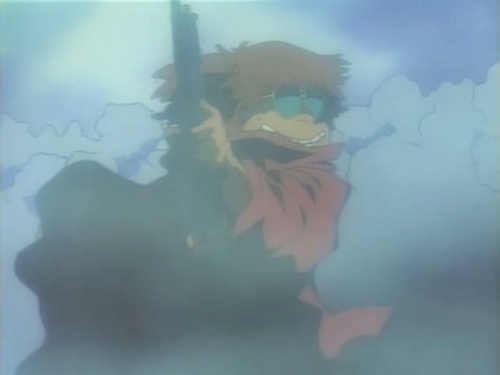 Tochiro looks on in amusement as Harlock disposes of the sentry bot using his favorite tactic; ramming it with a giant spaceship.
Retrieved from "https://www.imfdb.org/index.php?title=Harlock_Saga&oldid=758049"
Categories: