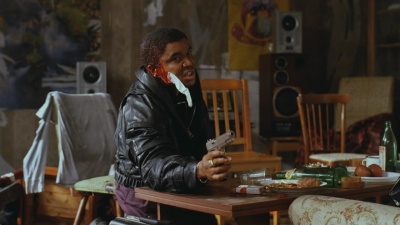 PC. Despite his African descent, his real skin isn't so dark, as he can be seen on this image. In fact, he regulary visited a solarium during the filming Zhmurki movie, due his character must has very dark skin by the plot.