Gone with the Wind

Gone with the Wind is a 1939 American adaptation of Margaret Mitchell's best-selling novel of the same name, directed by Victor Fleming starring Vivian Leigh, Clark Gable, Leslie Howard and Olivia de Havilland. It was nominated for thirteen Academy Awards, winning eight, including Best Picture, Best Director, Best Actress for Vivian Leigh, and Best Supporting Actress for Hattie McDaniel, who was the first African-American to win an Academy Award. Adjusted for inflation, and helped along by several re-releases, it is the most successful motion picture of all time.

The following weapons were used in the film Gone with the Wind:

After escaping Atlanta, Rhett Butler (Clark Gable) leaves Scarlett (Vivian Leigh) on her own so he can go fight in the war. Before leaving, he gives Scarlett a Remington 1858 Revolver, which she later uses to shoot a Union soldier in the face. 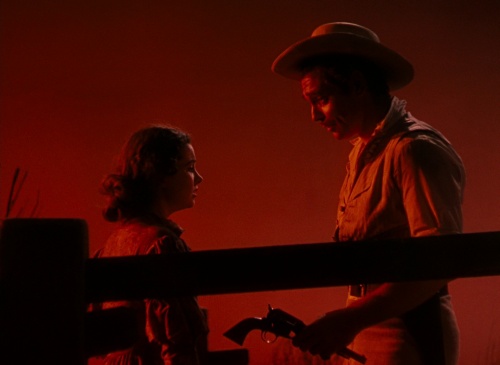 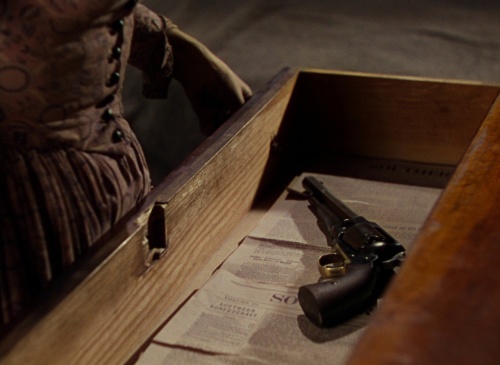 Scarlett opens a drawer to get the revolver, when union soldier shows up. 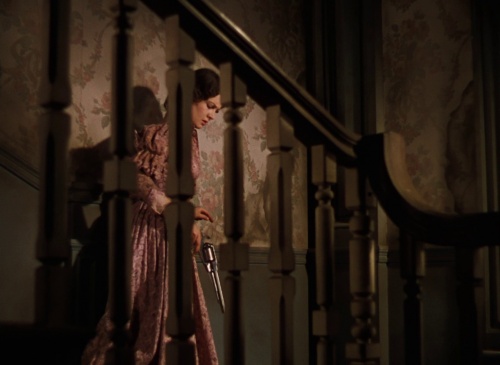 Scarlett descending the stairs with a Remington 1858 revolver in her hand. 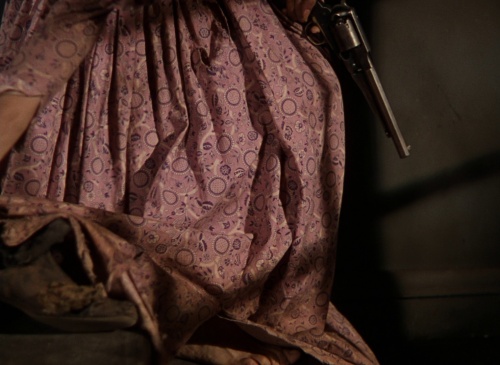 Scarlett takes her shoes off so she can go quietly. 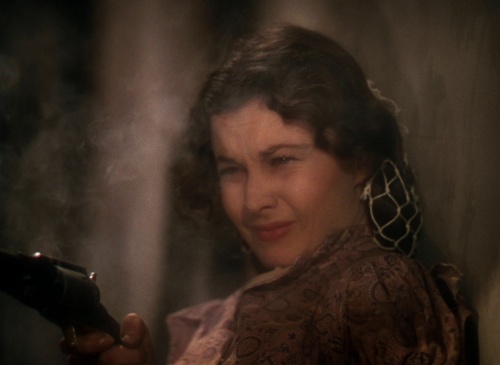 Scarlett holds her 1858 Remington, after just having shot the Union soldier.

The Yankee deserter (Paul Hurst) that attempts to steal from Scarlett's house is seen wielding a Colt 1860 Army, which was the Union Army's general issue revolver. Scarlett is also seen using one later on while trying to defend herself from a couple of homeless guys. 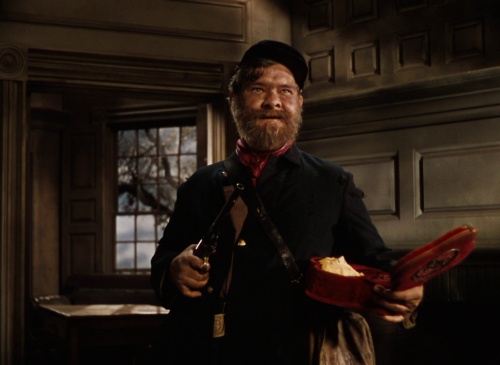 The Yankee deserter holding his 1860 Army. 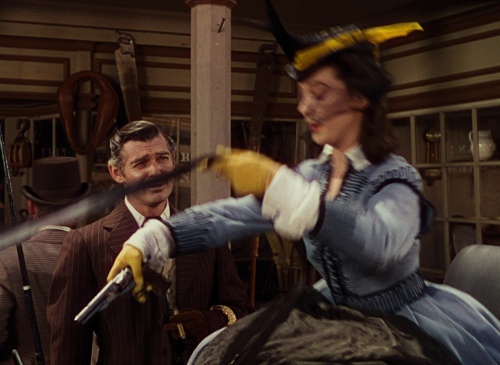 Scarlett prepares to head off to the mill, before leaving she places an 1860 in her lap, stating she can shoot straight, if she doesn't have to shoot far. 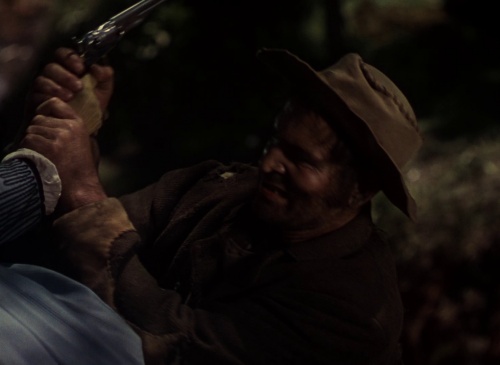 Scarlett attempts to pull her 1860 on one of the bums, but he gets the upper hand on her.

Ashley Wilkes (Leslie Howard) comes down the stairs before leaving to fight, a revolver that is hard to identify is seen holstered on his hip, more than likely it is a Colt Navy, seeing as it was the most common revolver purchased by Confederate Troops. 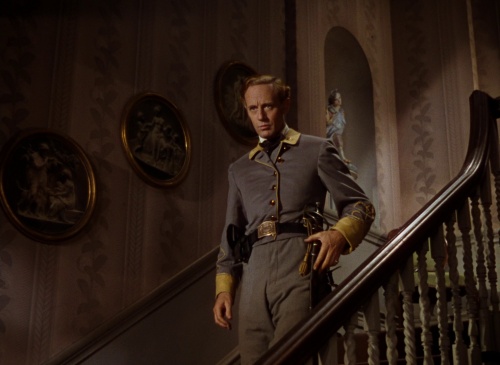 Ashley Wilkes in uniform, with his revolver on his side.

The film takes place during the Civil War, so many soldiers are seen with Springfield 1861 rifles 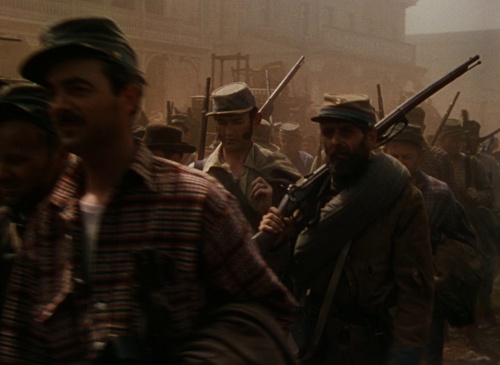 As Atlanta is shelled by Sherman, many soldiers are seen marching through Atlanta with Springfield Rifles over their shoulders. 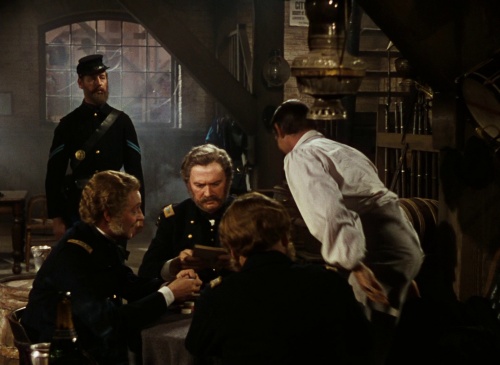 A rack of Springfield Rifles is seen in the Army Jail .

Cannons are seen during the film 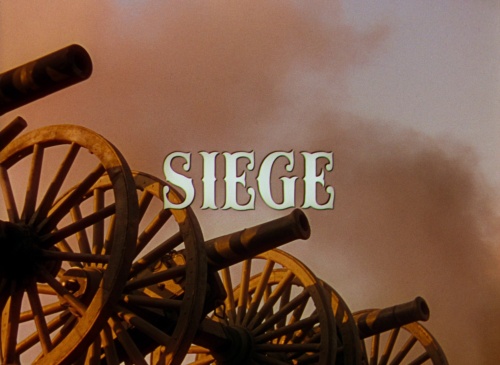 Atlanta is besieged by Sherman. 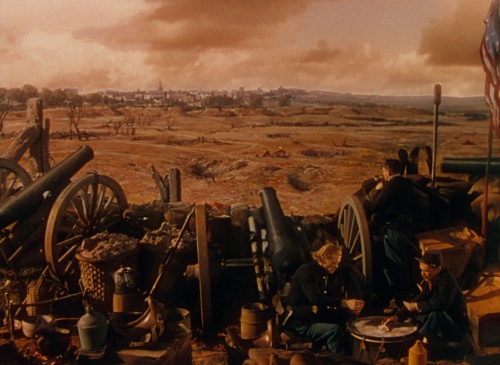 Union troops sit behind their cannons during the siege of Atlanta.
Retrieved from "https://www.imfdb.org/index.php?title=Gone_with_the_Wind&oldid=964866"
Categories: