Goldstone is a 2016 Australian crime thriller film directed by Ivan Sen. It is the second installment in the Jay Swann (Aaron Pedersen) movie and television franchise. Mr. Sen describes the Jay Swann series as an "Australian Neo-Noir Western". Detective Swann is an indigenous detective who is sent to the small mining town of Goldstone to find a missing Asian tourist. There, he encounters corruption at all levels involving Human trafficking, drugs, and illegal land deals. Goldstone is a sequel to Mystery Road (2013), also starring Aaron Pedersen as Detective Jay Swann. In 2018, Pedersen returned as Swann in a television series titled Mystery Road for two seasons.

The following weapons were used in the film Goldstone:

Josh Waters (Alex Russell) carries a Glock 17 as his sidearm.

Josh Waters (Alex Russell) explores the building with a Glock 17 in his hand near the finale.

Detective Swann has a wood-stocked Remington Model 700 for long range work, which is not infrequent in the vast wilderness of the Australian Outback. The rifle is specifically described as a Remington 700 in .308. 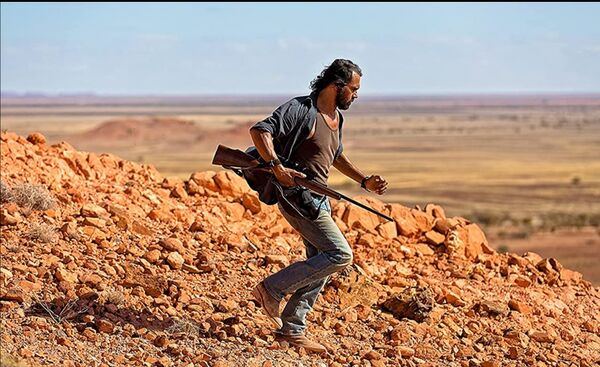 Detective Swann moves out to a firing position.

Detective Swann (Aaron Pedersen) and Constable Waters (Alex Russell) both use what appear to be short-barreled Winchester Model 25 shotguns during the climactic gunfight. Note the lack of a dual action arm on the slide indicating that it isn't a Remington 870, Mossberg 500, or a Winchester 1300 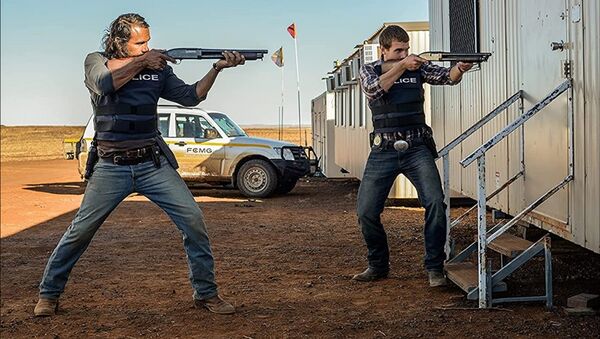 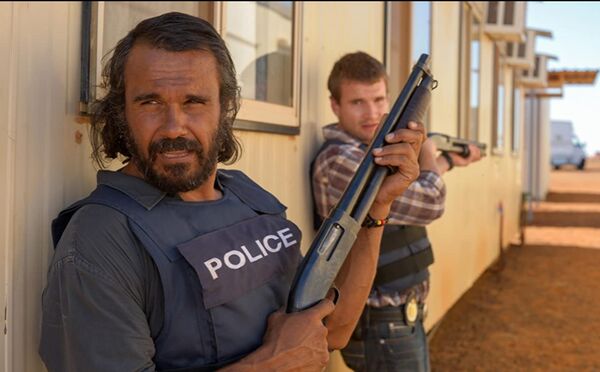 Swann with his Winchester Model 25.