Gamera 3: The Revenge of Iris 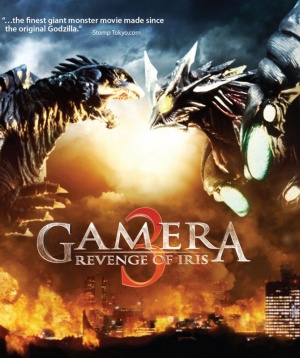 Gamera 3: The Revenge of Iris (ガメラ3 邪神〈イリス〉覚醒 Gamera Surī Jyashin Irisu Kakusei) is the 11th entry in the Daiei produced Gamera film series and the third in Heisei period trilogy, preceded by Gamera: Guardian of the Universe (1995) and Gamera 2: Attack of Legion (1996). In this film Gamera's enemies are reappeared Gyaos and a horrific monster called Iris. This monster was bred from a strange egg by a young girl Ayana Hirasaka whose parents perish during the battle between Gamera and Super Gyaos in the first film. Ayana has a deep and bitter hatred to Gamera and the monster is infused with her anger.

The following weapons were used in the film Gamera 3: The Revenge of Iris:

JGSDF personnel are armed with Howa Type 64 rifles. A real unit of JGSDF, carrying genuine Type 64 rifles, participated in filming. Replica guns are also used when held by by actors. 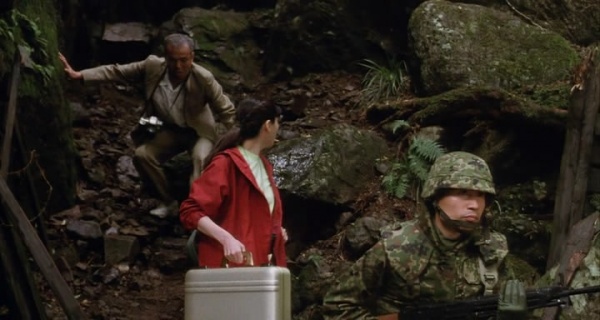 A soldier with Type 64 rifle guards scientist Mayumi Nagamine and her assistant Osako. 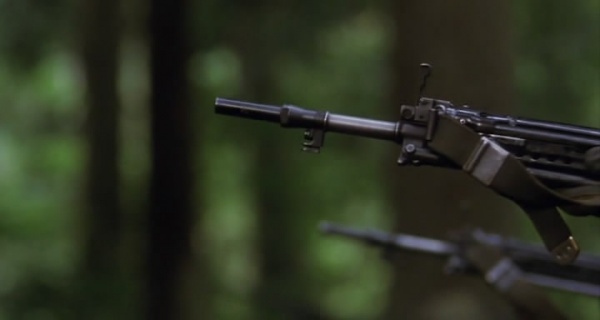 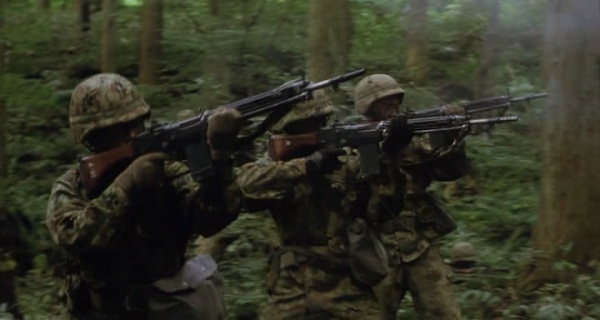 Soldiers fire at Iris during the first encounter with the monster. 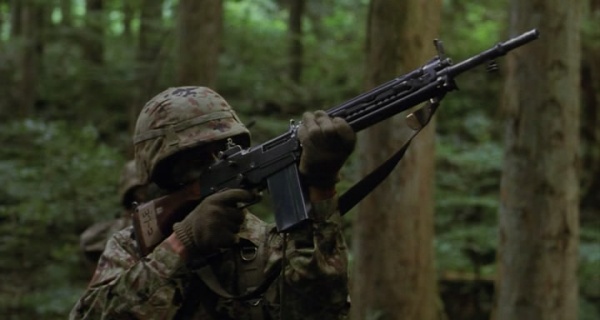 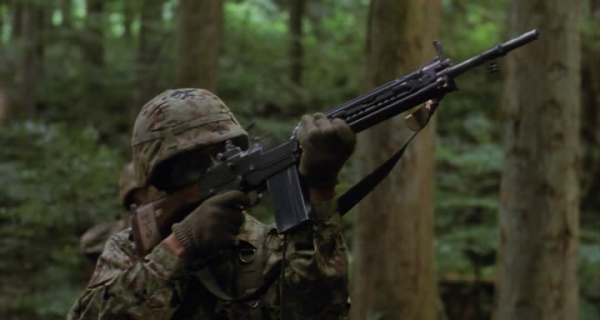 The rifle is seen firing. 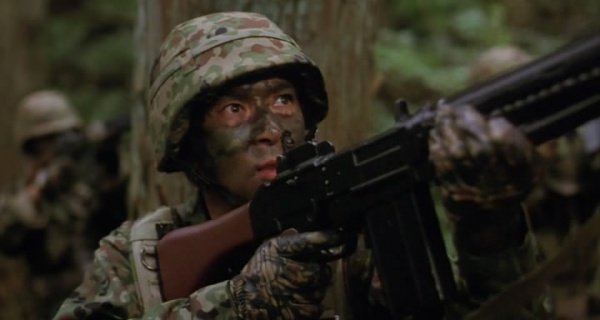 A non-firing replica of Type 64 rifle.

During the first encounter with Iris, a JGSDF unit uses a Sumitomo NTK-62 machine gun. It appears to be a real weapon, not a replica. 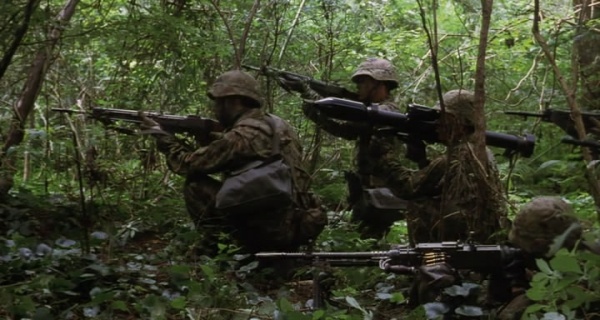 A Type 62 machine gun is seen at the foreground. 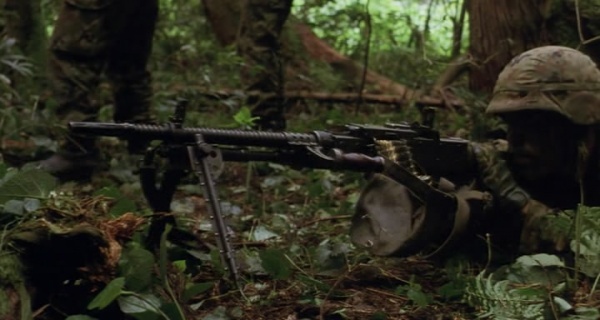 A close view of the machine gun.

20-mm M61 Vulcan six-barrel guns are mounted on JASDF F-15J fighter planes. One is used to engage Iris in attempt to intercept the monster over the sea. 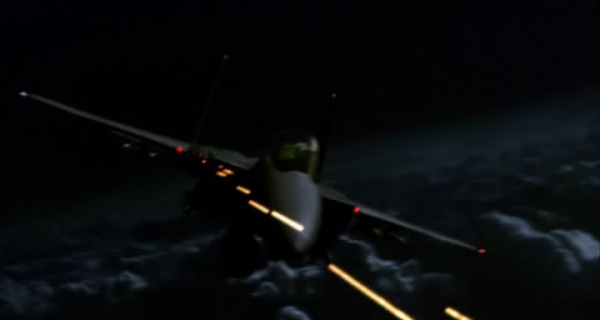 Howa 84RR, Japanese manufactured version of Carl Gustav M2 AT rocket launcher, are used by JGSDF unit during the first encounter with Iris. These guns appear to be genuine. 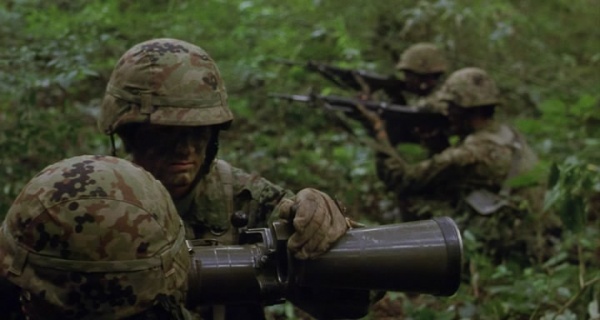 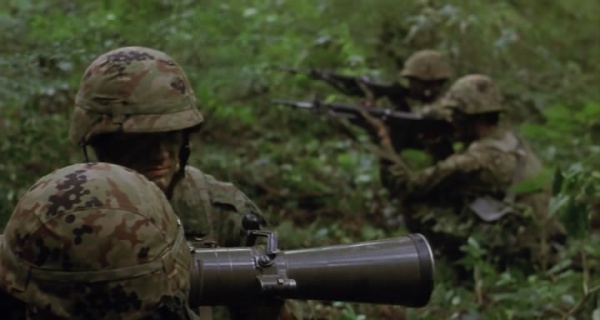 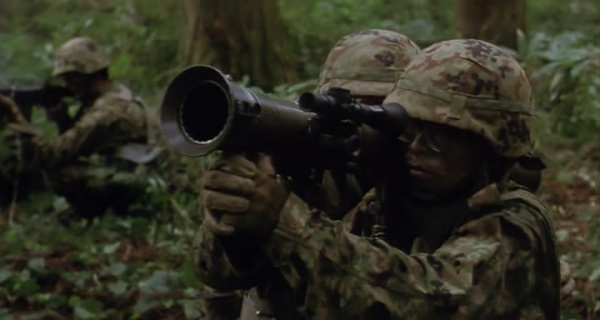 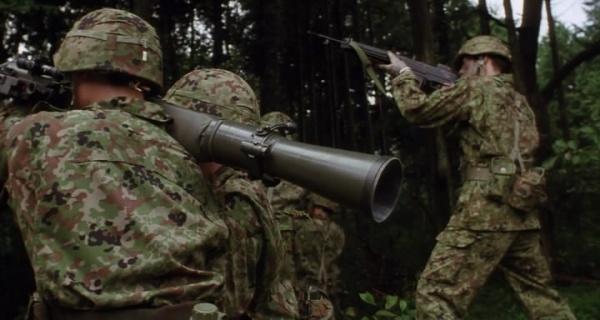 A view from rear.

In the same scene the Japanese manufactured version of the Panzerfaust 3 rocket launcher are also used.

A Panzerfaust 3 is used to engage Iris in the forest.
Retrieved from "https://www.imfdb.org/index.php?title=Gamera_3:_The_Revenge_of_Iris&oldid=1311021"
Categories: