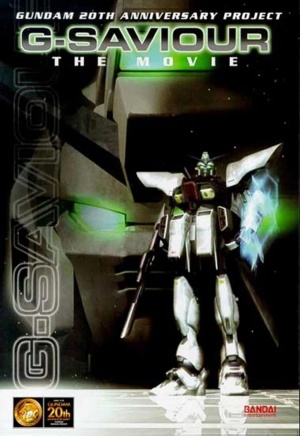 G-Saviour is a 1999 film that was the second attempt at using live-action acting in the Gundam franchise (the first being the FMV based video game Gundam 0079: The War for Earth) and the second to be produced first in English then dubbed in Japanese (the first also being The War for Earth). It is set in the year UC0223, 143 years after the end of the original series, yet features technology inferior to that seen earlier in the timeline with no clear explanation. It was panned in part due to its extensive use of early CGI, which looked unnatural next to live-action footage even when portraying mechanical objects in the void of space.

The following weapons were used in the film G-Saviour: 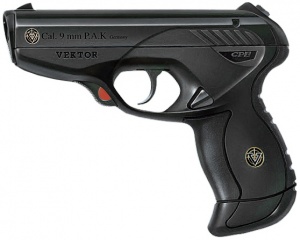 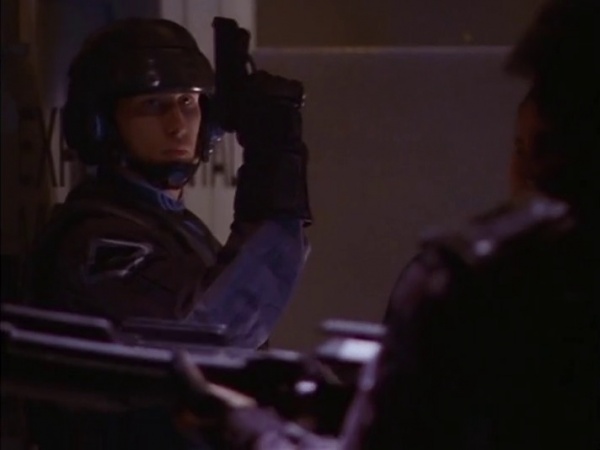 Halle takes out his sidearm during a raid in the Hydro-Gen underwater rig.

The Colt M4/M4A1 is seen with CONSENT soldiers through the movie. The carbine is used as the basis of a CONSENT-issed assault rifle, similar to the mockup rifles used in Starship Troopers, given that the CONSENT-issued gear is also taken from the same movie. 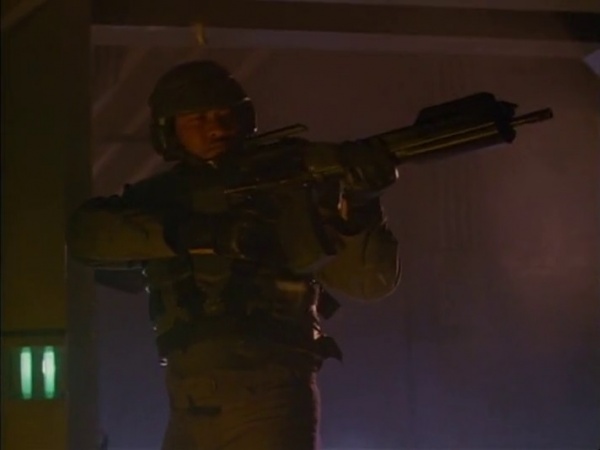 One of the few good shot of the M4/M4A1 with a CONSENT soldier with futuristic furniture in the Hydro-Gen underwater rig. 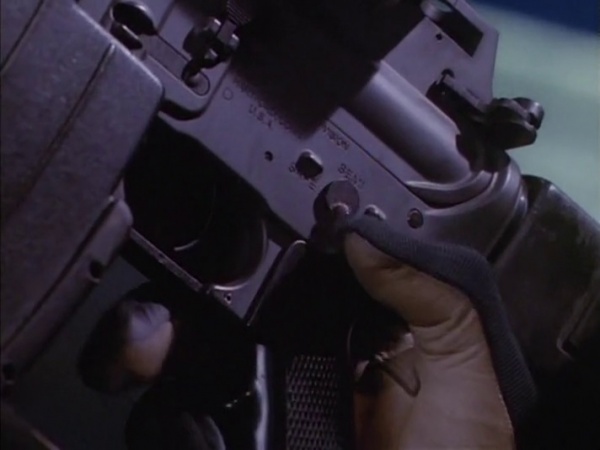 A CONSENT soldier puts his thumb on the selector switch. Note that the markings (if you look carefully) mentions "Hartford, Connecticut" in the markings, showing that the carbine used are Colt-made and not Diemaco (later Colt Canada) versions since the latter doesn't allow their small arms to be sold to film/TV production companies. 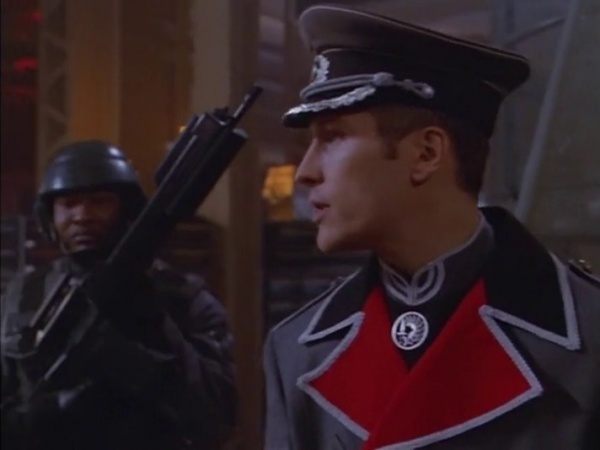 Another shot of the mocked up carbine next to Lt. Col. Halle. 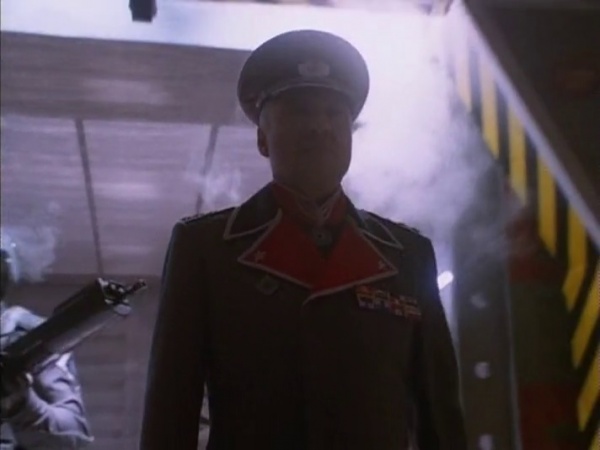 This shows a good shot of the carbine's barrel when a CONSENT soldier escorts General Garneaux inside Gaea after Side 8 was raided by CONSENT mobile suits.
Retrieved from "https://www.imfdb.org/index.php?title=G-Saviour&oldid=1450452"
Categories: