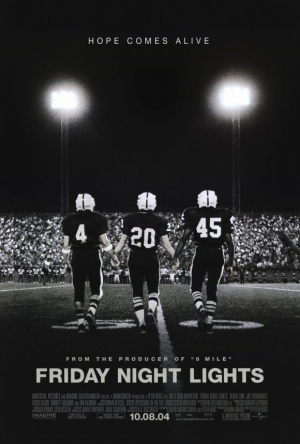 Friday Night Lights is a 2004 sports drama directed by Peter Berg and is based on the non fiction book Friday Night Lights: A Town, a Team, and a Dream written by H. G. Bissinger. As with the book, the film follows members of a small Texas high school football team through one season on their run towards a state championship. The film would later spawn a 2006 NBC television series. The film's cast included Billy Bob Thornton, Lucas Black, and Derek Luke.

The following weapons were used in the film Friday Night Lights: