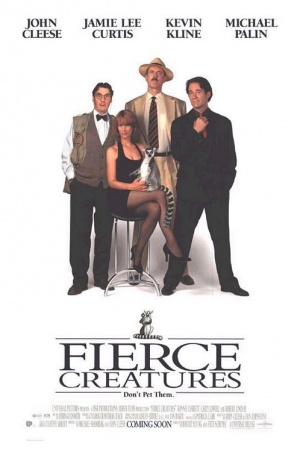 Fierce Creatures is a 1997 comedy directed by Robert Young and Fred Schepisi starring John Cleese, Jamie Lee Curtis, Kevin Kline and Michael Palin. It is the spiritual sequel to 1988's A Fish Called Wanda, reuniting most of the cast members, although playing all new characters with a completely unrelated story.

The following weapons were used in the film Fierce Creatures:

Rollo Lee (John Cleese) uses a Smith & Wesson Model 10HB in the film. This is likely his service weapon after twenty years on the Royal Hong Kong Police Force. 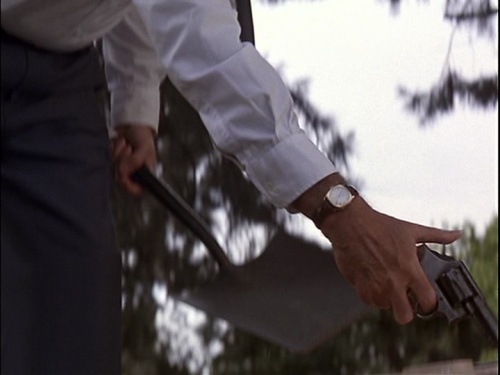 Rollo picks up his revolver after supposedly euthanizing five of the zoo animals. 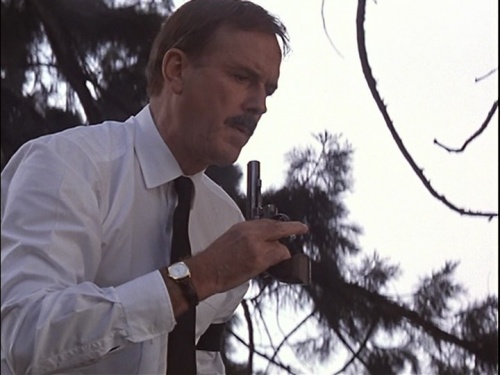 Rollo blows on the muzzle. In deference to the occasion, he is wearing a black band on his left arm. 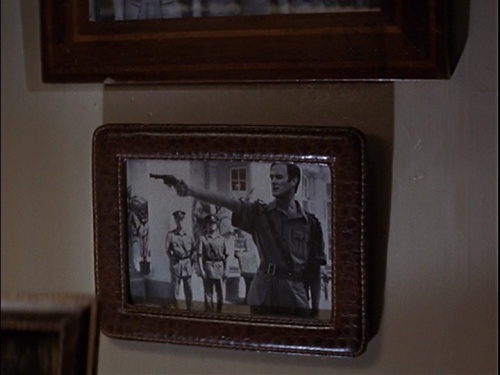 An old photo of Rollo with his revolver during his days with the RHKPF. This appears to a spliced photo (or whatever they did before Photoshop.)

The Marwood Zoo keeps at least a pair of Remington Model 700 rifles on hand to deal with the animals if necessary. Hugh Primates (Richard Ridings) takes one with a scope, and Rollo takes another without a scope. 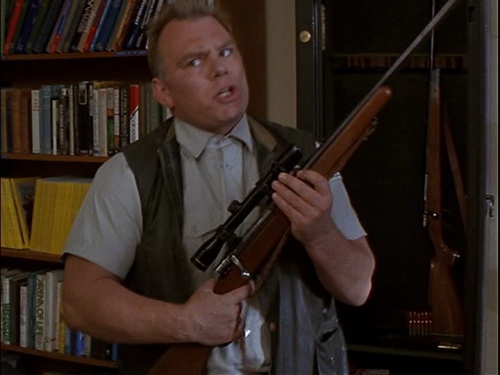 Hugh Primates with the Remington Model 700. 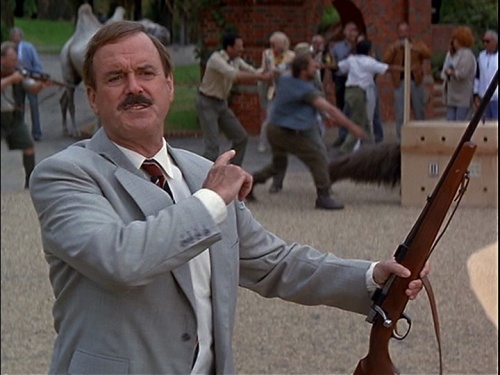 Rollo with what appears to be the same rifle as above, but with the scope removed. 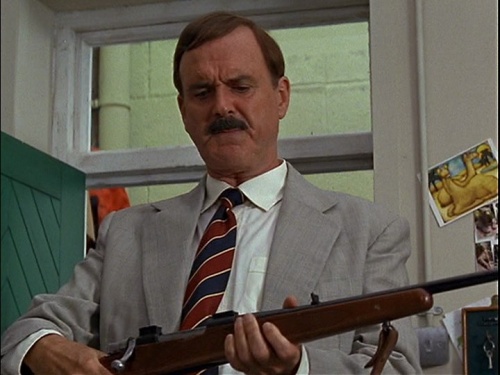 Rollo jokes that the sights are off, as he can't seem to hit any of the zoo keepers he was aiming for. 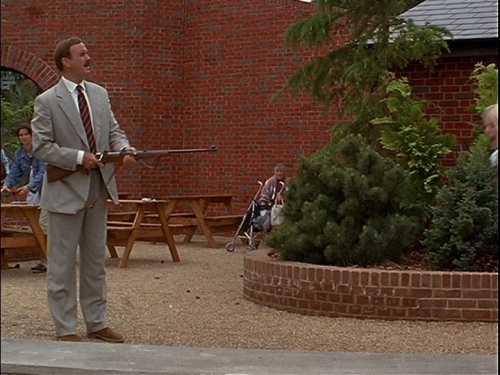 The zoo also keeps a Single Barreled Shotgun on hand, which Ant Keeper (Michael Percival) takes. He later hands it off to Cub Felines (Carey Lowell). 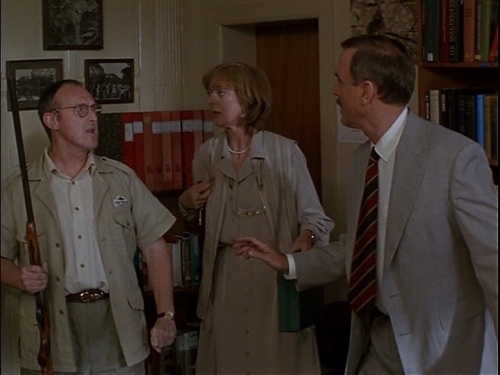 Ant Keeper with the shotgun. 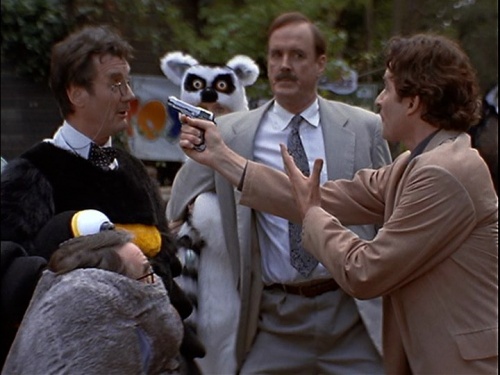 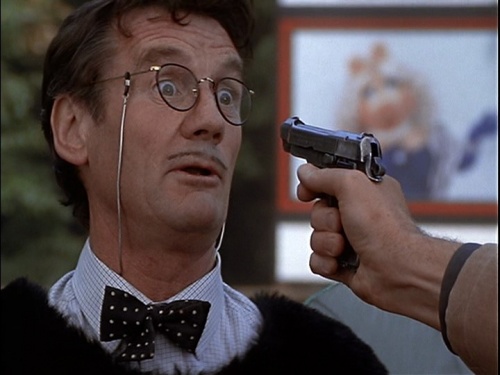 A closeup of the Beretta in Bugsy's face. 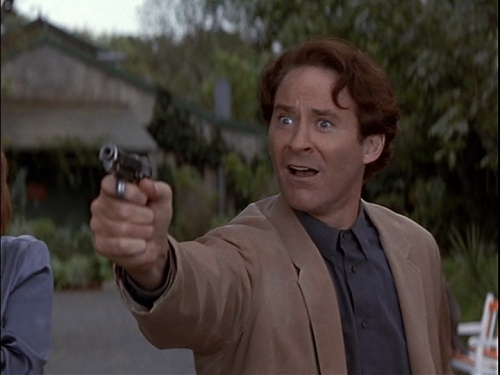 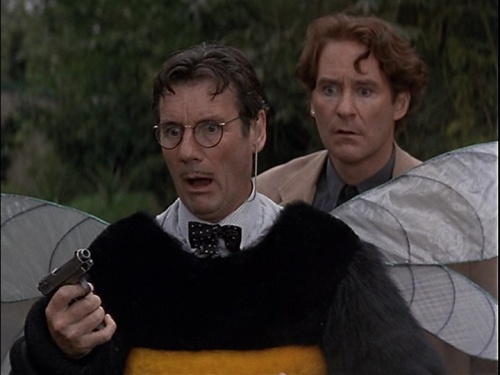 Bugsy with the Beretta. 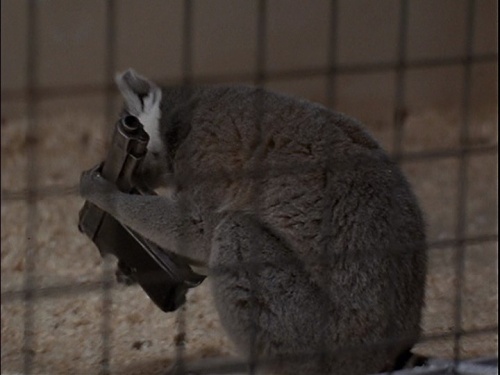 A lemur (uncredited) with the Beretta.

Rollo grabs another bolt-action rifle from the zoo armory, but in a continuity error, it was later replaced with Hugh Primates' Remington Model 700. 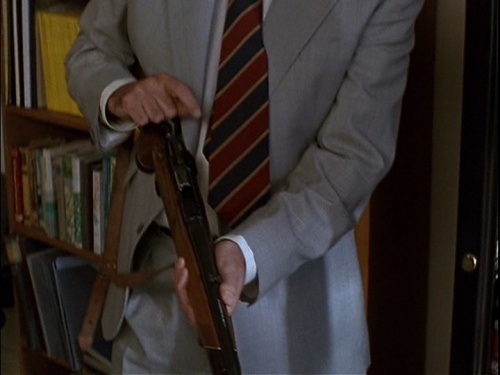 The black accents on the stock indicate this is not the same rifle as above. It's also clear there's no ammunition in the rifle.
Retrieved from "https://www.imfdb.org/index.php?title=Fierce_Creatures&oldid=747462"
Categories: