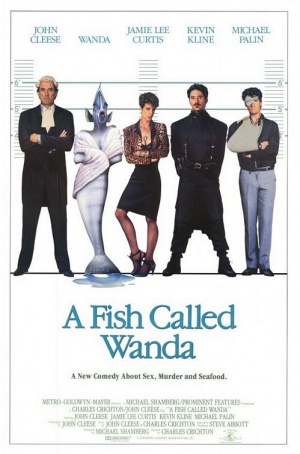 The following weapons were used in the film A Fish Called Wanda:

Otto (Kevin Kline) uses a Walther P5 throughout the film, using it suppressed and unsuppressed between scenes. 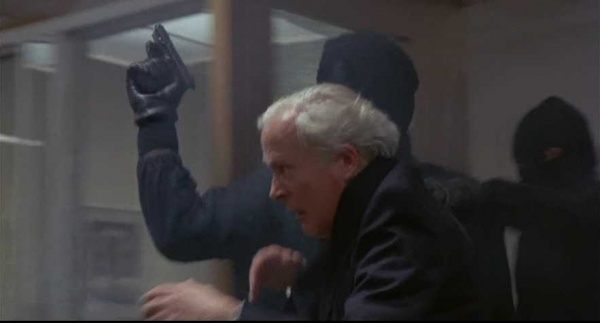 Otto with his P5 during the diamond heist 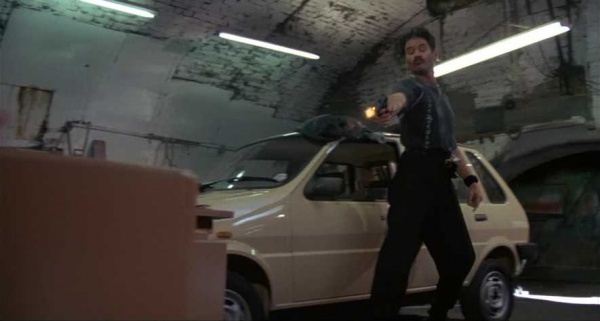 When he realizes that the loot is gone, Otto fires at the safe in a rage, which is what he calls "thinking". Note: In this scene, his gun shots sound silenced, although his gun is clearly unsuppressed 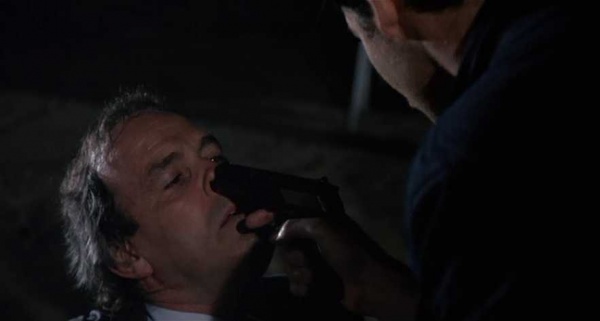 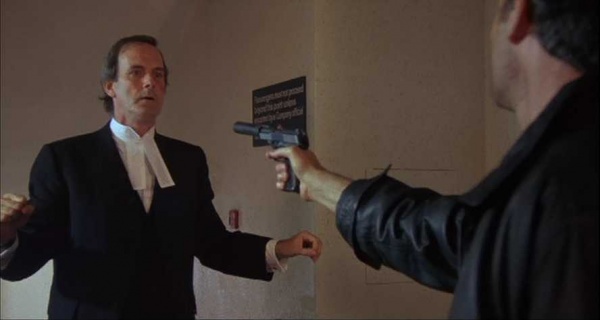 Once again, Otto aims his Walther P5 at Archie 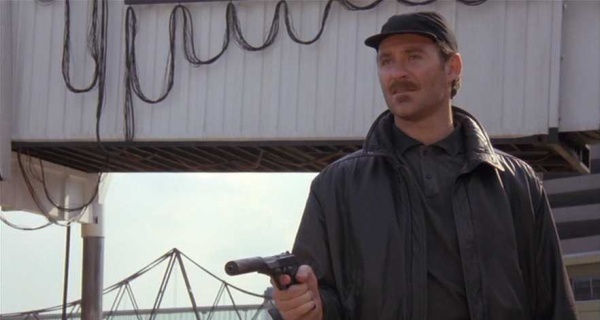 Otto points his gun during the finale, before discovering that he has become stuck in cement

When trying to kill Ms. Coady (Patricia Hayes), Ken (Michael Palin) uses a suppressed Ruger Mini-14, but inadvertently (and ironically) kills one of her dogs instead.

Ruger Mini 14 GB-F with folding stock, version in film has the standard barrel. 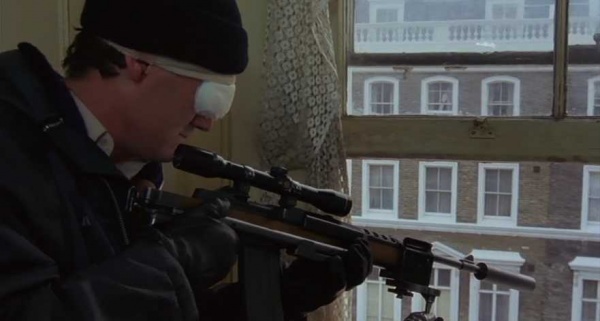 Ken attaches the Ruger to the stand 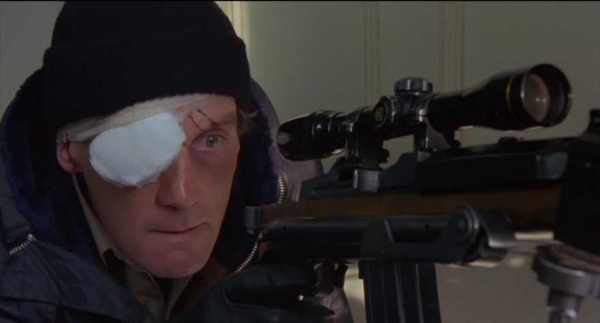 Ken aims at the lever holding the safe

George Thomason (Tom Georgeson) uses a Sawed Off Shotgun during the diamond heist. 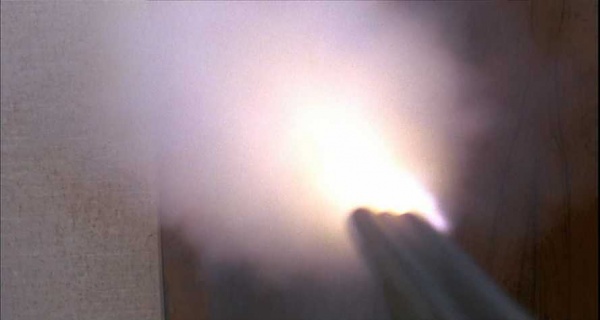 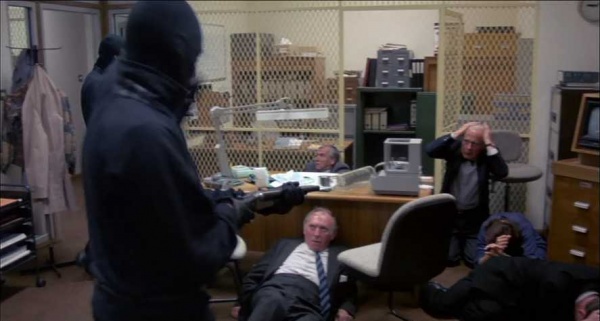 George holds his shotgun on the hostages 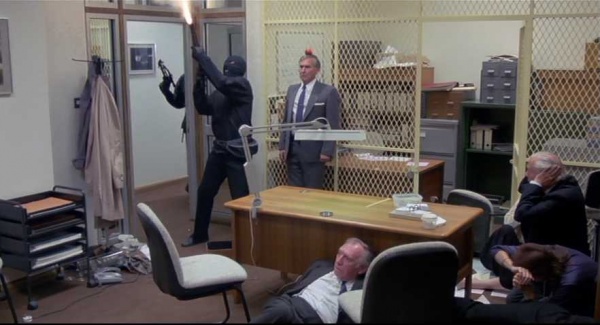 George fires the shotgun into the air
Retrieved from "https://www.imfdb.org/index.php?title=A_Fish_Called_Wanda&oldid=713644"
Categories: