The following weapons were used in the film Fair Game: 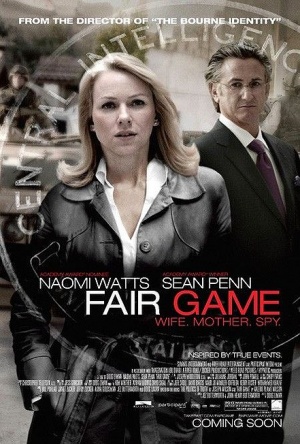 A Heckler & Koch MP5A3 with a Surefire forend and a possible EOTech sight is carried by an airport security guard during news footage of the aftermath of the infamous 9/11 terrorist attack.

An airport security guard with a modified MP5A3.

U.S. Honor Guard detail firing their M16A2 rifles in the air during a funeral.

A Nigerian soldier with a slung Norinco Type 56.

A possible PKM appears in the news footage of terrorism in the Middle East.

A PKM can be seen mounted on a technical in news footage.

A Browning M1919A4 is seen mounted on a Nigerian jeep guarding a "yellowcake" site.

A Nigerian soldier in the background manning a Browning M1919.
Retrieved from "https://www.imfdb.org/index.php?title=Fair_Game_(2010)&oldid=1300562"
Categories: