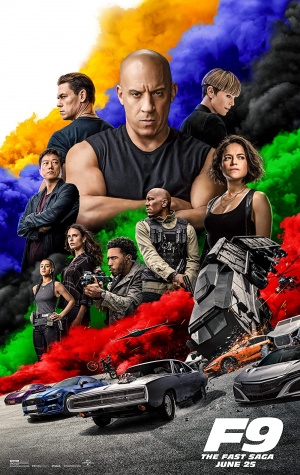 F9: The Fast Saga (also known as F9 and Fast & Furious 9) is the ninth installment in the Fast & Furious film franchise. The 2021 sequel finds Dominic Toretto (Vin Diesel) and his crew having to square off once again against their adversary Cipher (Charlize Theron) well as new threat Jakob (John Cena), who happens to be the estranged brother of Toretto. The cast for the sequel includes most of the film series' regulars including other newcomers Cardi B, Michael Rooker and Finn Cole. The film, which was directed by Fast & Furious veteran Justin Lin, was scheduled for release on May 22, 2020, but was delayed until its US release on June 25, 2021.

The following weapons were used in the film F9: The Fast Saga:

A Glock pistol mounted in a CAA Micro RONI

During a confrontation in London, Jakob Toretto (John Cena) pulls a Grand Power X-Calibur against his brother Dominic (Vin Diesel), who takes the pistol from him. 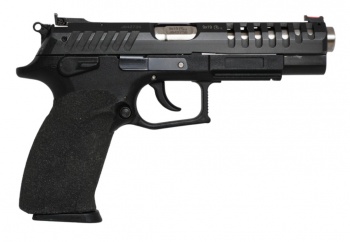 Jakob Toretto (John Cena) and many of his henchmen use Kimber Custom TLE/RL II (TFS) pistols. Han (Sung Kang) briefly picks one up and attempts to use it during a fight. 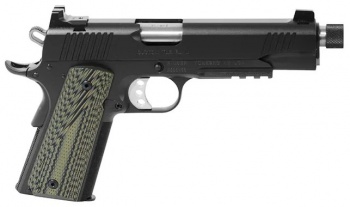 Roman Pearce (Tyrese Gibson) takes an AKM from a soldier in Montequinto and uses it.

Some of Otto's operatives are seen with DRD Tactical Paratus rifles.

A Browning M2 with a custom muzzle brake is mounted on an armored vehicle.