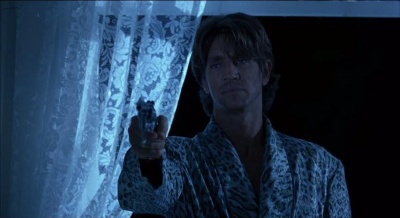 Eric Roberts with a Smith & Wesson Model 66 in Heaven's Prisoners. 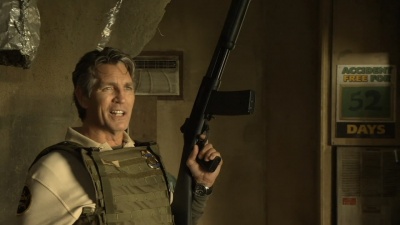 Eric Roberts with a shortened Valtro PM5 shotgun in Hunt to Kill.

Eric Roberts is an American actor who is well known to movie audiences for his villainous roles in such films as Heaven's Prisoners, The Specialist, and The Dark Knight. He also is the brother of actress Julia Roberts and the father of actress Emma Roberts.