Death in the Garden

Death in the Garden is a 1956 French-Mexican adventure film directed by Luis Buñuel. In a fictional South American state, police forces terrorize the population. In a small and remote village, a group of diamond miners refuses to be bullied and rehearses the uprising. The adventurer Shark flees into the depths of the jungle with a priest, the whore Djin and two other companions. The inhospitable environment turns into hell for the adventurers and increasingly leads to tensions within the group that degenerate into tangible confrontations.

The following weapons were used in the film Death in the Garden: 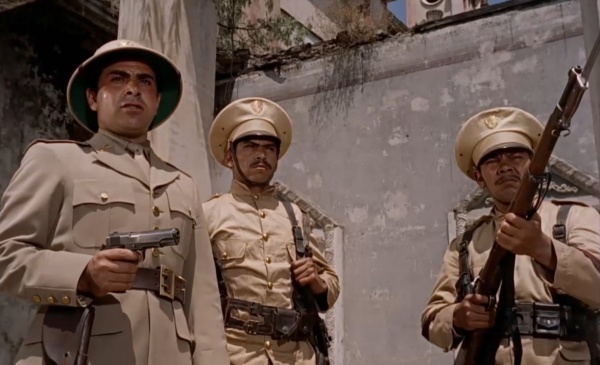 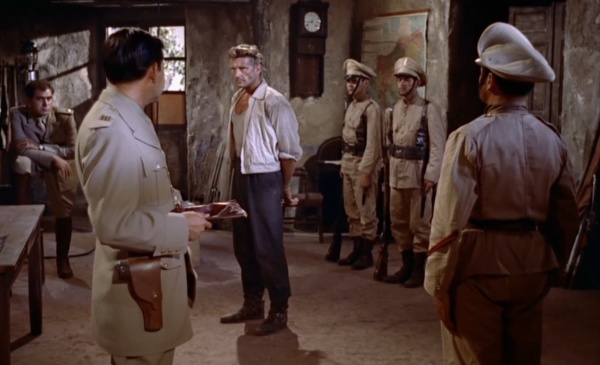 The Colt of Captain Ferrero in his holster. 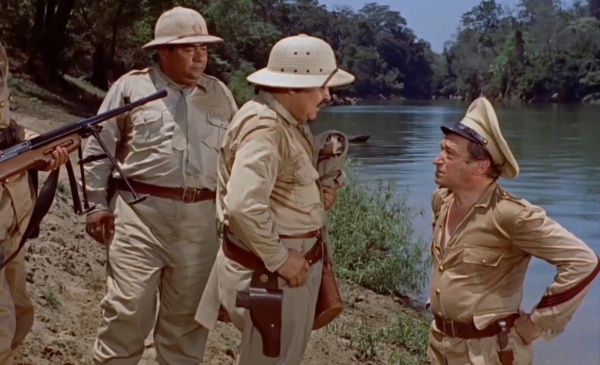 The First lieutenant keeps also a Colt in holster. 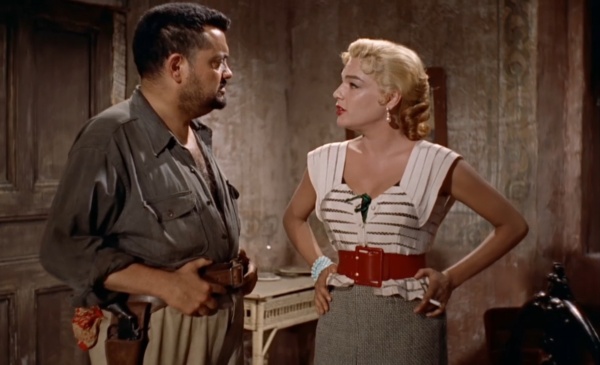 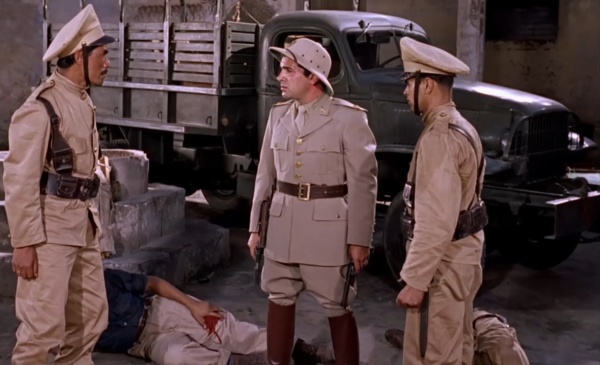 A captured revolver in the hand of Second Lieutenant Jiménez. 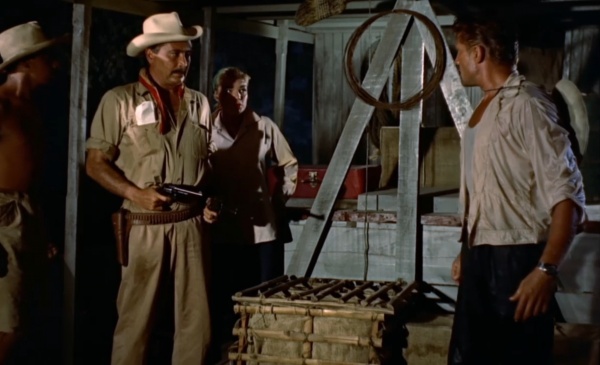 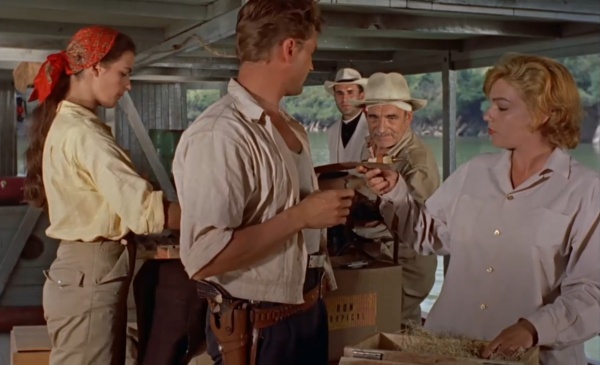 The grip of Shark's S&W is seen as Djin (Simone Signoret) hands over another revolver. 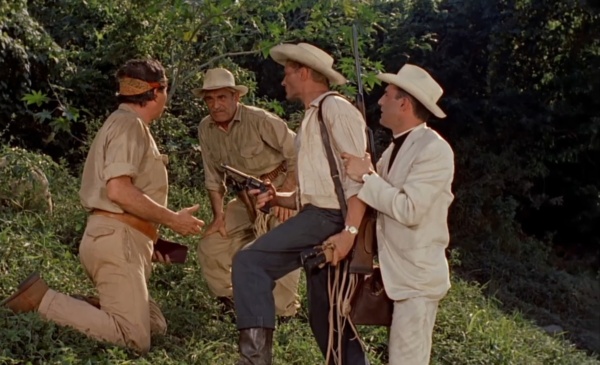 Shark points his revolver at Chenko. 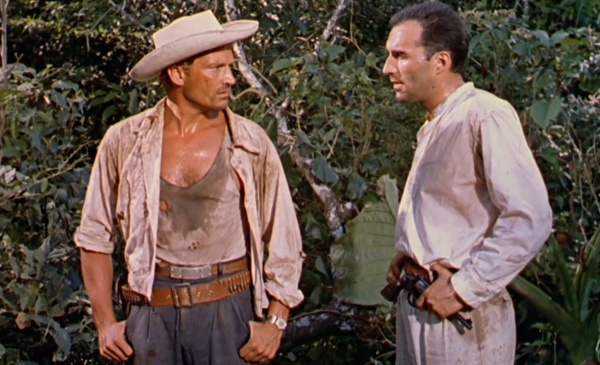 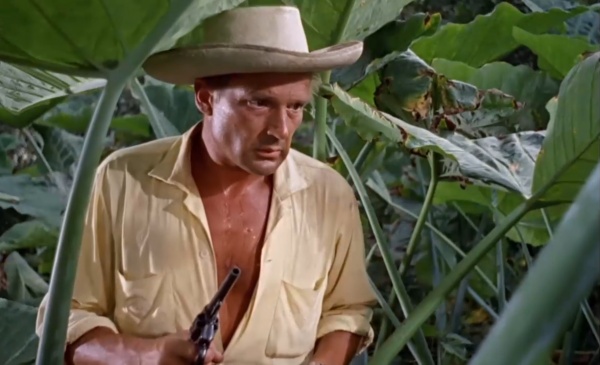 A front view of Shark's revolver.

The soldiers are armed with M1936 Mexican Mausers which are also seen in the hands of miners and Shark. 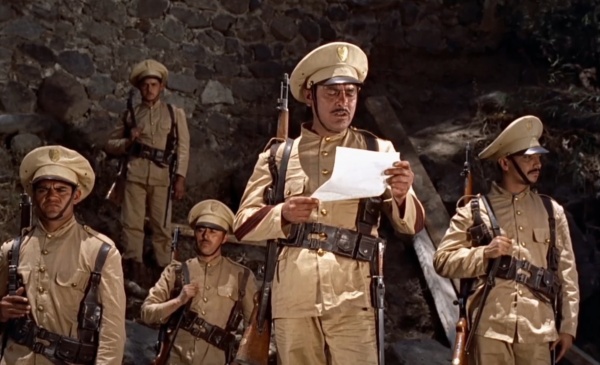 Soldiers with their slinged Mausers. 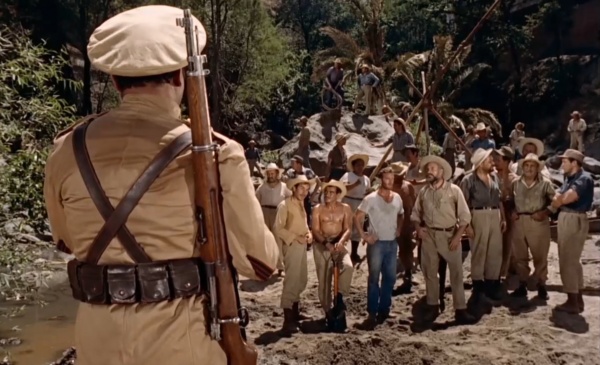 A detailed view of the Sergeant's rifle. 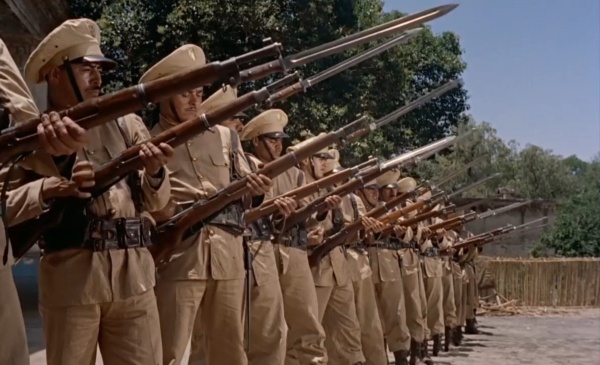 Soldiers chamber their Mausers fitted with bayonets while facing the miners.

What appears to be Garate El Tigre rifles are used by some miners. 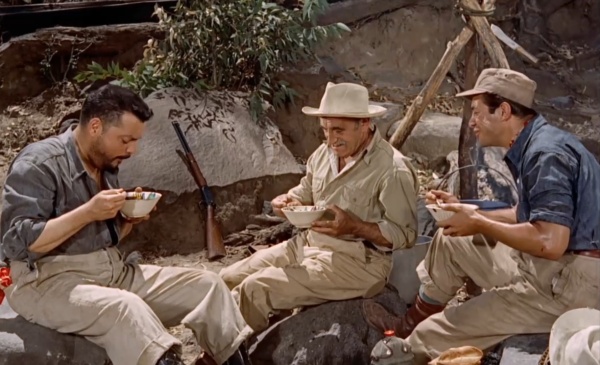 A rifle in the background between Alberto and Castin.

A scoped Winchester Model 70 is seen with Shark and Castin. 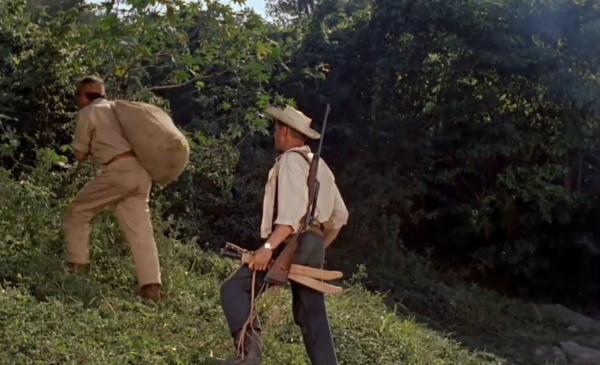 A full view of the left side. 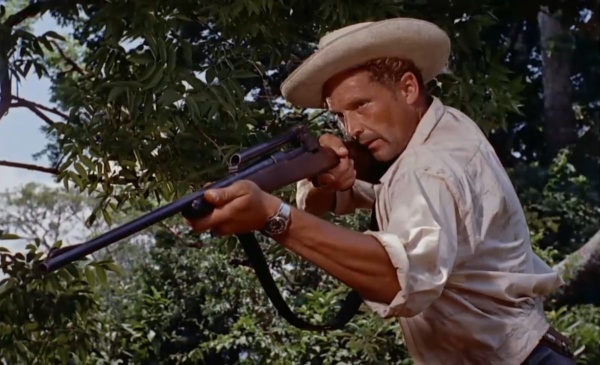 Shark looks through the scope. 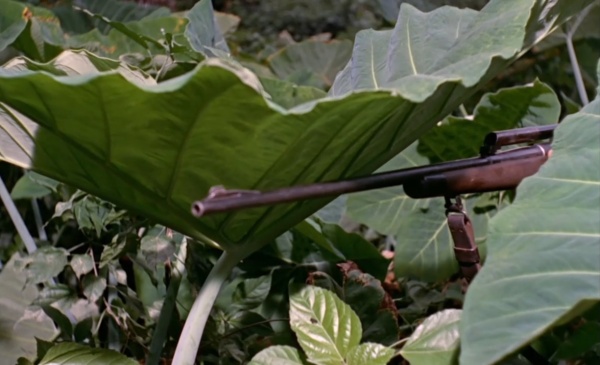 A view of the rifle's muzzle aimed by Castin.

A Browning M1919A4 is used by the soldiers during the night riot. 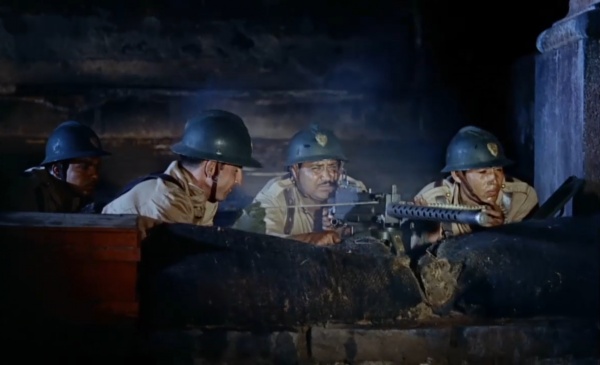 The Browning is fired by the soldiers.

One of Captain Ferrero's men has a Mendoza M1934 LMG. 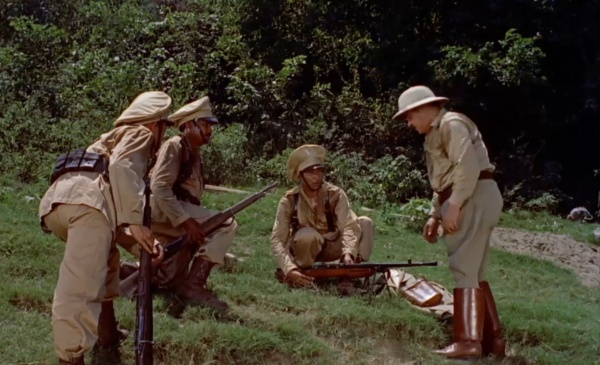 The sitting soldier with his unloaded Mendoza LMG. 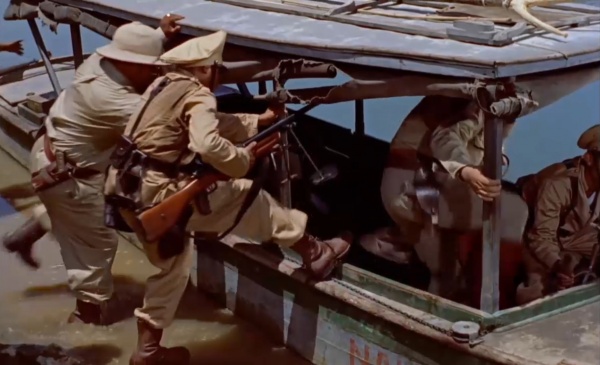 The slightly better view of the machine gun. 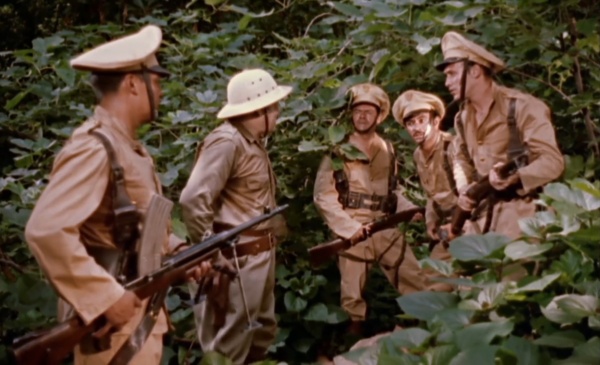 The loaded machine gun carried by the soldier.
Retrieved from "https://www.imfdb.org/index.php?title=Death_in_the_Garden&oldid=1445163"
Categories: