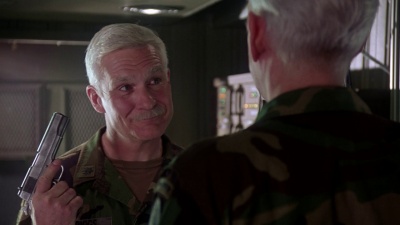 Dale Dye is a retired US Marine Captain who founded "Warriors, Inc.", a company that provides advice and training in proper military techniques to Hollywood productions. He has served as military technical adviser on such films and television shows as Platoon, Saving Private Ryan, Band of Brothers and The Pacific.