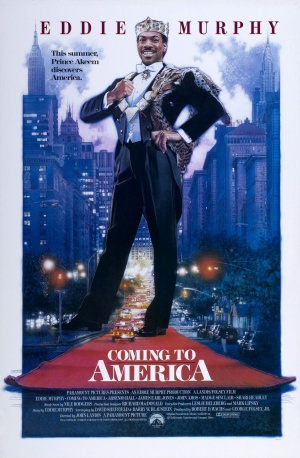 Coming to America is a 1988 romantic comedy directed by John Landis and stars Eddie Murphy as Akeem Joffer, the prince of the fictional African country of Zamunda, who travels incognito to Queens, New York, in search of a bride. The cast includes Arsenio Hall, John Amos, James Earl Jones, Shari Headley, and Samuel L. Jackson. Murphy and the majority of the cast would return for the 2021 Amazon Prime original sequel, Coming 2 America.

The following weapons were used in the film Coming to America:

A Hold-up Man (Samuel L. Jackson) attempts to rob the McDowell's restaurant while armed with an Ithaca 37 shotgun with a pistol grip. After Akeem (Eddie Murphy) disarms him, Semmi (Arsenio Hall) picks it up and covers the Hold-up Man with it. 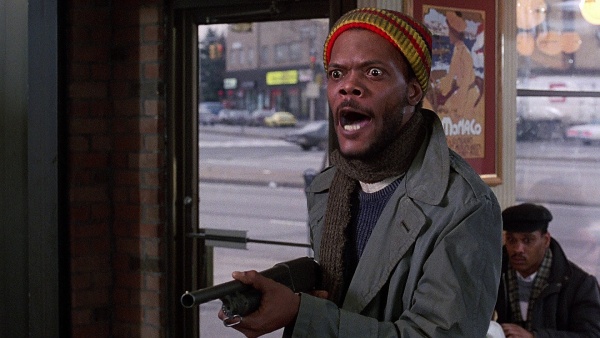 A Hold-up Man (Samuel L. Jackson) attempts to rob the McDowell's restaurant armed with an Ithaca 37 shotgun with a pistol grip. 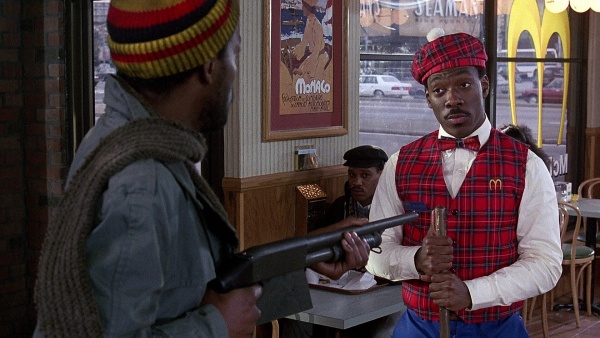 The Hold-up Man holds the Ithaca 37 on Akeem (Eddie Murphy). 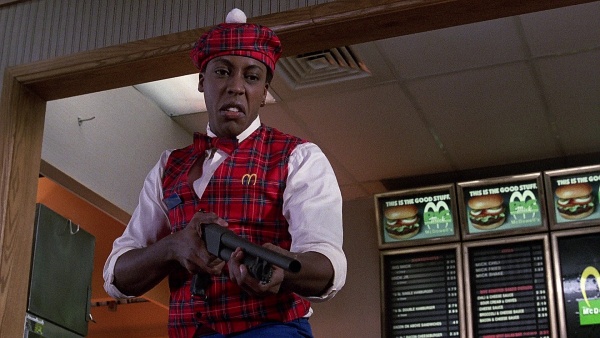