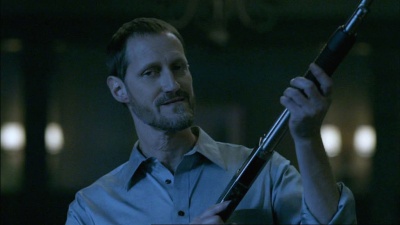 Christopher Heyerdahl is a Canadian-born actor who is well known to television audiences for his roles in numerous science fiction series, including Supernatural, Sanctuary and Stargate: Atlantis as well as for his role as Thor "The Swede" Gundersen in Hell on Wheels. He also is a distant relative of famed Norwegian adventurer Thor Heyerdahl.