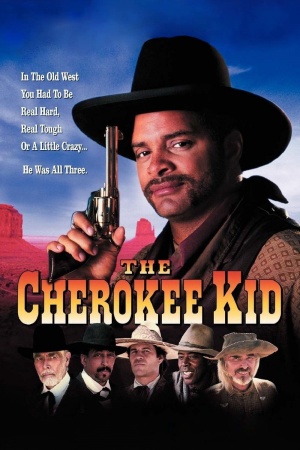 The Cherokee Kid is a 1996 HBO western starring Sinbad as "The Cherokee Kid", an ordinary black man who finds himself seeking revenge against the greedy speculator who took his land. The film's cast included James Coburn, Burt Reynolds, Gregory Hines, and Ernie Hudson.

The following weapons were used in the film The Cherokee Kid:

As with most westerns, the Colt Single Action Army revolver appears in the hands of many characters in the film, including Isaiah Turner (Sinbad), aka "The Cherokee Kid". 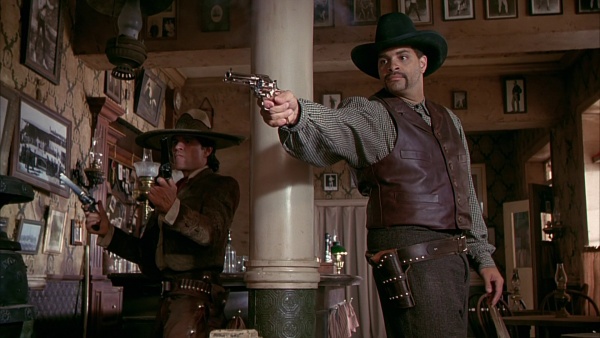 A Colt Single Action Army revolver appears on the right in the hands of Isaiah Turner (Sinbad), aka "The Cherokee Kid".

Dual Remington 1875 revolvers are wielded by Juan Cortina (A Martinez). 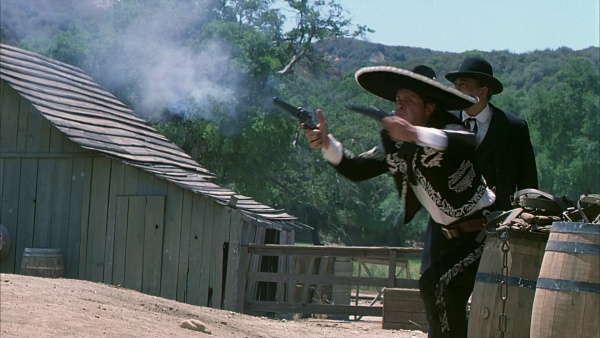 Dual Remington 1875 revolvers are wielded by Juan Cortina (A Martinez).

The Winchester Model 1873 Saddle Ring Carbine is used by several characters in the film. 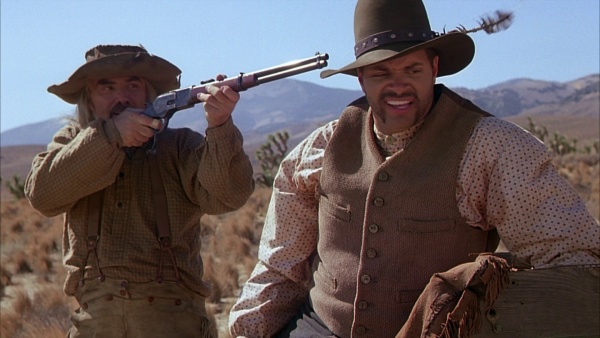