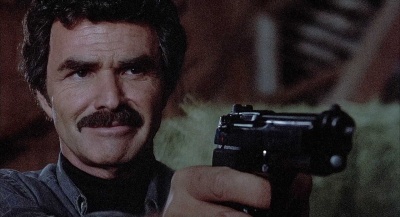 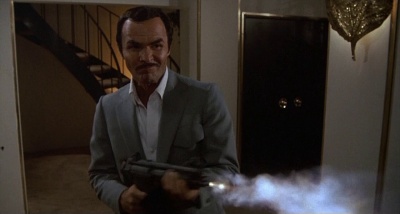 Burt Reynolds with a chopped and converted Heckler & Koch HK94 as Ernest "Stick" Stickley in Stick. 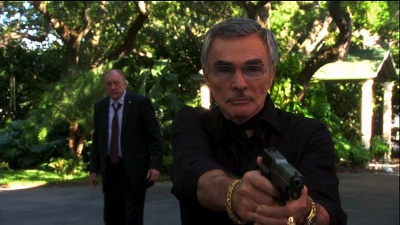 Burt Reynolds with a SIG non-gun as Paul Anderson in Burn Notice.

Burt Reynolds (1936–2018) was an American actor/director who became one of the biggest movie stars of the 1970's, starring in such films as Deliverance, The Longest Yard, The Cannonball Run, and Smokey and the Bandit and its sequel. In addition to his numerous acting roles, Burt directed himself in several films including Gator, Sharky's Machine, and Stick. He would also star in the television series Evening Shade from 1991 to 1994. Reynolds would receive an Academy Award nomination for Best Supporting Actor for his role as Jack Horner in the 1997 film Boogie Nights. Reynolds passed away due to cardiac arrest on September 6, 2018.

See the Discussion for the films in the IMFDB directed by Burt Reynolds.