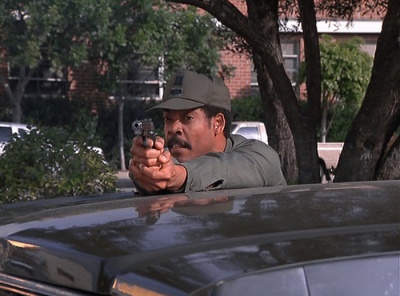 Carl Franklin holds an M1911A1 as Capt. Crane in The A-Team.

Carl Franklin is an American actor perhaps best known to television audiences for his role as Captain Crane in the series The A-Team. He since has gone on to direct several feature films including Out of Time and One False Move.

See the Discussion for the films in the IMFDB directed by Carl Franklin.