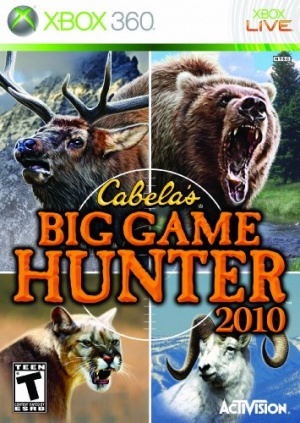 (Note: These screens were taken by camera on a TV, so that is why they might not be the highest quality but at least they are something.)

The following firearms are featured in the video game Cabela's Big Game Hunter 2010.

A Taurus Tracker is featured in the game, and holding only 5 rounds. Called the ".44 Magnum" in-game, it is mounted with a low-optic scope. Used as a back-up, especially against dangerous game like puma and bear. 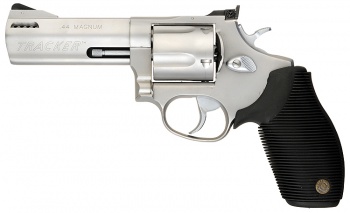 Taurus Tracker Model 44 (not to be confused with the Taurus Model 44, which is part of the "Raging" series of revolvers, of which the Taurus Raging Bull is a part) - .44 magnum 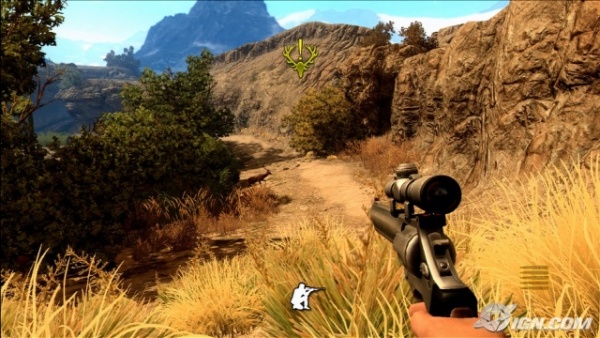 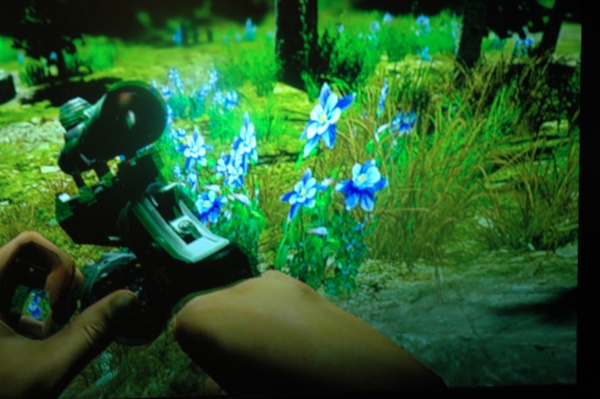 The Bushmaster Varminter appearing as the X-15 .223 Rifle, is featured in the game with a 5 round magazine and forest camo finish. An AR variant. Not the most powerful rifle, but it gets the job done as long as you hit the creature's vitals and it gets you a better score, as does all lower-caliber guns because they increase the trophy's integrity. 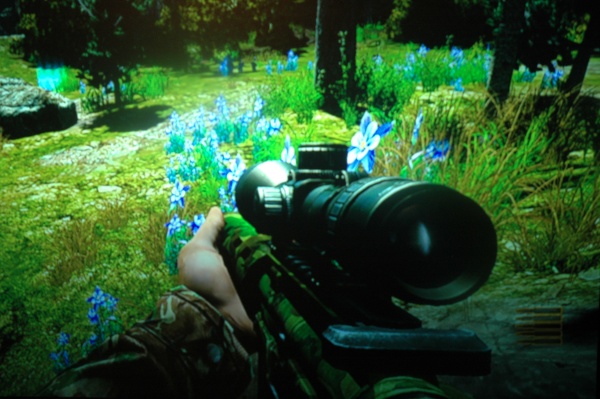 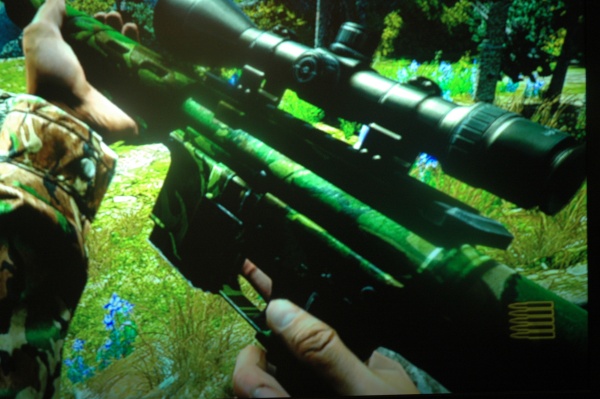 A Remington R25 chambered in .308 Winchester is featured in the game as the second auto-loader you unlock in .308 Winchester, holding 4 rounds. It seems like the devs basically used the same model for the X-15 and the R25 but put desert camo finish on the R25 instead of forest, like the camo on the X-15. 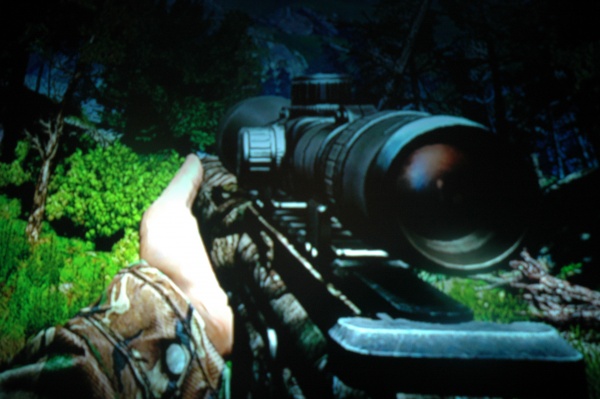 A screen of the Remington Model R25 in .308 Winchester. 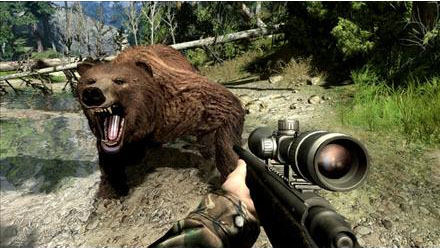 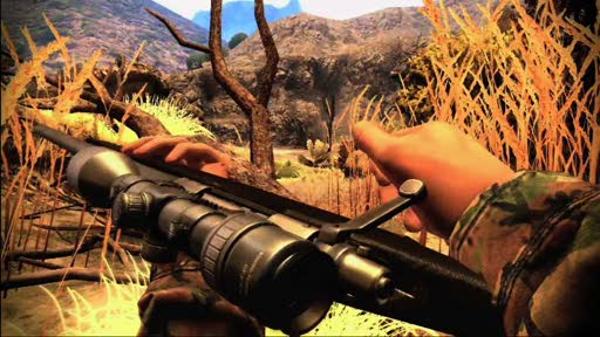 The Remington Model 700 BDL chambered in .270 Winchester is featured in the game. It is the second low-caliber firearm you unlock, chambered in .30-06 Springfield. It has a wood body. 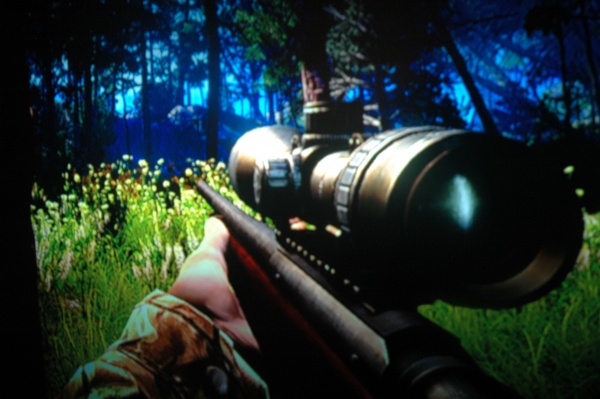 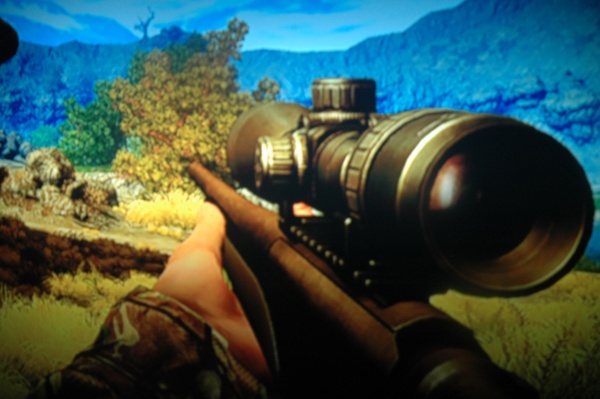 The Remington Model 750 is featured in the game with wood stock and fore-end chambered in .30-06 Springfield with a 5-round magazine. 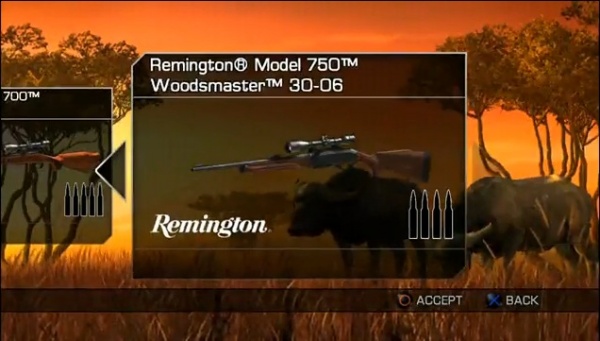 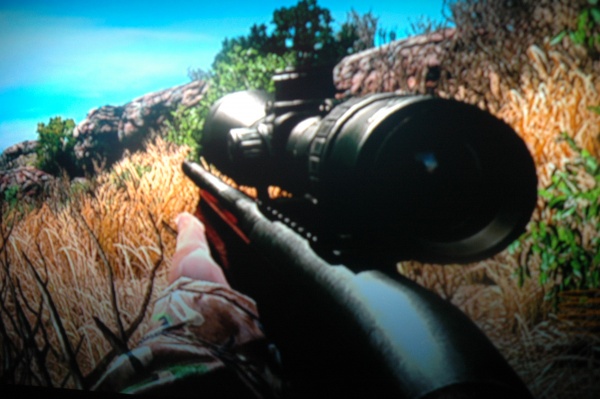 A screen of the Remington Model 750 Woodsmaster, .30-06 Springfield.

The Thompson/Center Triumph Bone Collector .50 caliber muzzleloader is featured in the game, surprisingly as a low-caliber rifle despite the actual gun's large caliber. Of course, reloading is a lengthy process but the damage is pretty good and skilled players should be able to take down animals with one shot anyway. Features a black and chrome finish. 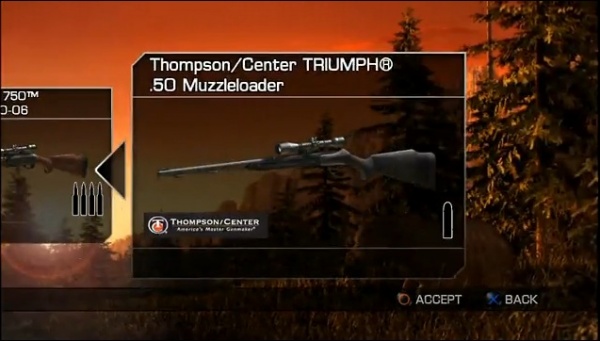 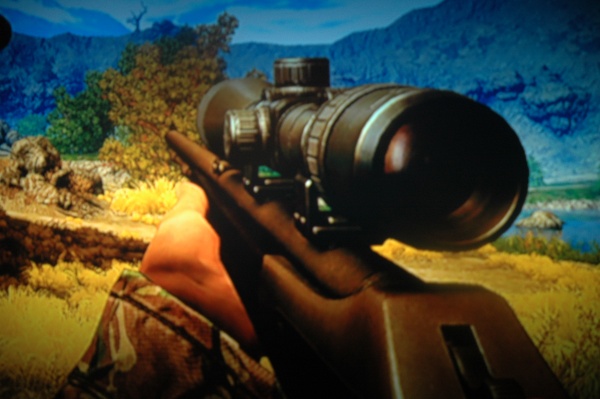 A screen of the Thompson/Center Triumph - .50 Magnum.

The CZ 550 Safari Magnum chambered in .416 Rigby is featured in game and is the third large-caliber rifle you unlock with considerable damage, holding three rounds and bolt-action. Effective against dangerous game, bad against regular game due to unnecessarily high damage. 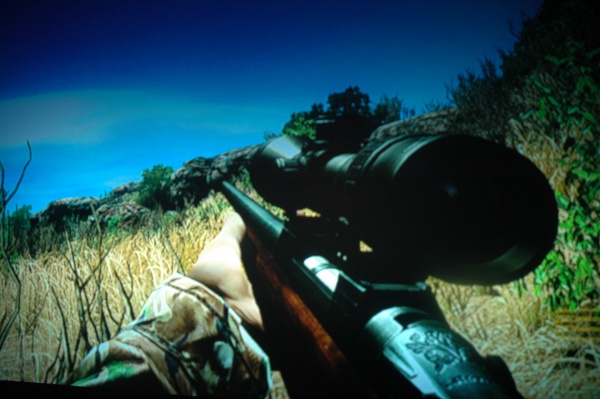 The Holland & Holland 'Round Action Sidelock' Double Rifle is featured in the game chambered in .500 Nitro Express. The most powerful firearm in the game, last to unlock and classed a large-caliber, of course. Called the "Order Custom .500" in the game. 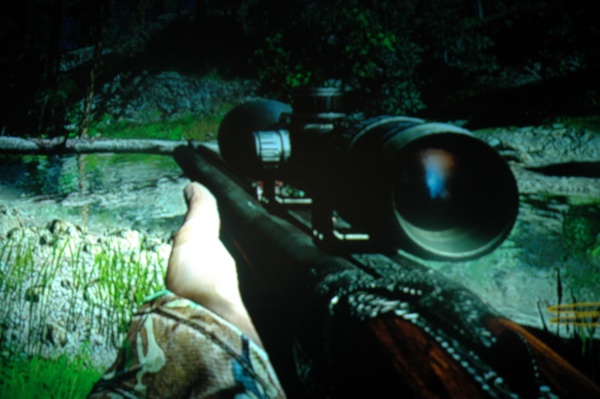 A screen of the Holland & Holland 'Round Action Sidelock' Double Rifle, .500 Nitro Express.

A Remington Model 870 Shotgun 12 gauge is in the game. Though it is pump-action and holding two less shells than the K&H Auto 12 Gauge, it is still a good choice because it actually can be fired faster! How a pump-action fires faster than a semi-auto is anyone's guess. Second of two shotguns to unlock. 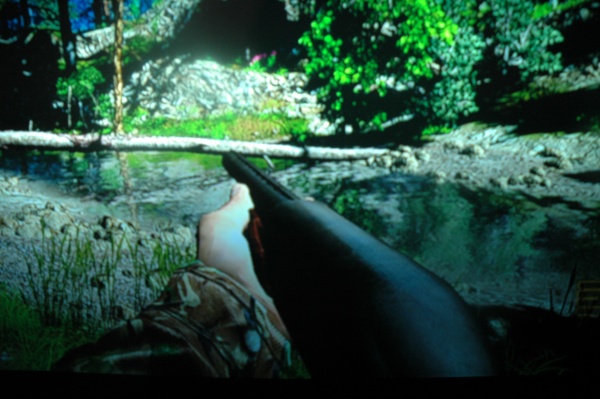 Apparently a fictional semi-auto shotgun, it holds 6 rounds but has a pretty long delay between successive shots. In the game the company that makes it is said to be K&H, presumably fictional. 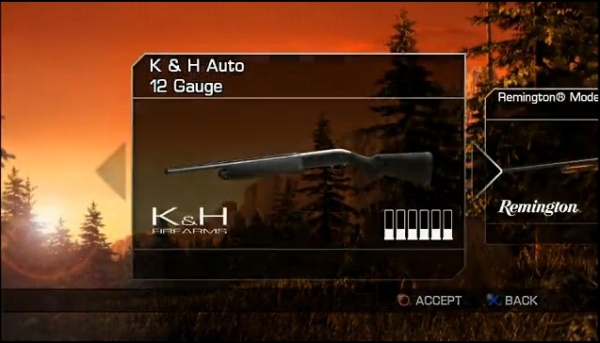 In the game there is a crossbow with a scope called the "Orion Crossbow", said to be made by "The Order", the hunting club you are trying to get into. Categorized under the large-caliber rifle class. 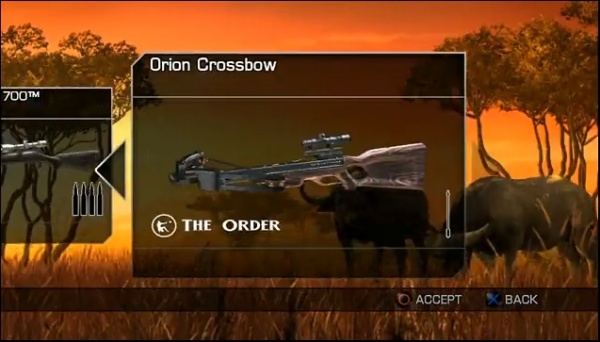 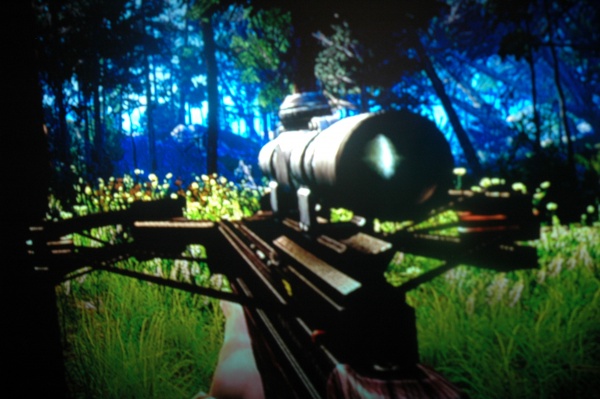 A screen of the Crossbow.