The Browning BDM is a semi-automatic pistol designed and manufactured by the Browning Arms Company from 1991 until production ceased in 1998. Similar in appearance to Browning's Hi-Power and BDA pistols, the BDM was actually a new design created to compete in service trials as a standard issue pistol for the United States Federal Bureau of Investigation. However, the BDM was not ultimately adopted for issue by the FBI, and was instead sold only in the private market. The BDM is unique for its hammer firing mechanism, which was designed with a trigger "mode" switch installed on the left-hand side of the slide (actually only a flush inlaid disk with a bisecting groove), toggling between double-action/single-action (DA/SA) mode, and the double-action-only (DAO) mode, which uniquely allows the user to cock the hammer unlike a traditional DAO system. This mode switch is what gives the handgun its name, with BDM standing for "Browning Dual Mode" or "Browning Double Mode". 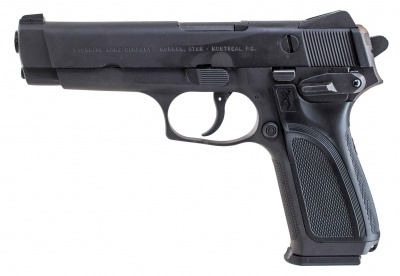 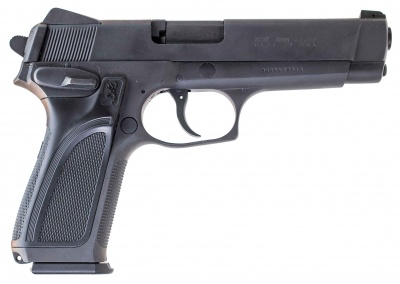