The Brothers Grimm is a 2005 fantasy tale directed by Terry Gilliam. The film stars Matt Damon and Heath Ledger as the title characters, who encounter supernatural forces while traveling through French-occupied Germany in 1811 and their experiences supposedly would inspire them to write such fairy tales as Cinderella and Hansel & Gretel.

The following weapons were used in the film The Brothers Grimm: 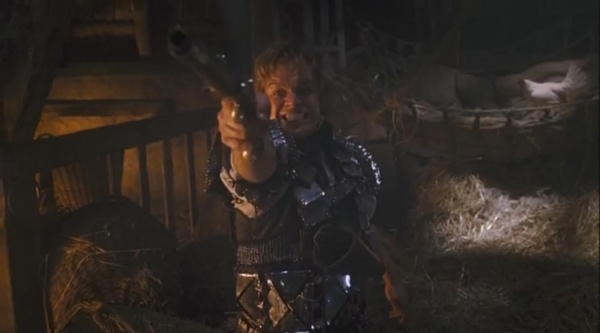 Will aiming his flintlock at the "witch". 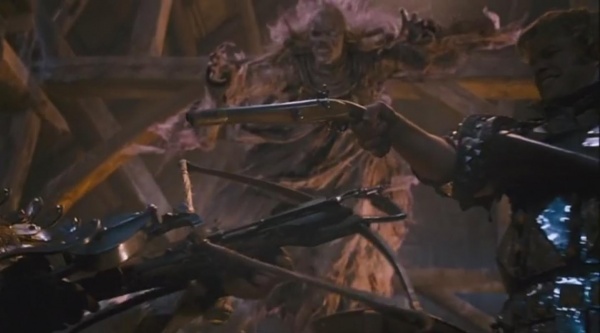 Will aiming his flintlock at Jacob as the "witch" controls them. 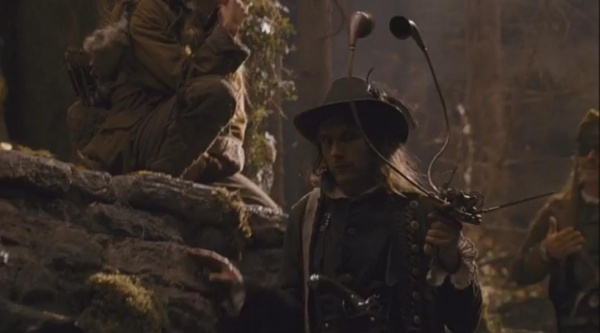 Letorc (Julian Bleach) with a flintlock in his waistband. 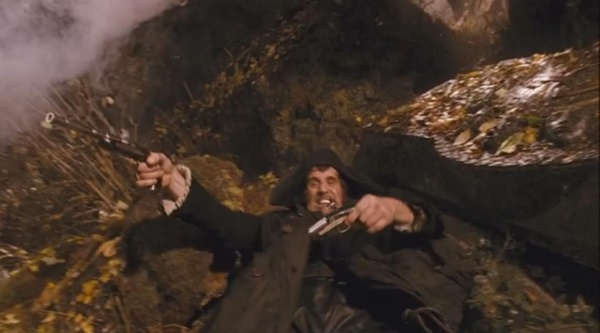 Cavaldi drawing and firing his flintlocks as he is startled by a crow. 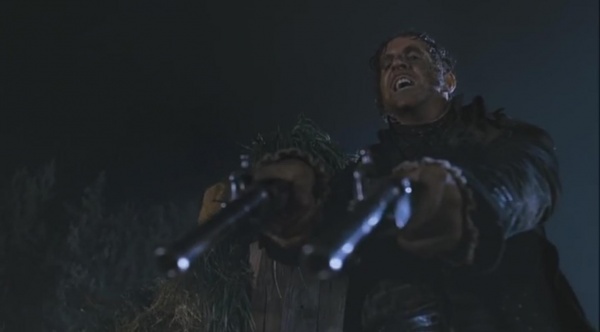 Cavaldi wielding his flintlock akimbo as he threatens the brothers. 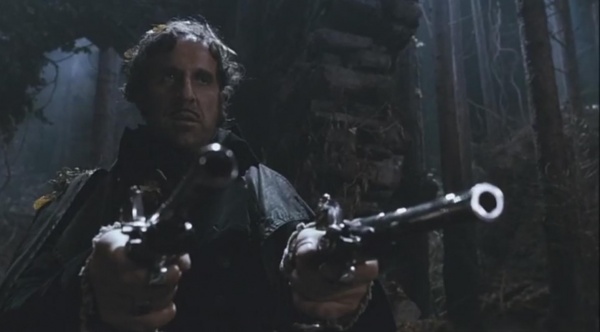 Cavaldi again wielding his flintlock akimbo as Delatombe orders him to execute the brothers. 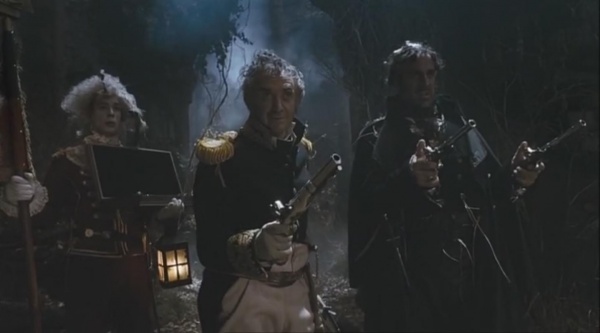 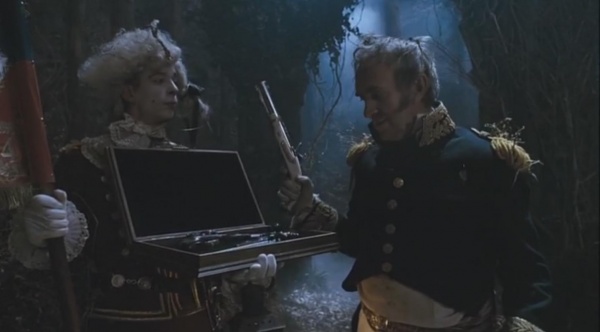 Delatombe as he looks upon his second pair of flintlocks in their case. 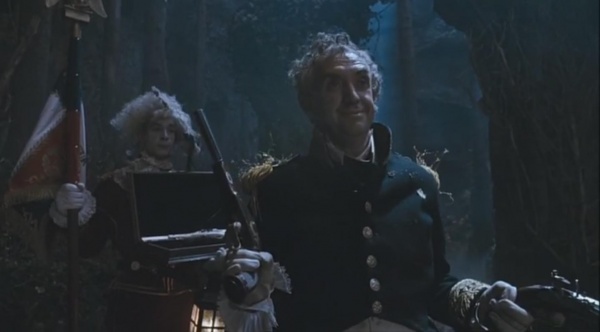 Delatombe approaching the brothers with his second pair of flintlocks. 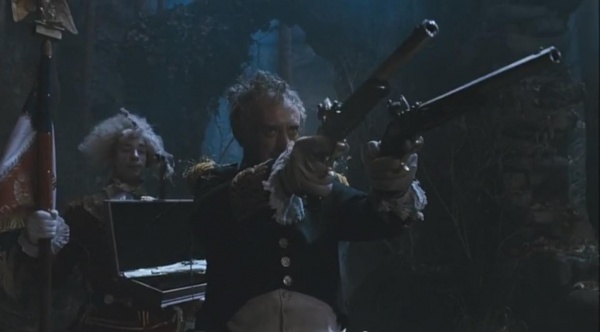 The French soldiers, Cavaldi's henchmen, and a villager are seen wielding Charleville Muskets. 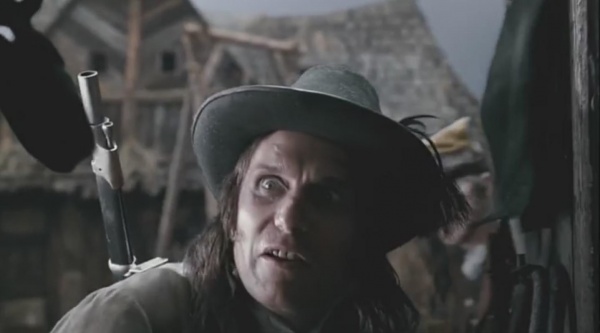 Letorc (Julian Bleach) with his Charleville Musket slung on his back. 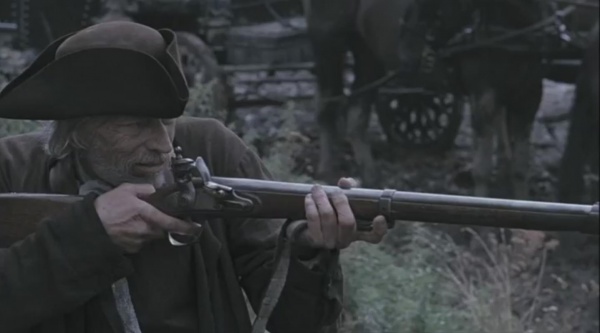 A villager wielding a Charleville Musket. 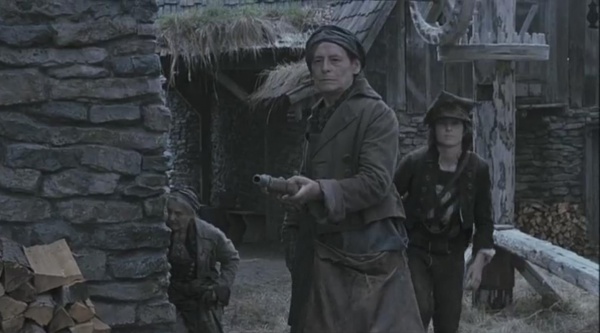 A villager with her Charleville Musket. 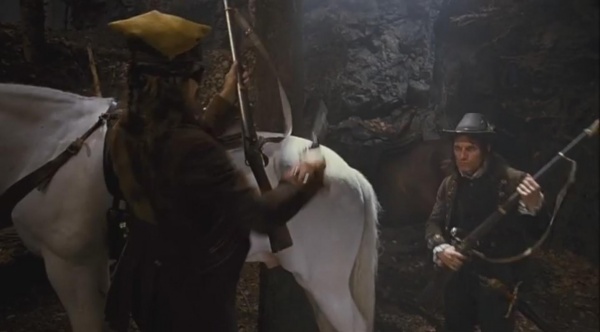 Letorn, right, with his Charleville. 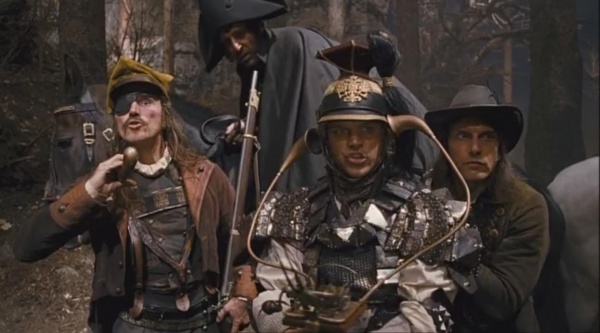 Some of the French soldiers are seen with Revolutionnaire Muskets. 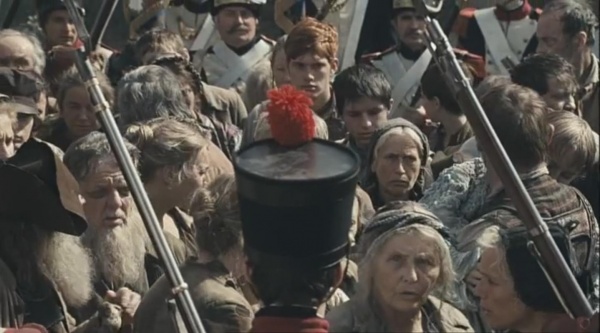 French soldiers with their Revolutionnaire Muskets. 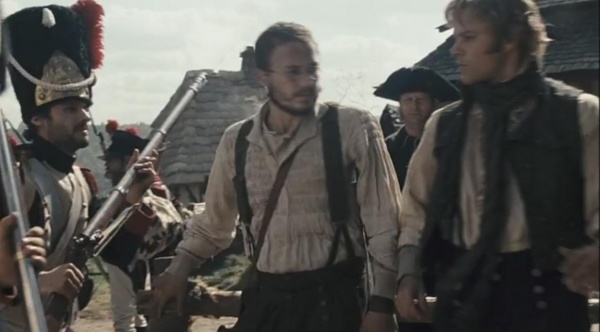 A French soldier on the left with his Revolutionnaire Musket.

One of the villagers greets the Brothers Grimm wielding a Kentucky Flintlock Rifle. 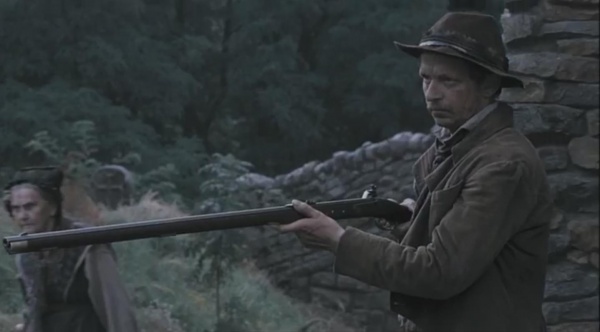 Another villager with his rifle as the Brothers Grimm visit them.

A villager has what appears to be a French Model 1777 Cavalry Carbine as he aims it at Jacob. 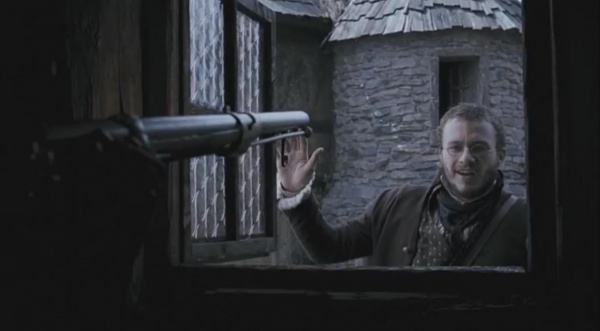 A villager greeting Jacob with a French Cavalry Flintlock Carbine. 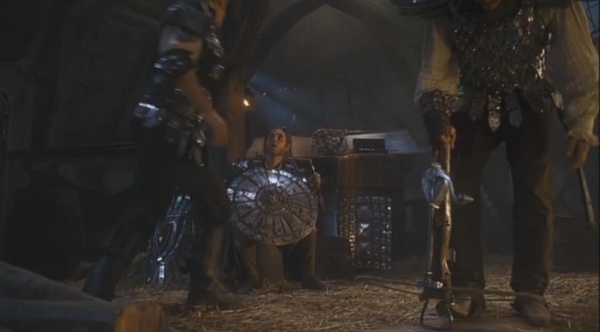 Jacob right before cranking the crossbow. 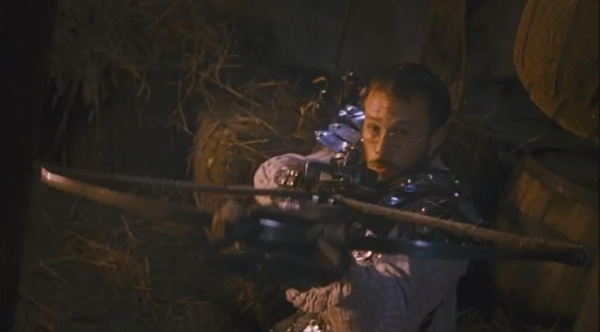 Jacob aiming the crossbow at the "witch".

Gregor (Jan Unger), the father of the girl named Sasha, wields this strange-looking Blunderbuss when he tries to save her from the gingerbread man. He also greets the Brothers Grimm with it in hand along with the other villagers near the beginning of the movie. 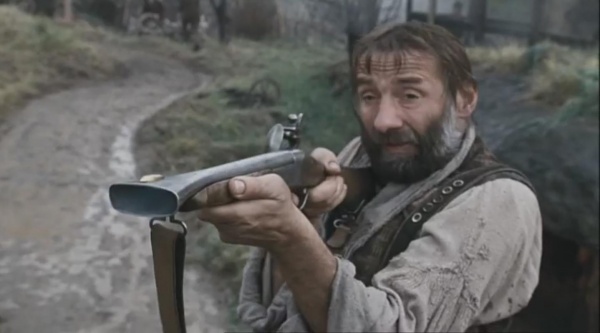 Gregor (Jan Unger) with the Blunderbuss. 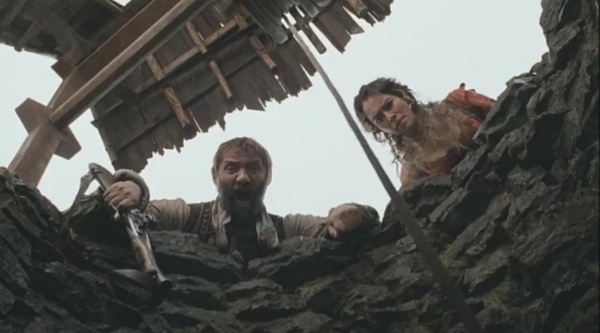 Gregor yelling as he looks down the well.

The french fire these cannons at the forest near the end of the movie. 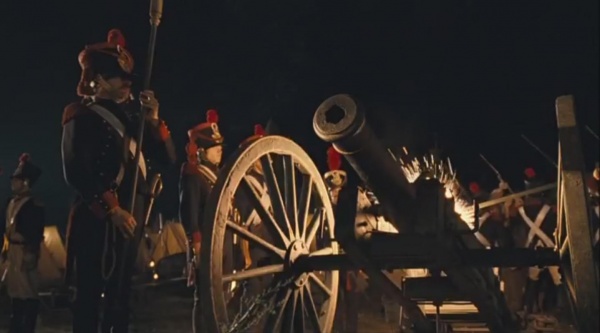 A cannon right before being fired at the forest.
Retrieved from "https://www.imfdb.org/index.php?title=Brothers_Grimm,_The&oldid=1442267"
Categories: