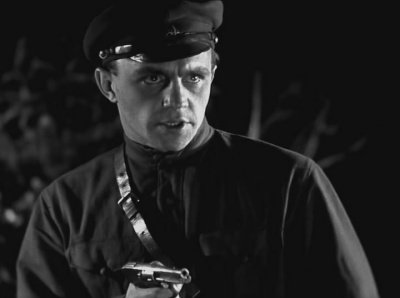 Boris Vladimirovich Blinov (April 19, 1909 — September 13, 1943) was a Soviet actor. His first and most notable role is Furmanov in Chapaev (1934). Blinov died of typhoid fever just after his last role in Wait for Me (Zhdi menya) was complete.