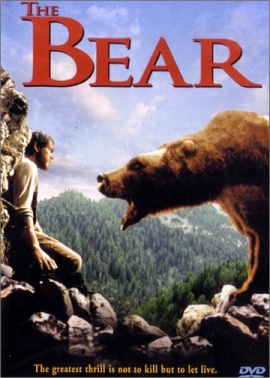 The following guns were used in the film The Bear, known in French as L'ours: 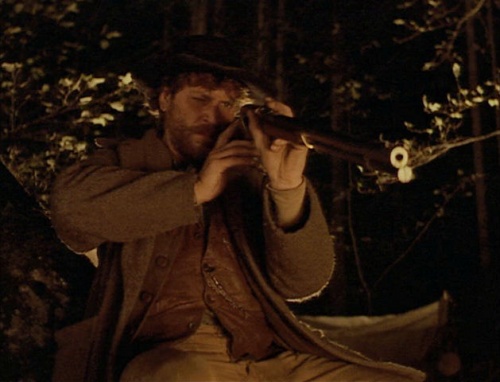 Tom inspects the chamber of his Winchester 1866 "Yellow Boy" while cleaning it.

Tom re-attaches the faceplate and racks the lever. 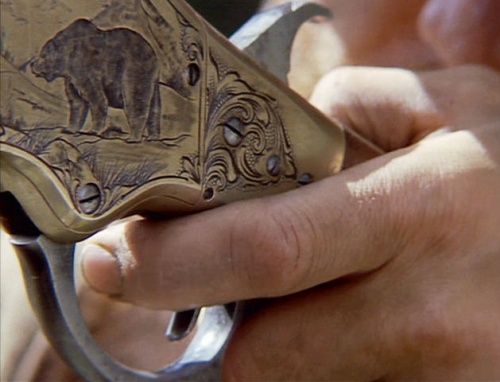 Close up on the engraved receiver as Bill takes aim at the Kodiak Bear.

Tom fires his Winchester 1866 "Yellow Boy" at the Kodiak Bear, grazing its shoulder.

Tom cuts Xs into the heads of his bullets to give them greater expansion on impact. He then tests one out on a tree, which demolishes it in a fashion only possible in Hollywood. 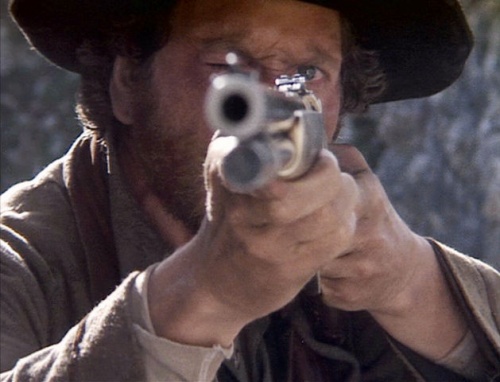 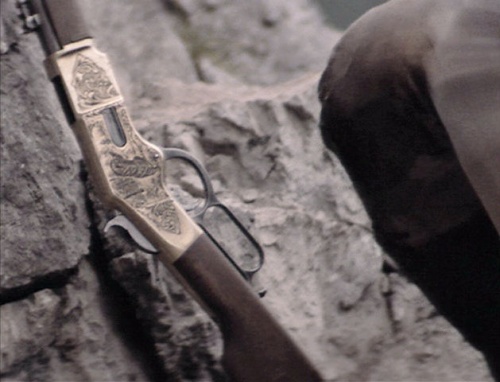 Tom's Winchester resting against the rocks. 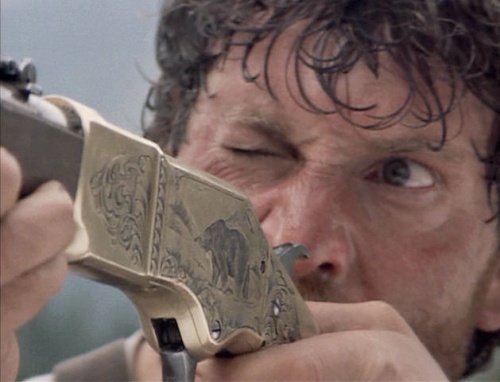 Tom takes aim at the Kodiak Bear before sparing it, much like it did for him when he confronted it in the waterfall. 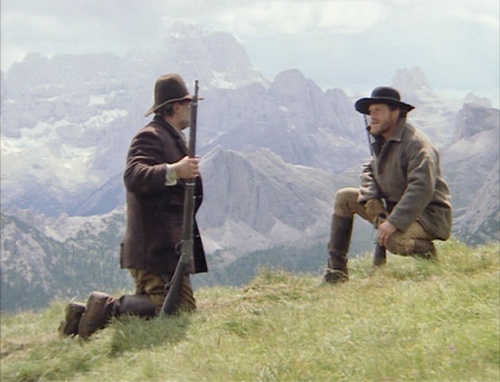 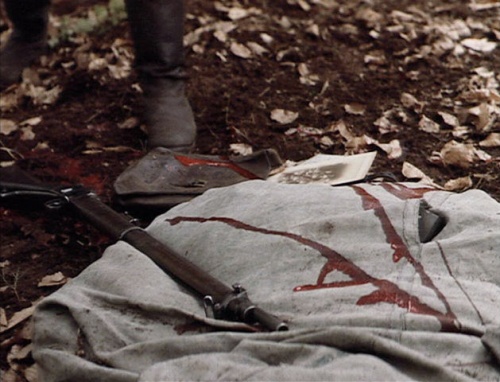 Bill's Martini-Henry laying on the ground. 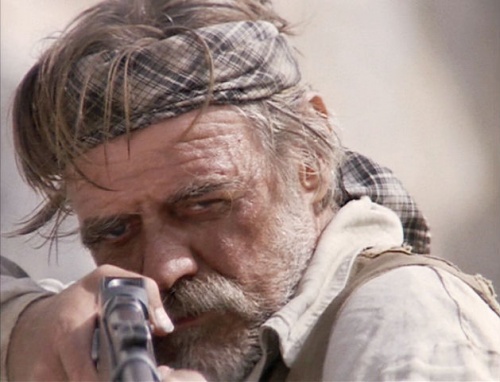 Bill finishes off the wounded hunting dog with his Martini-Henry. 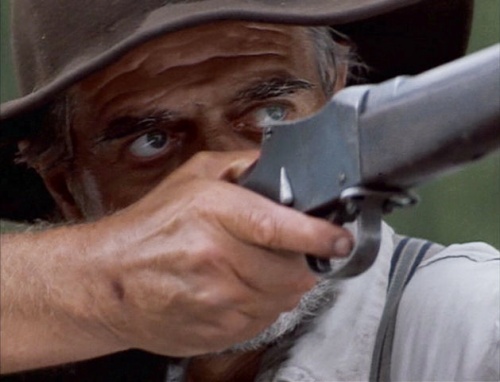 Bill takes aim at the Kodiak Bear after Tom (Tchéky Karyo) fails to fire at it. 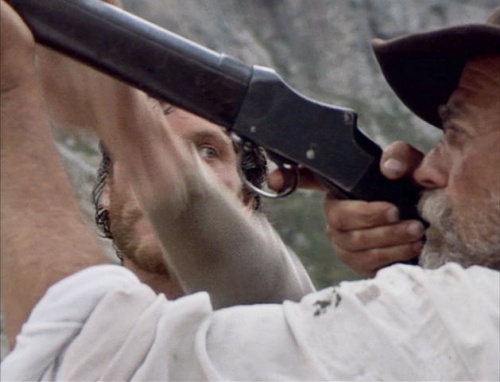 Both Tom (Tchéky Karyo) and Bill (Jack Wallace) carry Single Action Army revolvers in the film, but they are never used. 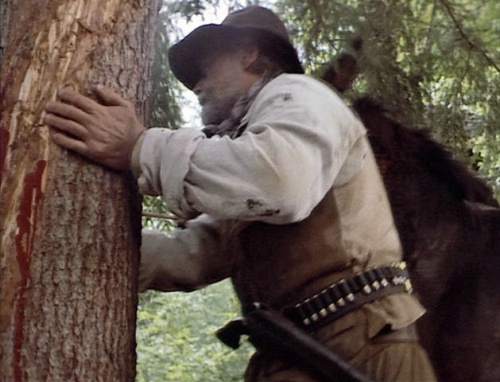 Bill with a Single Action Army in his holster. 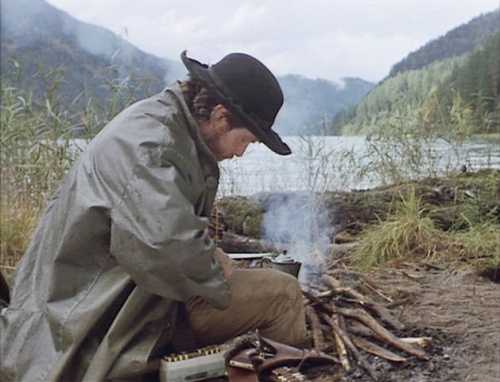 A Single Action Army in the holster next to Tom as he cuts Xs in his bullet heads. 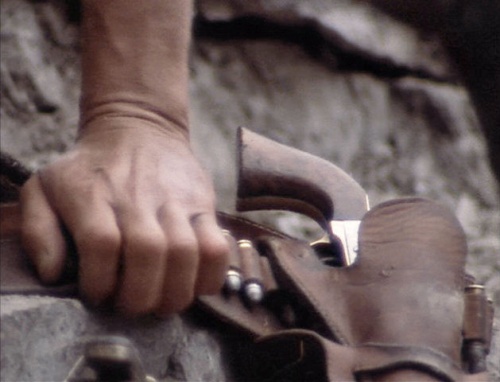 The Single Action Army in Tom's holster as he grabs his X-head bullets.
Retrieved from "https://www.imfdb.org/index.php?title=Bear,_The&oldid=1157902"
Categories: