BAT*21 is a 1988 Vietnam War film directed by Peter Markle (Saving Jessica Lynch) and was inspired by the true story of Lt. Col. Iceal Hambleton (Gene Hackman), a USAF officer who was shot down while on a scouting mission and the subsequent attempts by US forces to recover him. The film co-stars Danny Glover and Jerry Reed and received aircraft and logistical support from the Royal Malaysian Army and Air Force.

The following weapons were used in the film BAT*21:

Lt. Colonel Iceal Hambleton (Gene Hackman) carries a Browning Hi-Power as his sidearm after being shot down. He also has to use it to kill a Vietnamese peasant in self defense. 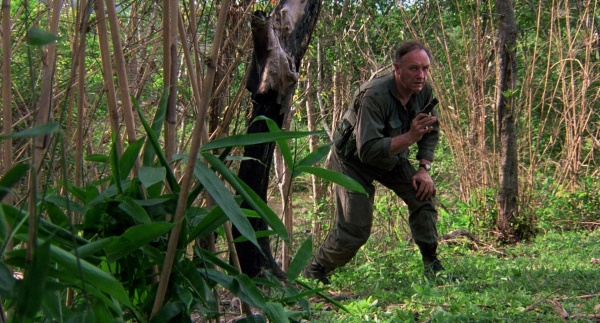 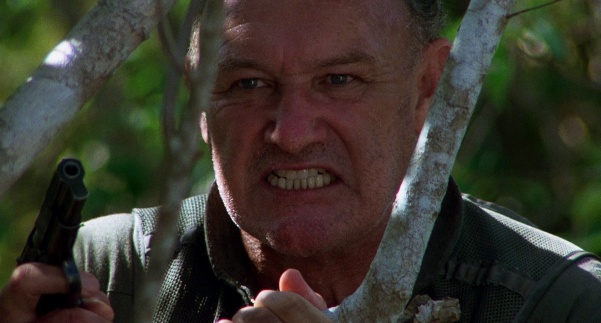 Lt. Colonel Iceal Hambleton (Gene Hackman) with his Browning Hi-Power as he is helpless to prevent the capture of the downed helicopter crew. 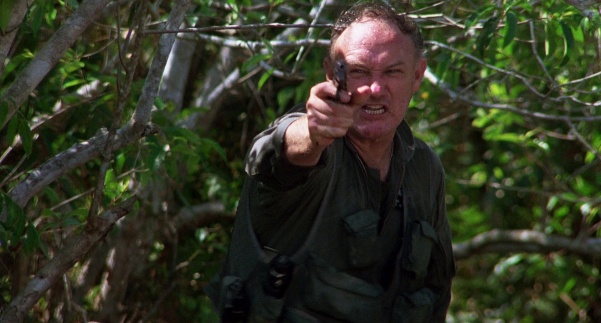 An NVA officer is seen with a Makarov PM during the failed rescue attempt. 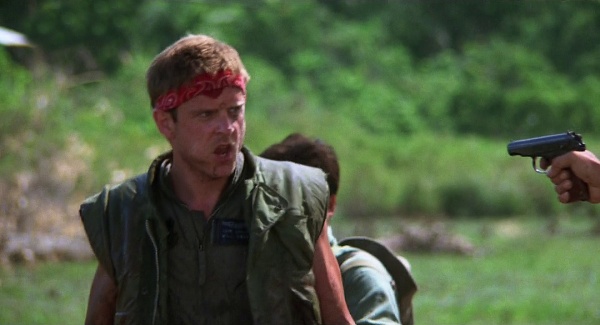 A Makarov PM is seen being held on Ross Carver (David Marshall Grant).

An M16/SP1 is carried primarily by Captain Bartholomew Clark (Danny Glover) when he flies a helicopter to rescue Hambleton. The rifle is also held by Hambleton. Also seen fired by US helicopter crewman during the failed rescue attempt. 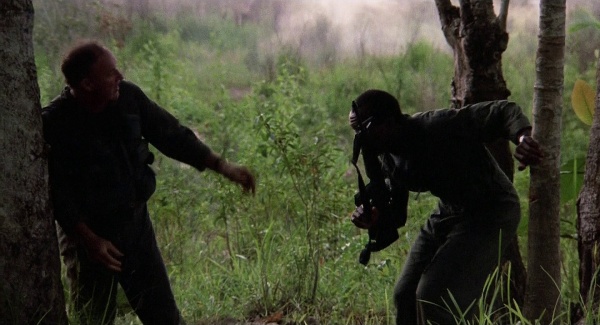 Clark carries the rifle as he and Hambleton attempt to evade an oncoming air strike. 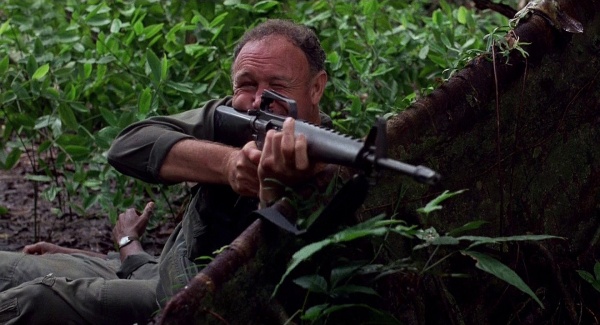 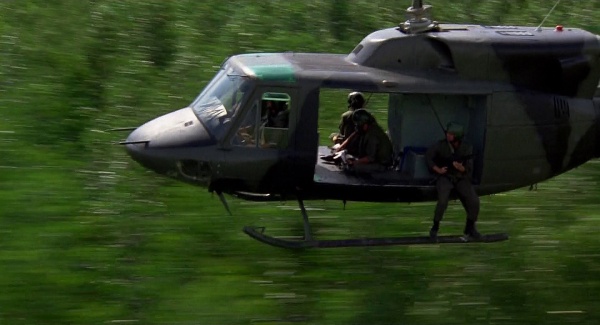 A helicopter crewman is seen carrying an M16A1 in the UH-1N (This particular UH series helicopter is anachronistic for service in Vietnam).

NVA forces are seen throughout the film carrying the Norinco Type 56. 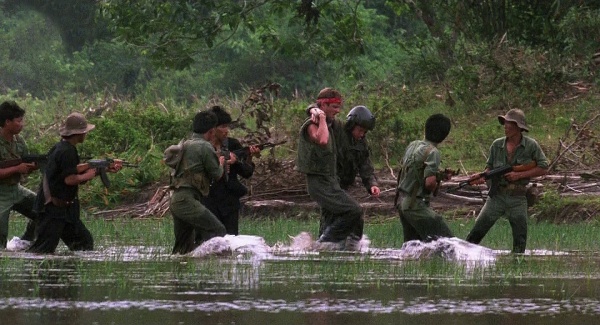 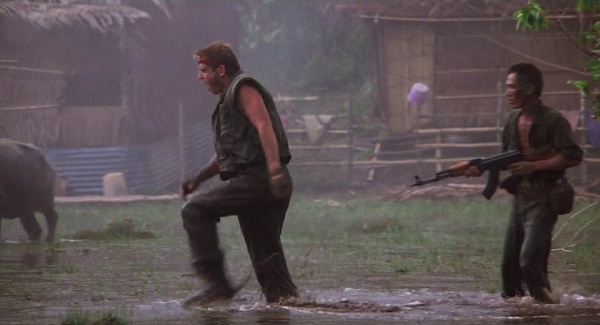 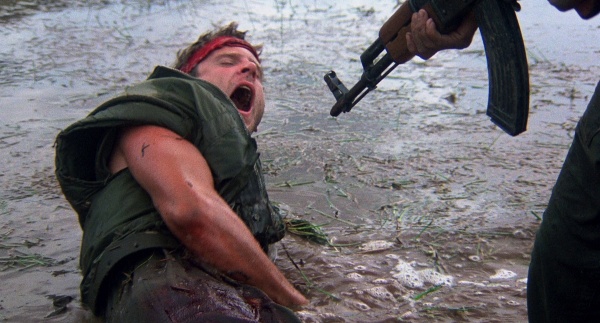 Some NVA forces are armed with the Norinco Type 56-1. 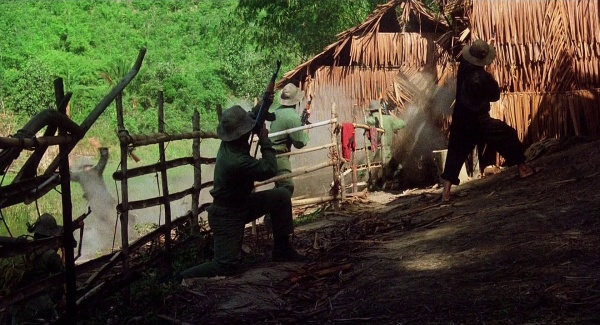 In the center, an NVA soldier fires his Norinco 56-1 at the SAR helicopters.

The M60 Machine Gun is used by the S-61 Sea King door gunner during the failed rescue attempt as well as NVA forces in their attempt to shoot down the search and rescue helicopters. 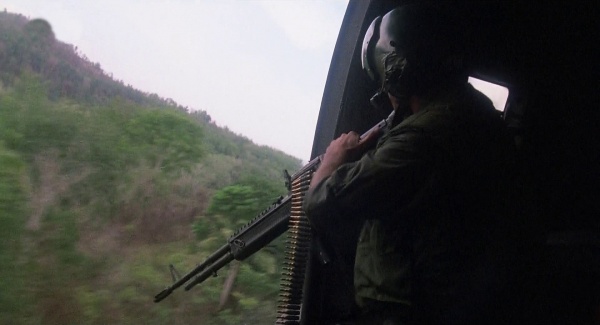 A doorgunner opens fire with the M60. 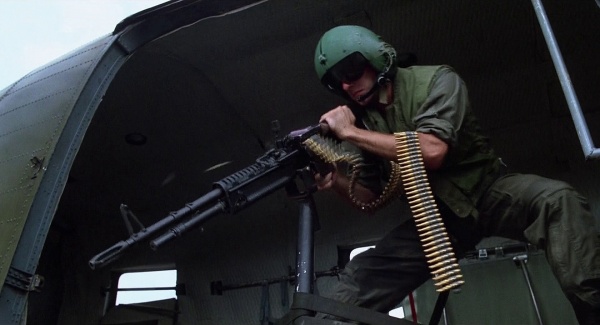 Another shot of the Sea King doorgunner. 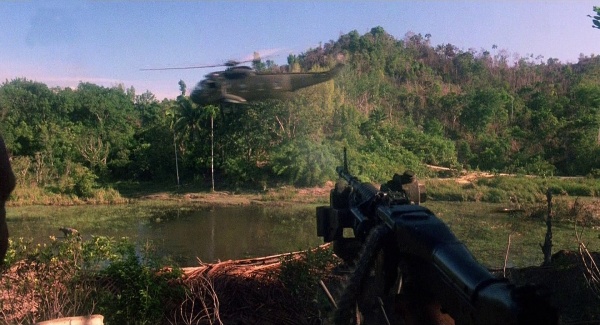 NVA forces try to shoot down the Sea King with an M60.

NVA forces are seen using a Browning M2 to shoot down the rescue helicopters. 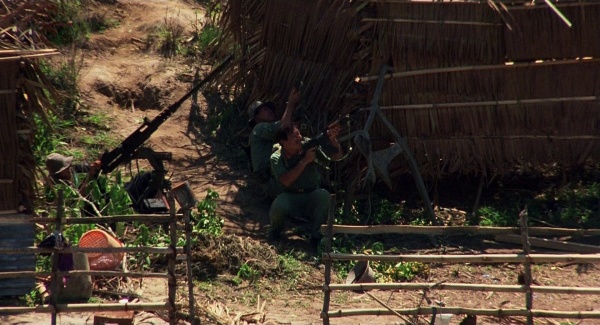 NVA forces are seen using a Browning M2 to shoot down the rescue helicopters.

Airstrikes are seen conducted by USAF F-5A & F-5B Freedom Fighters, complete with Pontiac M39 cannons, though the fighters do not fire their guns during the attack. F-100 Super Sabre jets are also armed with the cannons. 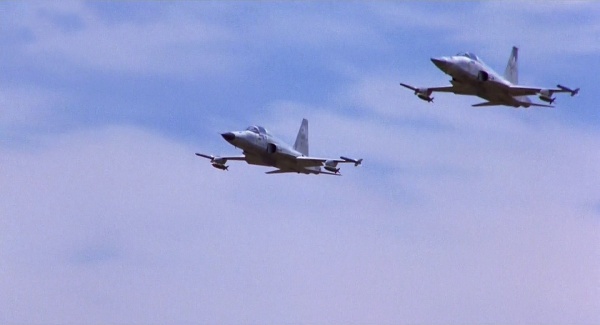 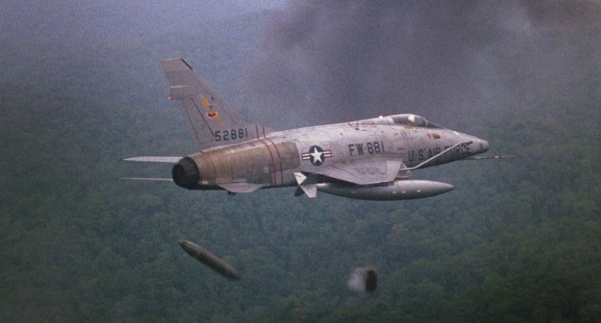 F-100 Super Sabre jets making a bombing run are also armed with the cannons. This appears to be stock footage.

The RPG-7 also are used by NVA forces. 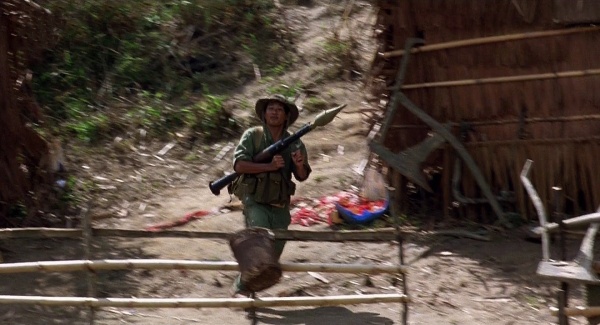 An RPG is held by an NVA soldier.
Retrieved from "https://www.imfdb.org/index.php?title=BAT*21&oldid=1242232"
Categories: