From Internet Movie Firearms Database - Guns in Movies, TV and Video Games
(Redirected from Angel and Sinner)
Jump to navigation Jump to search

Angel and Sinner is a 1945 movie directed by Christian-Jaque. Normandy, 1870. Prostitute Élisabeth decides to leave France, occupied by the Prussian army. She leaves Rouen and heads for Le Havre in a stagecoach with a group of aristocrats. When the carriage stops at an inn, a Prussian officer forbids the passengers to continue their journey until Élisabeth spends the night with him. At first, she refuses to submit to the enemy, but out of pity for her fellow passengers, she relents. And still, the stagecoach did not get far - it is captured by Prussian soldiers. And all the women are taken to the sadistic lieutenant's castle.

The following weapons were used in the film Angel and Sinner (Boule de Suif):

A Prussian officer is seen with what appears to be an anachronistic Smith & Wesson Model 10 revolver. Accurate sidearms for Prussian forces would be a Dreyse or a Colt 1851 Navy revolver. 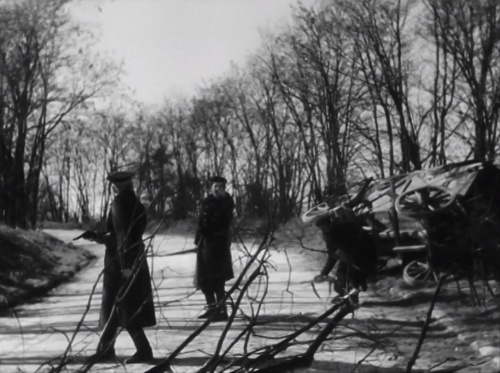 The officer brandishes his revolver after firing. 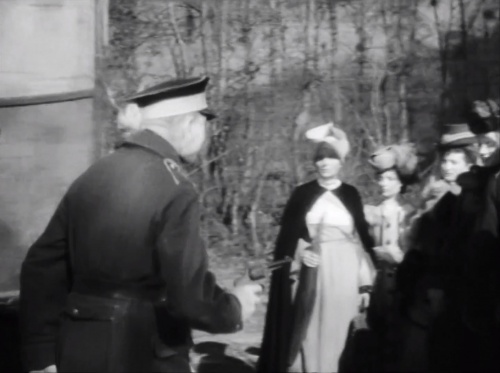 Shortly after, he approaches the passengers of the carriage. 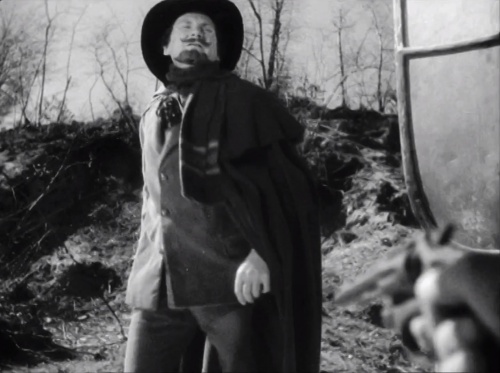 He shots at Cornudet (Alfred Adam) for having interfered.

French and Prussian soldiers are armed with period-correct Chassepot 1866 rifles. Actually, the main weapon of the Prussians at that time was the Dreyse Needle Gun. 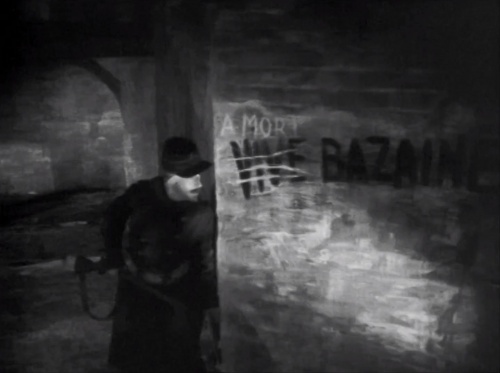 Le chef des francs-tireurs Henri (Georges Tourreil) hides with his Chassepot from a Prussian cavalry patrol in Rouen. The writing on the wall is addressed to Marshal of France François Achille Bazaine who was initially praised but despised after his surrender at the siege of Metz. 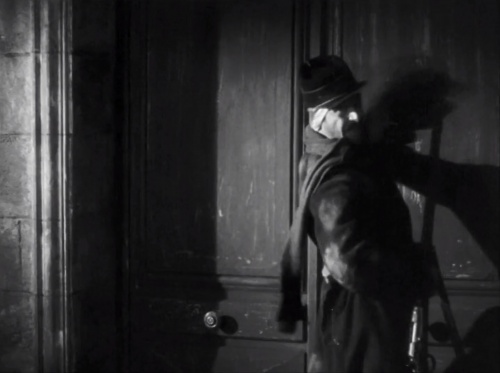 The smooth receiver is seen what distinguish it from the Gras Model 1874. 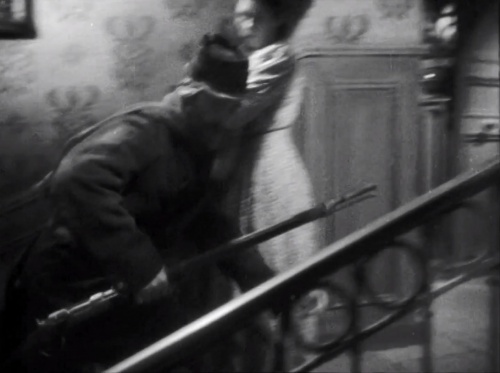 He walks up the stairs which offers a detailed view of the rifle. 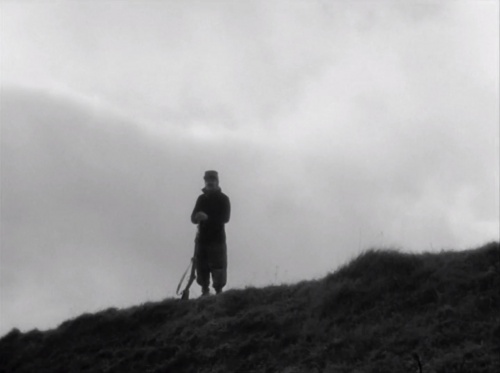 A French soldier stands guard at a checkpoint. 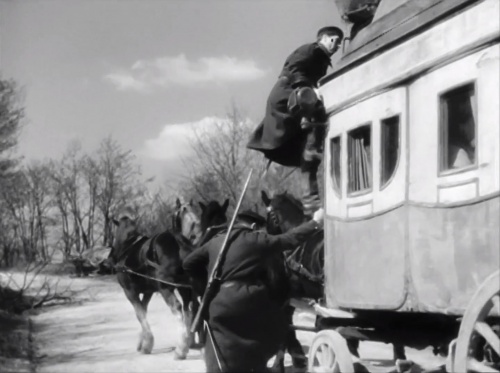 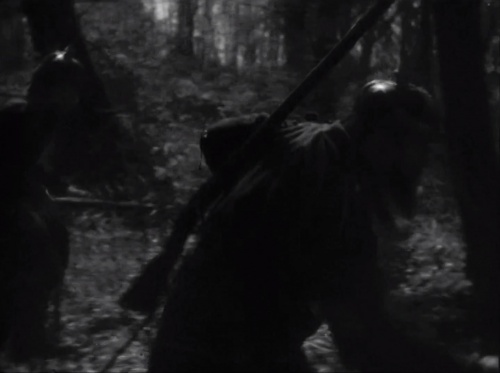 Charleville 1777 AN IX De Cavallerie - .69 caliber, for comparison. The Mle. 1842 looks similar but has a slightly longer barrel. 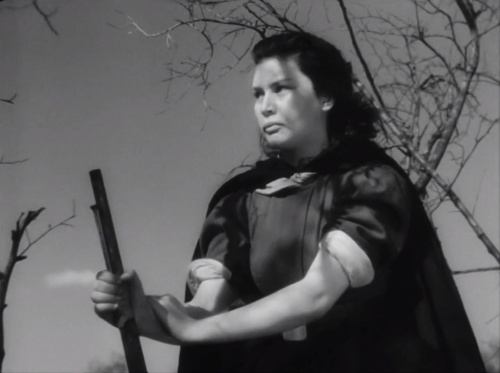 A close up of the muzzle of La fille franc-tireur's (Berthe Tissen) rifle. 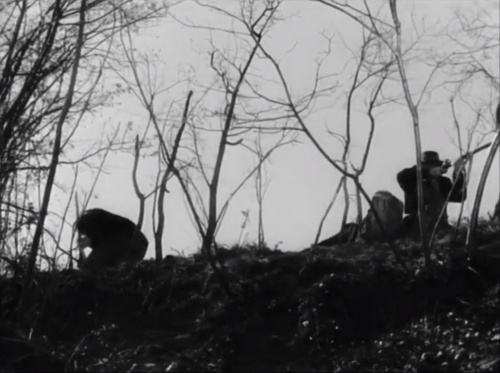 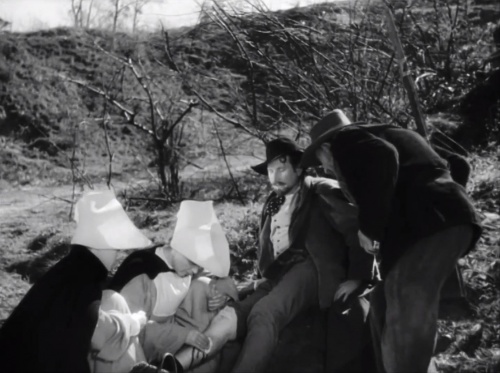 A rifle carried by Un franc-tireur (François Viguier) over his back. 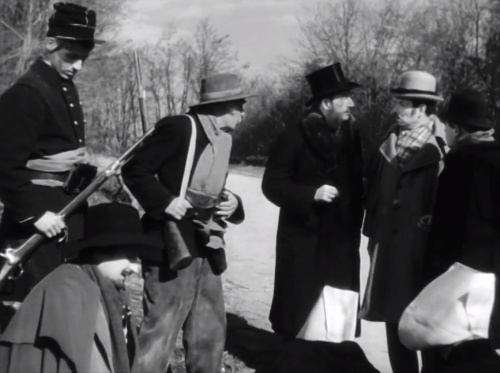 Another franc-tireur on the left holds his rifle which shows the percussion cap. 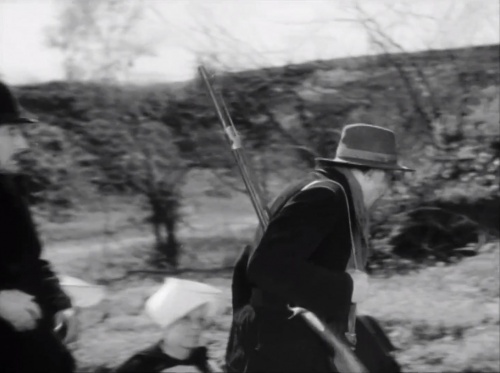 A closer view of franc-tireur's rifle.
Retrieved from "https://www.imfdb.org/index.php?title=Angel_and_Sinner_(Boule_de_Suif)&oldid=1443522"
Categories: