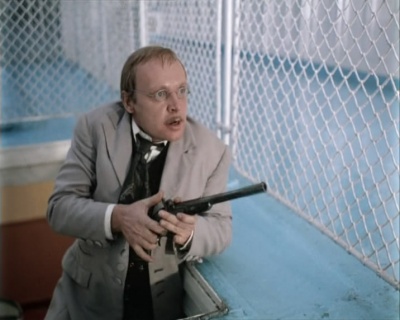 Andrey Vasilyevich Myagkov (July 8, 1938 – February 18, 2021) was a Soviet and Russian screen and stage actor, best known for tragicomedy roles in films directed by Eldar Ryazanov. In 1986 he was awarded the title of the People's Artist of the RSFSR.