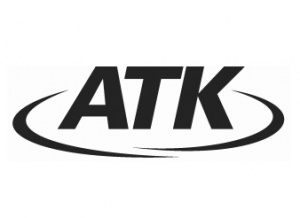 Alliant Techsystems or ATK was one of the largest aerospace and defense companies in the USA. It was formed in 1990 as a subsidiary of Honeywell Inc. as part of Honeywell's plan to exit the defense industry. ATK had four major divisions: ATK Aerospace Systems, ATK Armament Systems, ATK Missile Products, and ATK Security and Sporting. ATK Armament Systems was one of the largest ammunition manufacturing entities in the world.

In 2015, ATK merged with space and rocketry manufacturer Orbital Sciences Corporation, spinning off its sporting division as Vista Outdoor, with the main company becoming known as Orbital ATK. In 2018, Orbital ATK was purchased by Northrop Grumman and renamed Northrop Grumman Innovation Systems.

It is worth noting that ATK had worked together with Heckler & Koch on various weapon systems since the 1990s, though as of 2017, this relationship seems to have gone extremely sour with Orbital ATK suing HK for $27 million over issues with delivery of XM25 prototypes, ultimately settling out of court for $7.5 million.