The following weapons were used in the film Absolutely Seriously (Sovershenno seryozno): 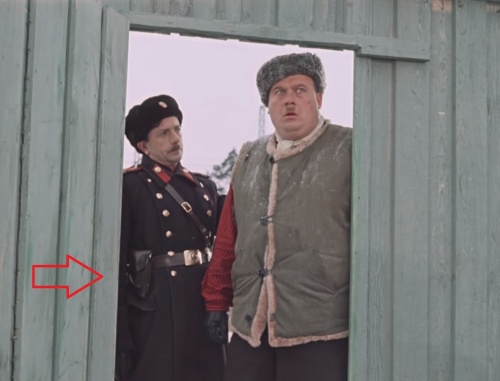 Militsioner's holstered sidearm is seen (pointed by the red arrow). 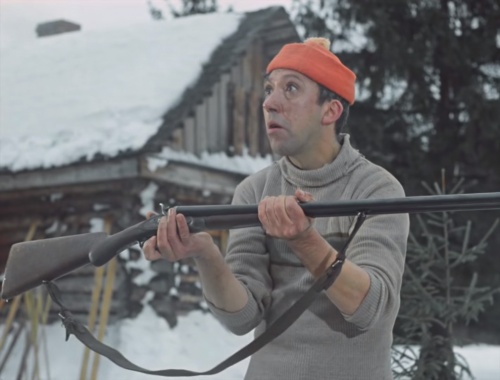 "Balbes" about to gave the shotgun to "Byvaly". The details of the shotgun allow to identify it as TOZ-B or BM. 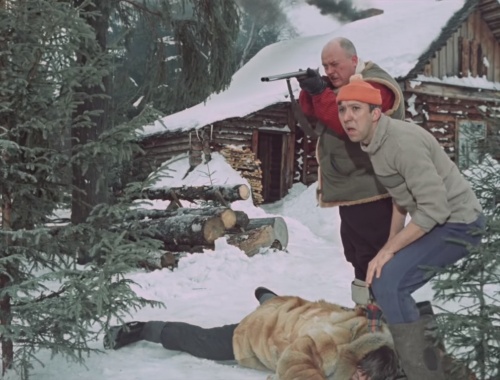 A Mosin Nagant Model 1938 Carbine can be seen during the imitation of filming a fake movie "Robinson Crusoe". 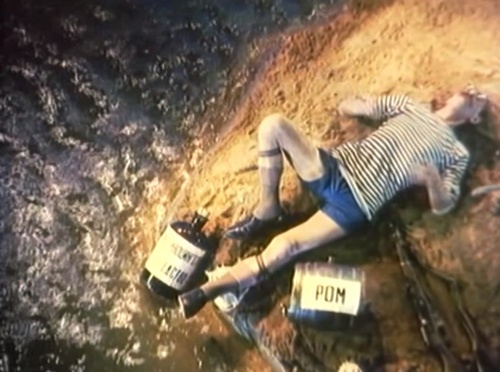 "Robinson Crusoe" (Sergey Filippov) puts the rifle on the beach. The low quality of the tape is used to imitate the "filming movie". 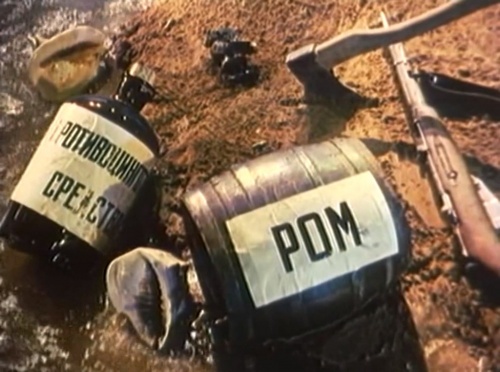 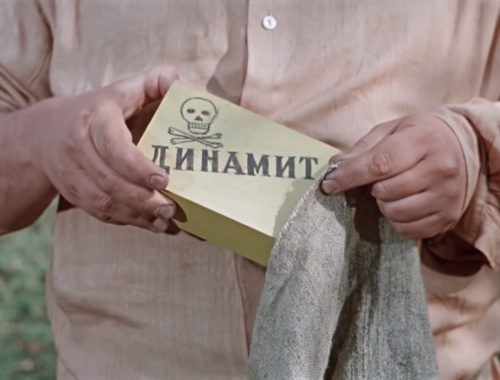 A close up.
Retrieved from "https://www.imfdb.org/index.php?title=Absolutely_Seriously_(Sovershenno_seryozno)&oldid=1485566"
Categories: