The following weapons were used in the film A Man Apart:

Sean Vetter (Vin Diesel) holds his Glock 17 to fend off the assassins that come for him in the middle of the night.

A good shot of Hicks' Glock 17 in Overdose's house.

Hicks and Vetter search the house with their Glock 17s.

One of Joe's thugs draws a Glock 17 in the strip club.

Hicks holds his Glock on Joe's thug in the strip club.

Vetter holds the Glock outside of his home where his wife was shot.

Close up of Vetter holding the G17 on Hollywood Jack.

Vetter holds the G17 on Hollywood Jack in the plane.

Vetter holds the suppressed G17 in the climax of the film.

Agents Vetter and Hicks enters Memo's lair at the beginning PJF raid with a Beretta 92FS given to them to use by one of the Mexican PJF Agents. It is used frequently by other characters in the film, including Mateo Santos (Juan Fernandez).

One of Memo's men draws a Beretta 92FS on Hicks, which Hicks then disarms him.

One of Memo's men draws a Beretta 92FS on Vetter, which Vetter then disarms him.

Garza (Emilio Rivera) uses a Beretta 92FS as his sidearm during the film.

Garza (Emilio Rivera) kills a man with his Beretta 92FS.

Hicks looks at Vetter in horror when he sees Vetter has killed a cartel member with his bare hands while holding the "deputy's" Beretta.

Mateo uses a Beretta 92FS in the climax of the film.

Overdose uses a (Beretta 92FS Inox) to shoot at Vetter and Hicks, thinking they're there to kill him.

Overdose aims the Beretta at Hicks.

Overdose holds the Beretta at Hicks. 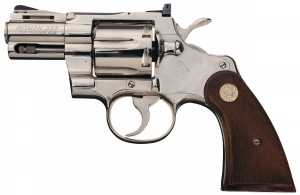 A female assassin shoots one of Memo's associates dead in a park with a Non Gun revolver. 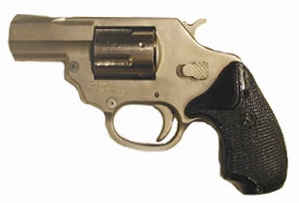 The revolver here is a Non Gun.

Closeup of the nickel revolver. 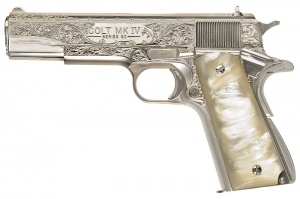 Custom engraved nickel plated Colt MKIV Series 80 with pearl grips - .45 ACP. Though the slide is marked "MK IV Series 80", it appears to have been a standard M1911A1 frame. 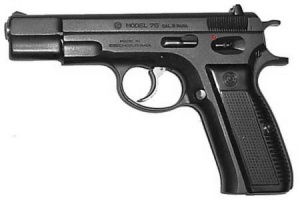 Joe fires his CZ 75 at Hicks during the drug deal gone bad shootout.

Joe continues to fire his CZ 75 at Hicks.

One of the cocaine factory guards strolls around with an M16A2.

The guard holds up his rifle.

Some of Memo's guards at his place in Mexico are armed with Heckler & Koch G3A3's.

One of Memo's Guards with a Heckler & Koch G3A3 slung on one shoulder as a flash bang grenade is thrown in.

Some of the mercenaries who assault the C-130 cargo plane filled with cocaine are armed with 18" barreled FN FAL's.

Rifle on the right.

The AKMS rifle is used throughout the film by cartel soldiers and assassins.

A cartel soldier goes down while firing the rifle.

A cartel soldier holds his AKMS on the head of one of the cocaine lab guards.

Another weapon seen in the film is a customized AKMSU carbine, wielded by one of the cartel members.

AKMSU Krinkov - 7.62x39mm. This is a blank adapted full auto transferable AKM (7.62x39mm) pistol that was converted into a Krinkov via parts kit.

One of the Cartel Men taking over the Cocaine Lab, armed with an AKMSU and a Bulgarian "Waffle" Mag. Note the curve of the mag, it is too extreme to be 5.45x39mm, and thus is 7.62x39 making this an AKMSU.

The AKMSU with a 75-round drum magazine.

One of the mercenaries hitting the C-130 is using what looks like a Colt Model 723.

The mercenary on the far left armed with the Model 723.

An undercover officer is briefly seen wielding an M4A1 near the film's end.

On the left, the undercover pulls out his M4A1 during a takedown.

The Mexican PJF Agents are armed with the Heckler & Koch MP5SD during the opening raid.

The MP5K is fired by the officer before being taken down.

One of the mercenaries hitting the C-130 is using an Uzi.

The mercenary in the middle is armed with an Uzi.

Agent Vetter with the Colt 635.

The Micro Uzi submachine gun is briefly seen in the hands of a drug lab guard as well as a female cartel assassin.

Micro Uzi held by guard before he goes down.

Cartel assassin with the Micro Uzi.

A nickel-plated Franchi LF-57 submachine gun with the stock removed is briefly seen wielded by a cartel assassin. 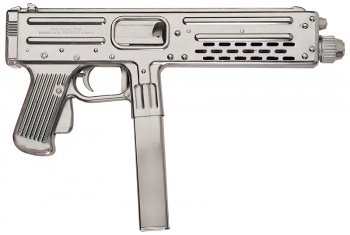 A nickel-plated Franchi LF-57 submachine gun with the stock removed is briefly seen wielded by a cartel assassin.

A Smith & Wesson M76 submachine gun is briefly held by a mercenary that helps take over a drug lab.

SMG on the lower right.

One of the Mexican PJF Agents uses a Remington 870 Folding Stock with a side shell-storing plate on the receiver. Vetter also uses an 870 with a topfolding stock and shell carrier as well as a forward pistol grip.

Memo's Bodyguard carries a sawed-off version of the Mossberg 500 that Vetter strips him of and holds on Memo.

Big Sexy (George Sharperson) is seen entering a bar armed with an M134 Minigun. Note that while it has a chainsaw grip like the one seen in T2, the grip appears to be thinner. 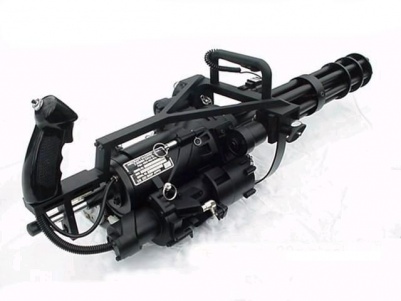 This guy hefts the heavy Minigun into the back of an SUV.

Firing the Minigun inside of a bar.

Note the thinner chainsaw grip than the T2 gun.

The muzzle flash is impressive, but the clear shot of the barrels while firing indicates a very low fire rate.

No ammo backpack with this gun.

The muzzle flash is truly ridiculous.

Another shot of the Minigun firing.

A good side shot of the weapon after it runs dry. But where does the chute go?

Look in the background. The ammo chute and the power cable lead straight to the deck. How nobody noticed this guy dragging batteries and ammo cans across the floor remains a mystery.
Retrieved from "https://www.imfdb.org/index.php?title=A_Man_Apart&oldid=1501665"
Categories: