A Conspiracy of Faith

A Conspiracy of Faith, or also known as Department Q: A Conspiracy of Faith, is a 2016 Danish-German-Norwegian-Swedish movie directed by Hans Petter Moland. It is a film adaptation of the novel of the same name by Danish author Jussi Adler-Olsen, which was published in 2009 as the author's third work in a crime book series on the Department Q series. The two investigators Carl Mørck and Assad have to deal with a kidnapper who kidnaps a pair of siblings, all of whom come from strict religious families.

The following weapons were used in the film A Conspiracy of Faith:

Assad points his USP Compact at the incoming car of the kidnapper.

Carl and Pasgård with their H&K pistols in the parking garage of the hospital. 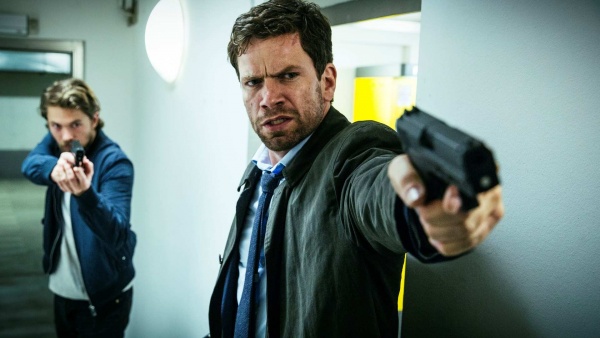 A behind-the-scenes picture of Carl and Pasgård holding their pistols.

Carl aims his pistol while his right hand begins to tremble.

A closer but darker view of Carl carrying the pistol.

In search of the kidnapper, Assad standing in the North Sea holds his USP Compact.