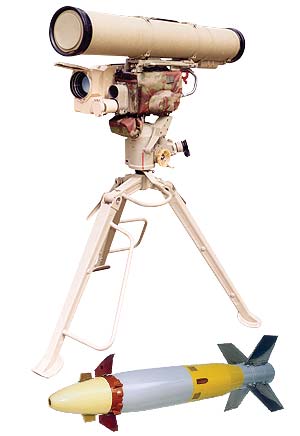 AT-14 Spriggan is the NATO codename for the Russian anti-tank missile complex 9K135 Kornet (the missile itself is destignated 9M133). It was designed by KBP and put into service in 1994.

The AT-14 Spriggan and variants can be seen in the following films, television series, video games, and anime used by the following actors: