1864 is an eight-part Danish miniseries which deals with Denmark's defeat in the Second Schleswig War between the Kingdom of Denmark and the German Confederation (Prussia and Austria) in 1864.
The main story is about the two Danish brothers Laust and Peter Jensen who both fall in love with Inge Juhl and later fight in the Battle of Dybbøl on 18 April 1864.

1864 based on the books "Slagtebænk Dybbøl" and "Dommedag Als" by Tom Buk-Swienty and it's also the most expensive Danish TV production until now.

The following weapons can be seen in the miniseries 1864:

In Episode 1, a young Laust plays with a 1849 Percussion Pistol and in Episode 8, the father of Didrich (Pilou Asbæk) commits suicide with this pistol. 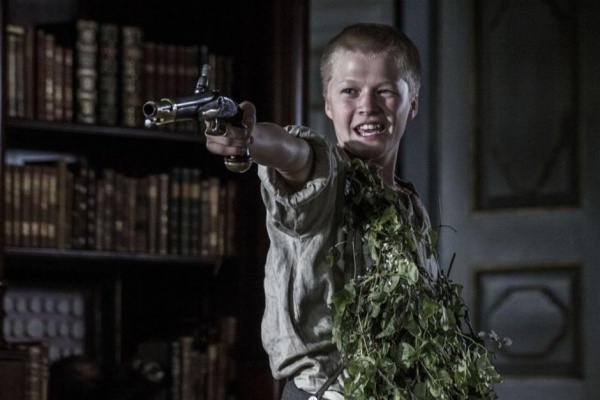 Danish and Prussian soldiers can be seen with Colt 1851 Navy revolvers. Peter Jensen (Jens Sætter-Lassen) incorrectly fires without cocking the hammer. It's correct that the Prussians use the Colt 1851 Navy because the German Confederation bought several Colts from the United States.

Didrich (Pilou Asbæk) on the left holds the Colt (Ep.7).

Prussian Death's Head Hussars use Colt Walker 1847s in Episode 5. The revolver is most likely representing a Colt Brevete, a copy of various Colt pistols made by different European countries during the 19th Century, as it is highly unlikely authentic Colt Walkers were used by Prussian troops as not many were made and none were sold outside the United States.

The Danish Army and also some Prussian soldiers are armed with Springfield Model 1842 muskets with brass fittings. This American musket stands in for the Danish Model 1848 and the Prussian Potsdam Model 1839/55.

An Enfield Pattern 1853 is briefly seen in the hands of a Danish soldier during the skirmish at Sankelmark. 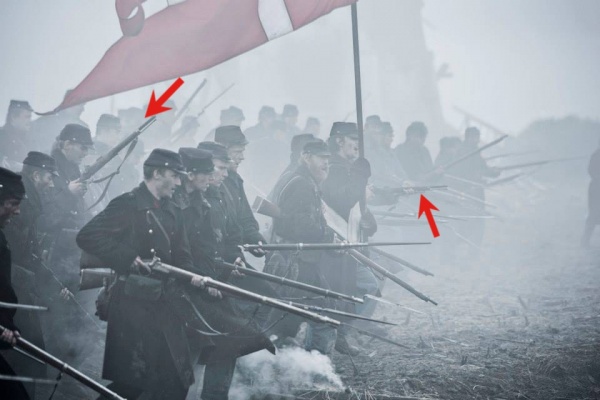 A Danish soldier holds an Austrian Lorenz 1854 musket during an ambush.

The primary weapon of the Prussian Army is the Dreyse Infantry Rifle M1841. The Model of 1841 is the first breechloading bolt-action rifle in history. 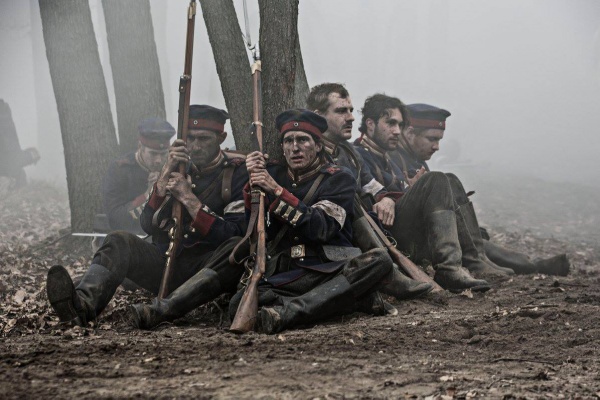 Prussian soldiers resting with Dreyse Needle Guns after the Battle of Danevirke. (Ep.4)

Ludwig (Roland Schreglmann) carries the gun during the charge of the Danish trenches (Ep.7).

The Dreyse Infantry Rifle M1862 is also used by Prussian forces. The Model 1862 is shorter than the Model 1841.

Heinz (Ludwig Trepte) holds the gun during the Battle of Dybbøl (Ep.7).

Sergent Jespersen (Peter Plaugborg) next to the field gun (Ep.3).

The Prussians use heavy howitzers during the Battle of Dybbøl. They are described as "...12 and 24 pound corrugated box cannons with breech-loading. They have a range of 5 kilometers...." by General Goeben.

A Prussian soldier fires a Flare Gun before the barrage in Episode 7.