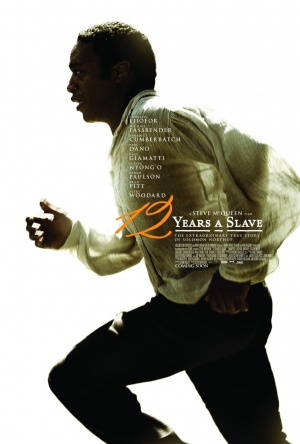 12 Years a Slave is the 2013 feature film adaptation of the 1853 memoir of Solomon Northup, a free African-American man who was kidnapped and sold as a slave and spent twelve years in captivity in the South. The film stars Chiwetel Ejiofor as Northup and the cast includes Michael Fassbender, Benedict Cumberbatch, and Lupita Nyong'o. The film was directed by British director Steve McQueen and would subsequently be nominated for nine Academy Awards and would receive three, including the Awards for Best Picture and Best Supporting Actress for Nyong'o.

The following weapons were used in the film 12 Years a Slave:

Edwin Epps pulls out the pistol.

A Colt Paterson 1836 revolver is seen being pulled out by Chapin (J.D. Evermore).

William Ford (Benedict Cumberbatch) holds the Hawken rifle. Note the distinctive brass patch box on the stock identifying the rifle as the Traditional Hawken Target Rifle percussion made by Pedersoli.

A Charleville Musket is seen.

The man second from the right is carrying a Charleville.

The man on the left is carrying an Enfield P.1856 carbine based on the position of the barrel bands, the percussion lock, and what appears to be a captive ramrod.
Retrieved from "https://www.imfdb.org/index.php?title=12_Years_a_Slave&oldid=1369976"
Categories: