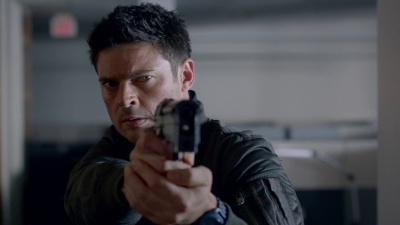 Karl Urban is a New Zealand actor who began his career with appearances in New Zealand films and TV series such as Xena: Warrior Princess. He has appeared in such films The Bourne Supremacy, Doom, Red and two films in The Lord of the Rings trilogy as well as the title character in 2012's Dredd. He also is well known for his role as Dr. Leonard "Bones" McCoy in the 2009 feature film reboot of Star Trek and its sequels Star Trek Into Darkness and Star Trek Beyond. He currently appears as Billy Butcher in the Amazon Prime series The Boys.