Counter-offensive (original title Kontrudar) is a 1985 Soviet war movie directed by Vladimir Shevchenko. It depicts the battle on Soviet-German front in November-December 1943. The storyline is seen mostly throught the eyes of high commanders of Red Army and Wehrmacht.

The following weapons were used in the film Counter-offensive (Kontrudar): 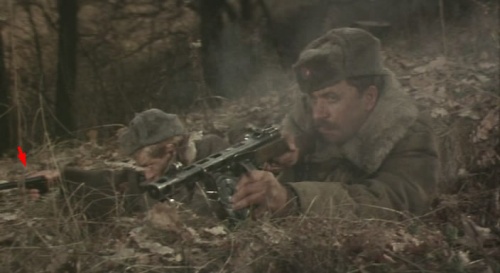 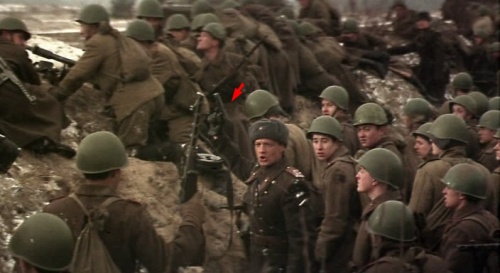 A Soviet officer (in the middle) holds a TT while leading his soldiers in attack.

In one scene a German officer is seen with a Walther P38. 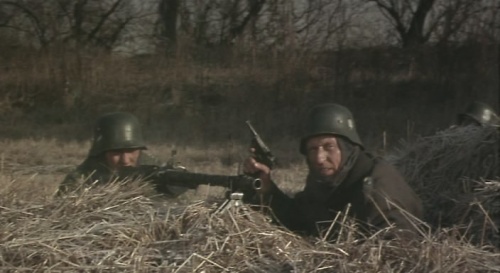 An officer with P38 is seen next to the machine gunner.

Many Soviet soldiers are armed with PPSh-41 SMGs. 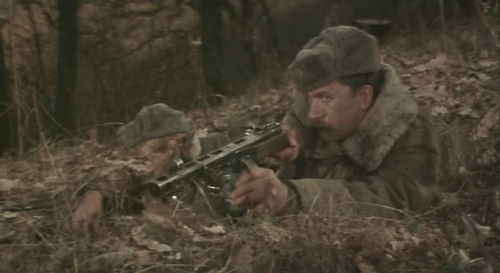 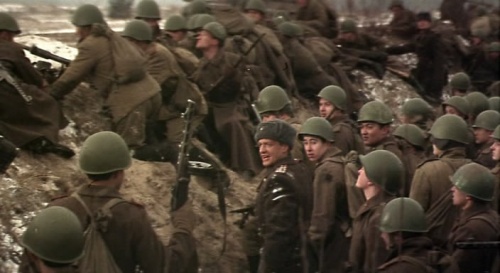 Soviet infantry before the attack. A soldier with PPSh is seen on the foreground. 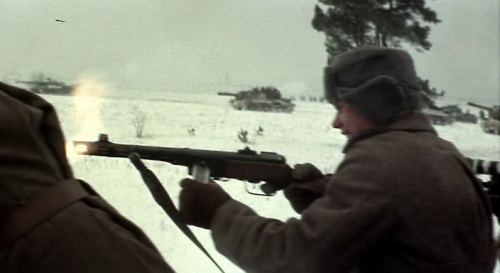 A soldier with PPSh rides on top of ISU-152 self-propelled gun. 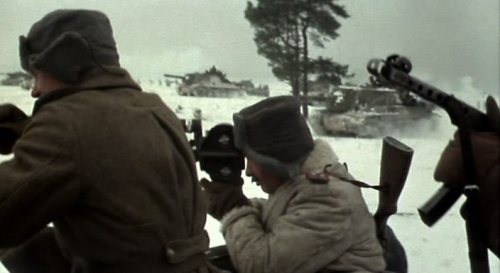 A documentary film operator (Georgi Dvornikov) carries a PPSh on sling (seen in the middle).

Some Soviet soldiers are armed with PPS-43 SMGs. 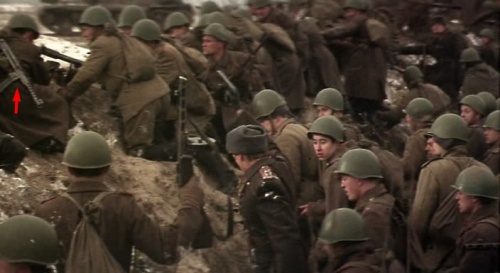 A soldier with PPS-43 is seen at the left. 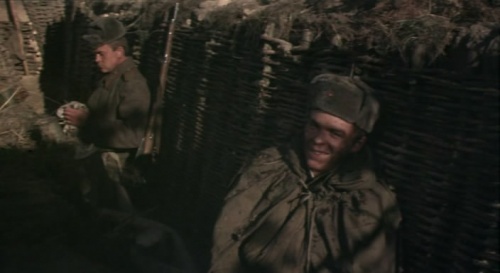 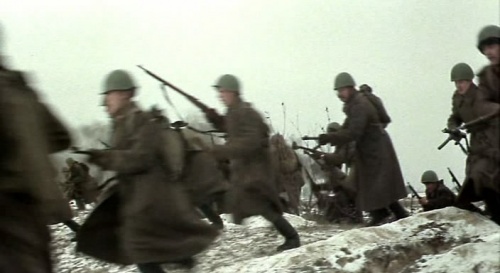 DP-27 machine guns are seen during the attack of the Soviet infantry in the final scene. 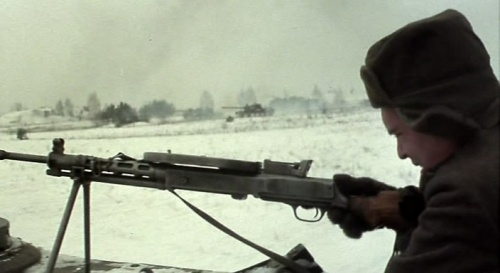 A soldier with DP-27 rides on top of ISU-152 self-propelled gun.

MG34 are used by German soldiers in several scenes.

A German soldier fires his MG34. 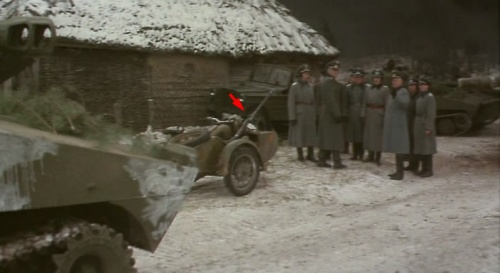 An MG34 is mounted in the sidecar.

PTRD-41 AT rifles are used by Soviet soldiers in several scenes. 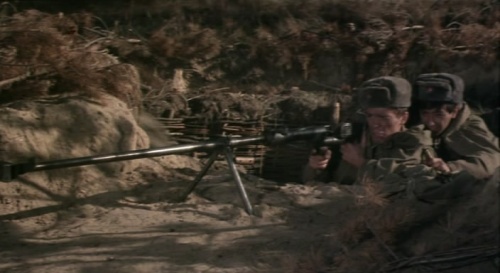 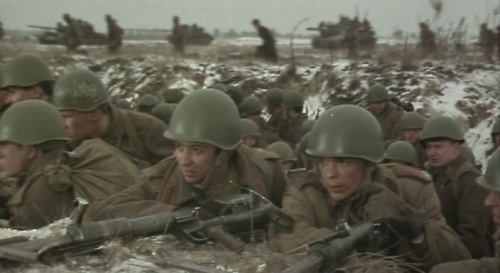 A flare pistol is very briefly seen in one scene. It isn't seen clear enough to be identified but SPSh is a best guess as it's seen in most Soviet war movies. 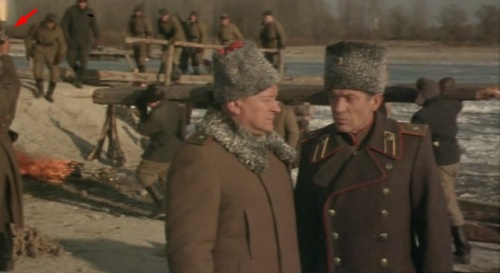 A Sovier officer fires a flare pistol at the left (a muzzle flame is seen).
Retrieved from "https://www.imfdb.org/index.php?title=Counter-offensive_(Kontrudar)&oldid=1152824"
Categories: