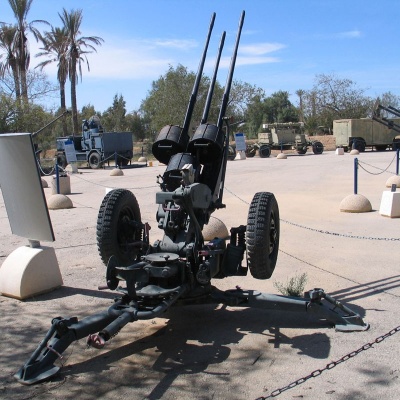 Zastava M55 is a Yugoslavian/Serbian 20 mm triple AA gun. It is fitted with Hispano-Suiza HSS-804 autocannons. The gun appeared in 1955 and was produced by Crvena Zastava (currently Zastava Arms, Kragujevac, Serbia) for Yugoslav People's Army and also for export customers. It existed in several towed versions and also was mounted on BOV-3 SPAAG.

The Zastava M55 and variants can be seen in the following films, television series, video games, and anime used by the following actors: