The following weapons were used in the film Who's That Soldier?: 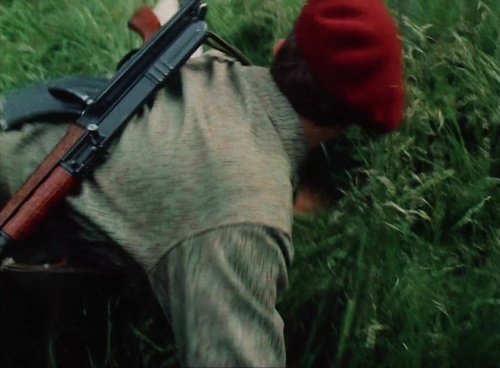 A paratrooper hunting a hen in tall grass carries his weapon on his back. 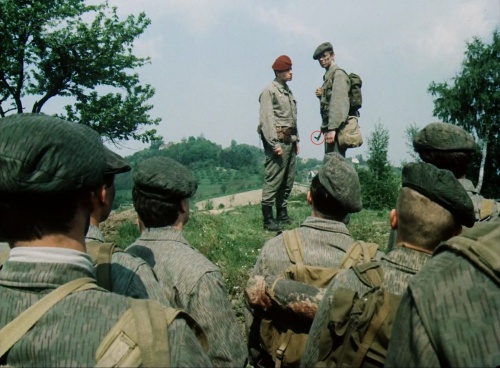 Pfc. Milan Kouba (Jirí Langmajer) (right) standing next the commander with his Sa vz. 58 V slung over his shoulder. 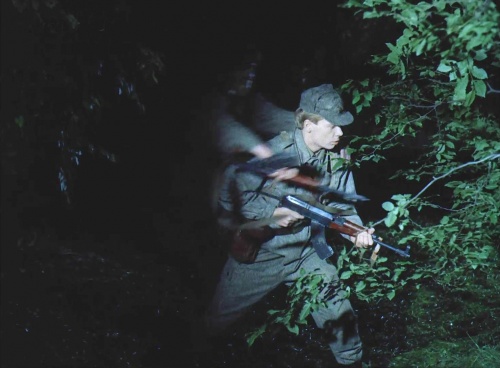 Pfc. Kouba jumps out of the darkness and disarms Pvt. Kořínek (Michal Kocourek), who also holds the Sa vz. 58 V. 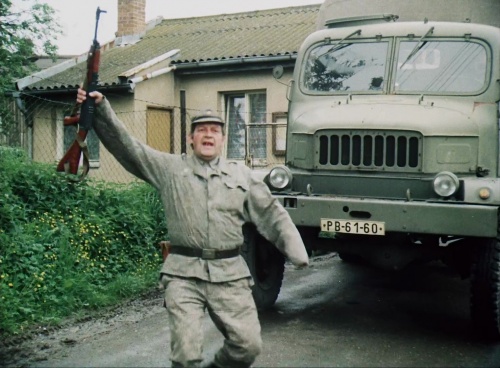 One of the militiamen waves his Sa vz. 58 P at his commander and exclaims: "Here he is!" 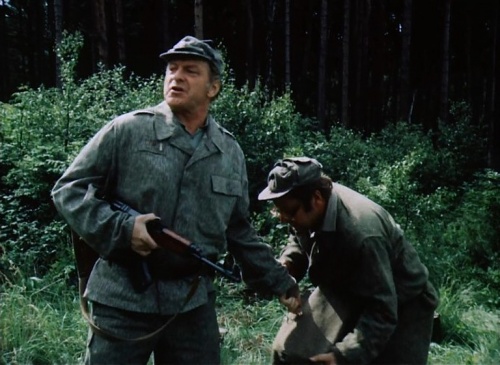 The commander LM (Jan Pohan) (left) carries his weapon in his hand. 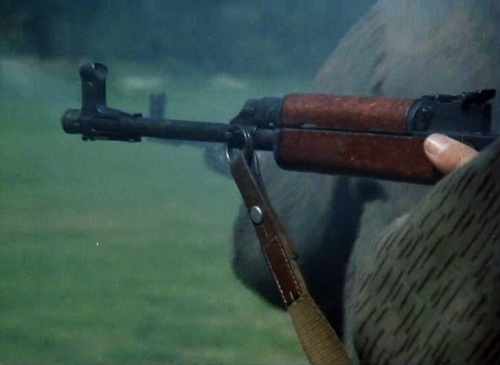 A close up of the barrel. 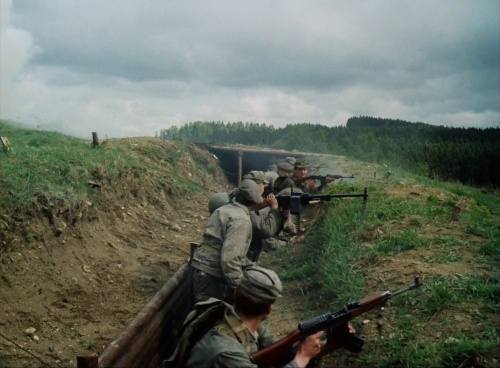 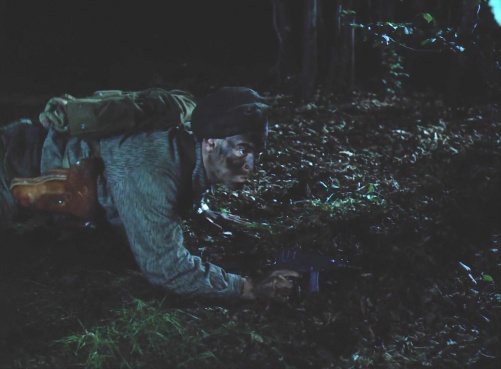 Some of infantrymen during military maneuvers are seen with a vz. 59 light machine gun. 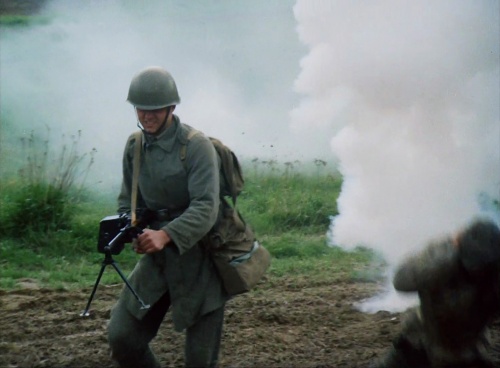 A infantryman goes into the attack with a light machine gun in his hand.

The SPSh Flare Pistol is used by the Czechoslovak Army officer for start of military maneuvers. The tapered barrel with a thickening at the muzzle is typical for 1950s Czechoslovak manufactured version of SPSh (later guns have a standard one). 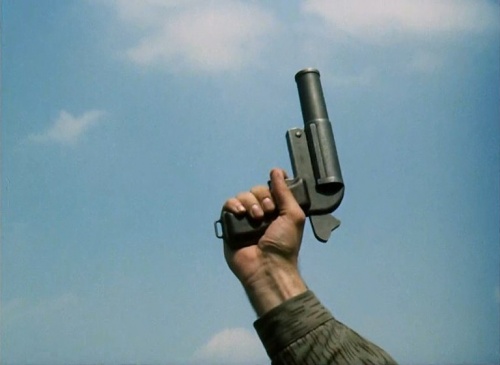 Into space of military maneuvers comes a group of the BVP (infantry fighting vehicles). 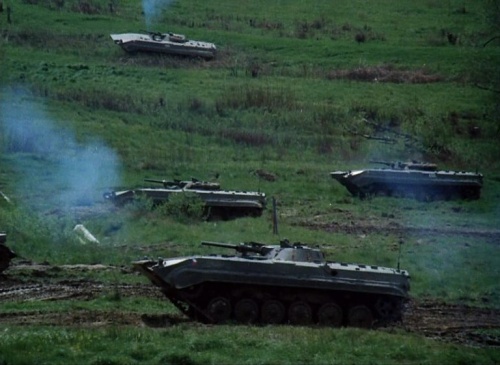 Subsequently at the training ground also appears some T-55 tanks. 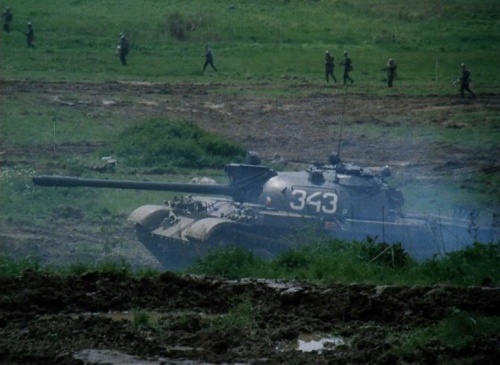