West of Shanghai is a 1937 B&W adventure movie directed by John Farrow and adapted from 1920 theatrical play "The Bad Man" by Porter Emerson Browne. The plot is set in 1930s China, torn apart by the battles of warlords. A group of Americans travel to a remote town in Northern China. The goal of the competing businessmen Gordon Creed (Ricardo Cortez) and Myron Galt (Douglas Wood) is a promising oilfield built up by Jim Hallet (Gordon Oliver). Creed also wants to see his estranged wife Jane (Beverly Roberts) who is working in the missionary hospital. Meanwhile the town is taken over by the troops of self-proclaimed General Wu Yen Fang (Boris Karloff).

The film is the third of four screen adaptations of the original play. The plots of three other films, all titled The Bad Man (1923, 1930 and 1941), are set in Mexico during the era of Pancho Villa.

The following weapons were used in the film West of Shanghai: 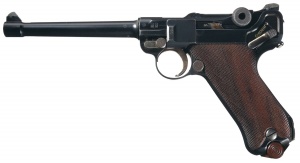 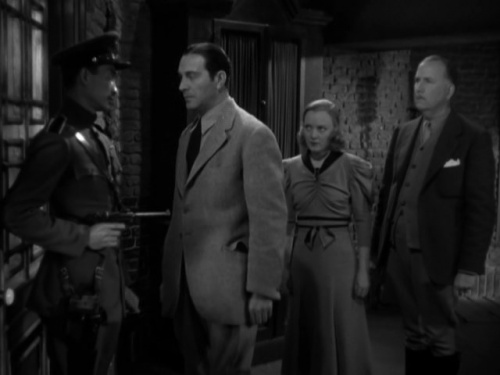 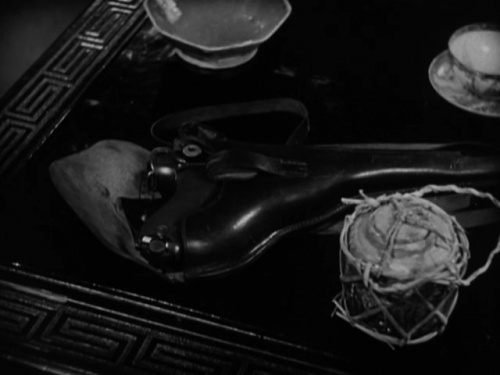 Fang's pistol in holster on the table. 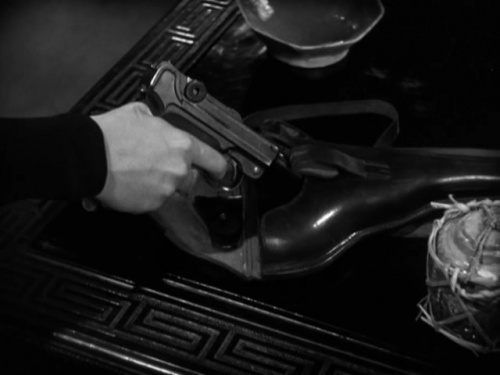 Jane Creed (Beverly Roberts) draws the pistol from the holster. 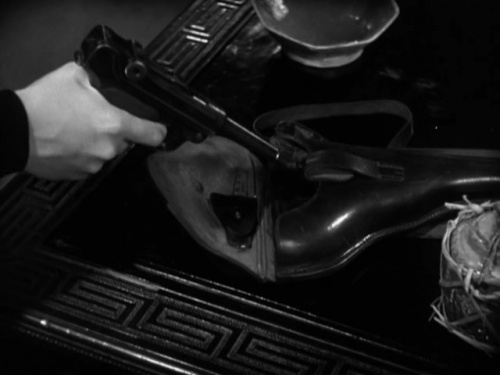 Strangely, in this scene a different Luger is used. It has a short but doubtless sawed-off barrel, without the muzzle ring and the front sight. 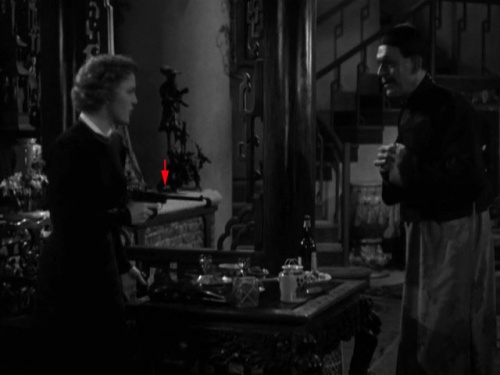 When Jane aims at Fang, the pistol is again a "Marine" model with 6" barrel. 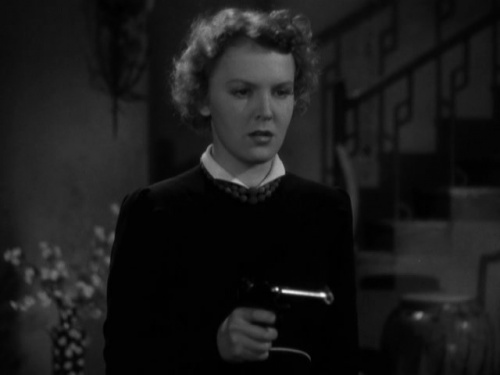 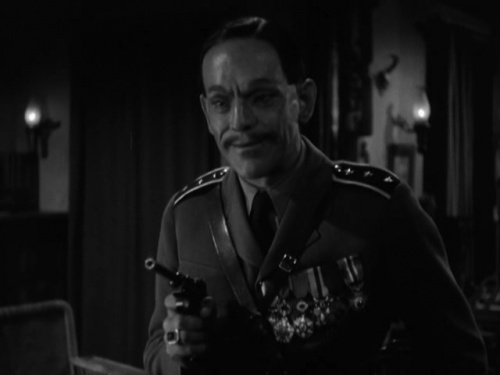 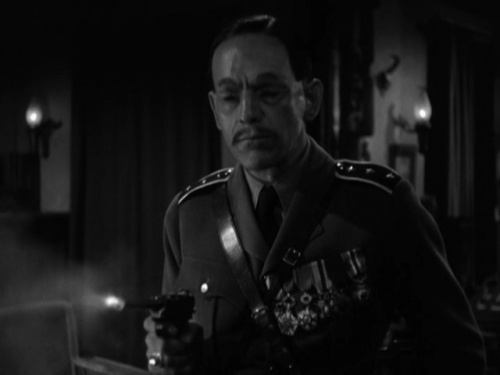 When the pistol fires, the jointed arm doesn't move, revealling the muzzle flash being pyrotechnic effect. 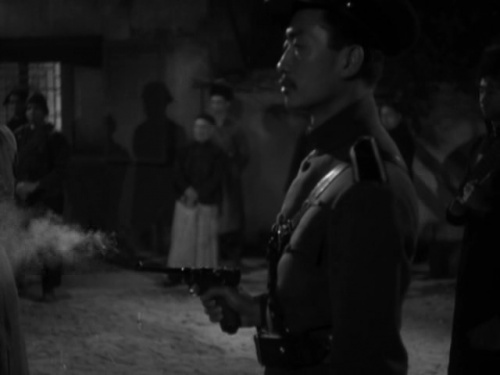 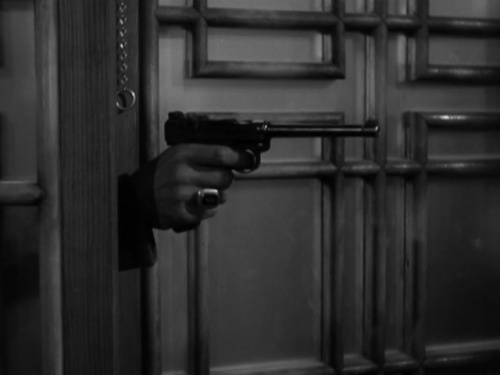 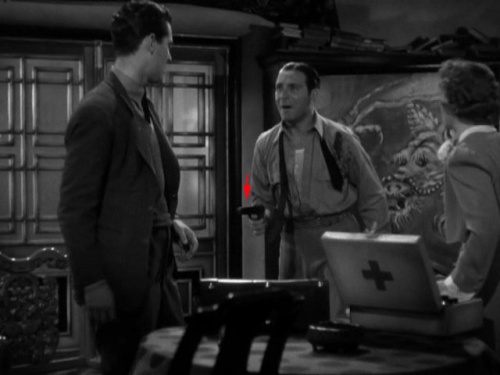 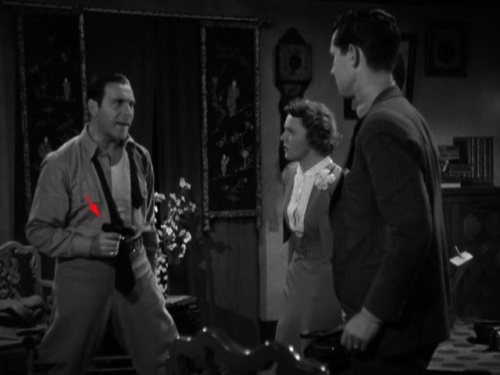 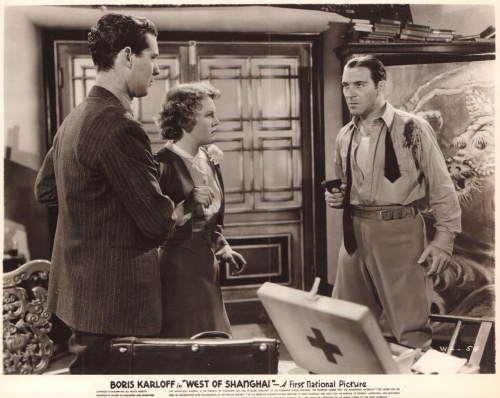 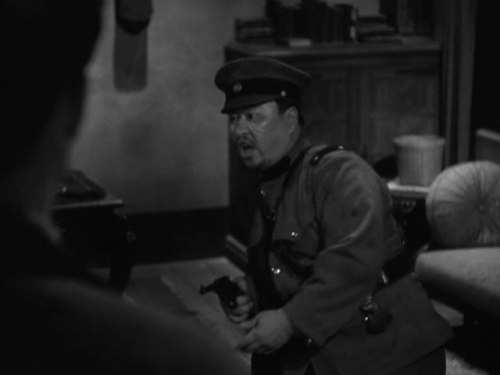 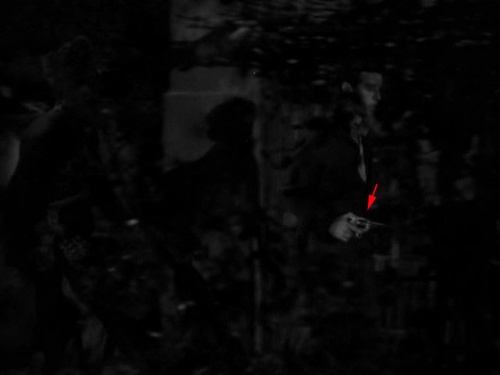 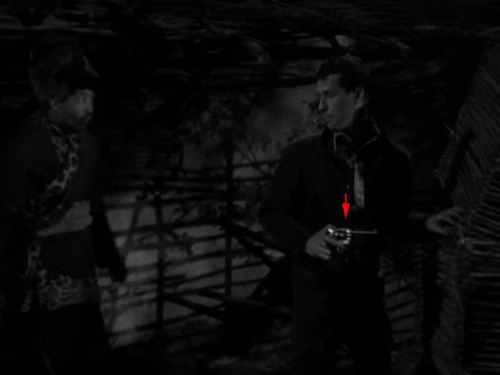 Jim Hallet holds a revolver in the night scene. Judging by the shape of the frame, this is possibly a Smith & Wesson Military & Police. 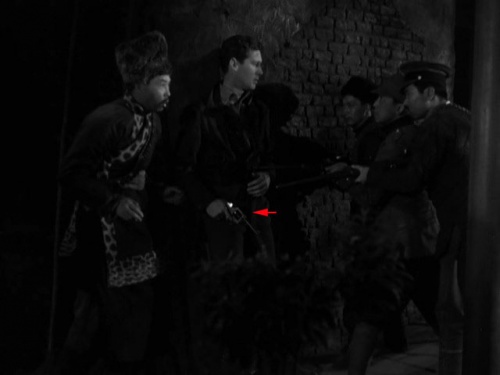 Jim is captured by Fang's soldiers.

Most of General Fang's soldiers are armed with Springfield 1873 "Trapdoor" Carbines (too antique guns for 1930s, even in China). 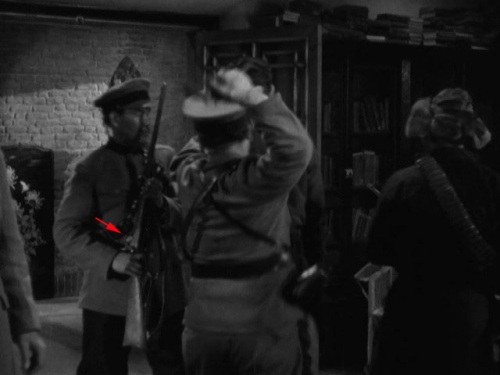 A soldier at the left holds a Trapdoor carbine. 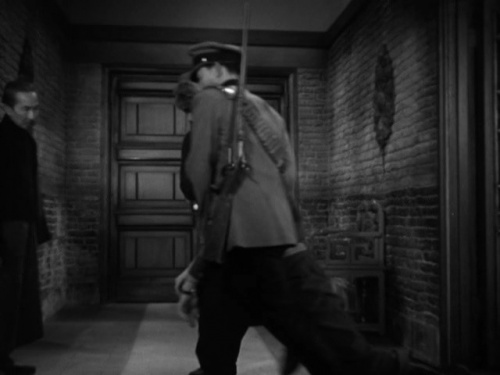 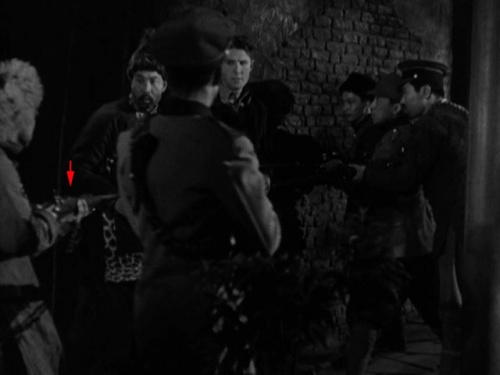 Soldiers capture Jim and his manservant when they try to escape. The Trapdoor carbine is seen at the left. 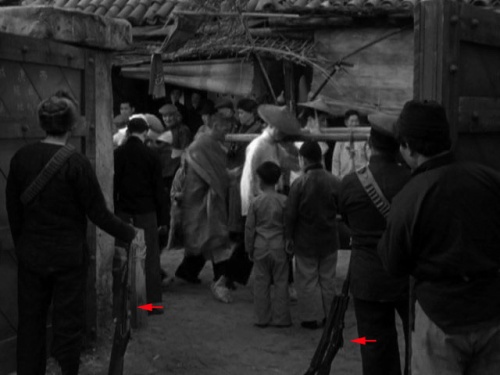 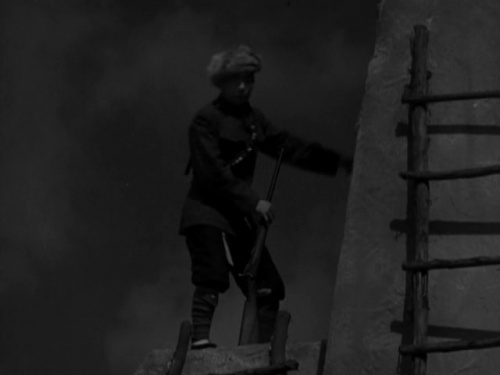 A sentry on the wall holds a Trapdoor carbine. 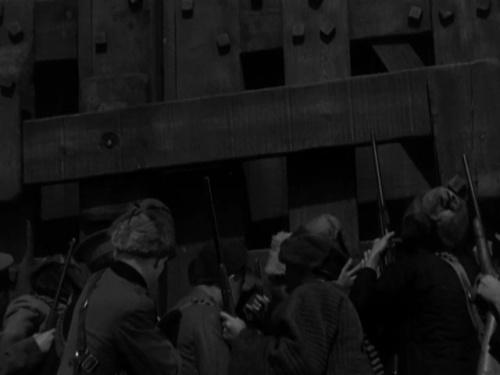 Fang's soldiers retreat from the town gates under the attack of General Ma's troops. 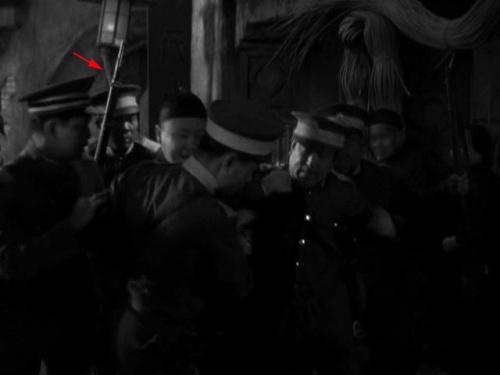 A soldier at the left holds a full-length rifle. 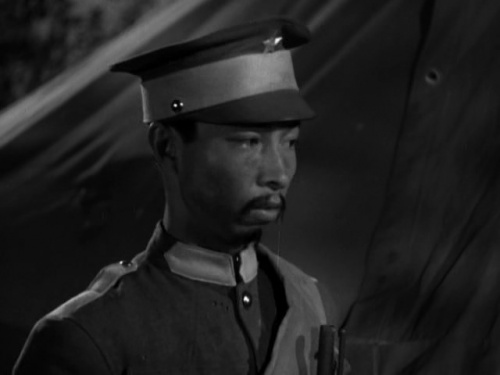 A sentry with a full-length rifle. 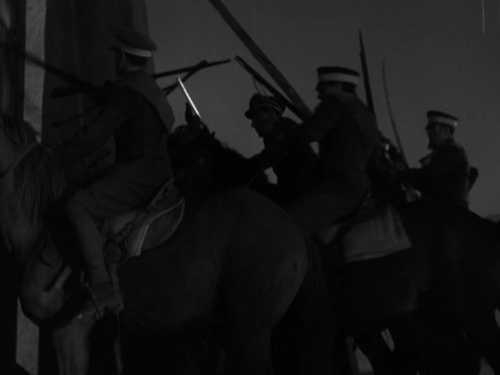 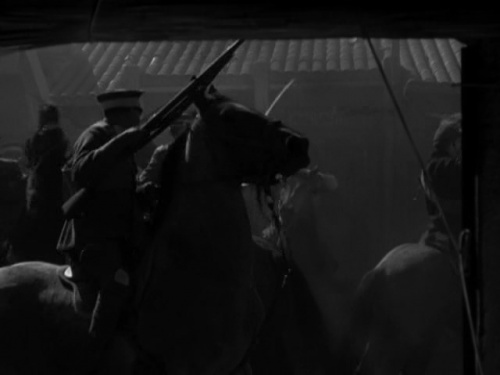 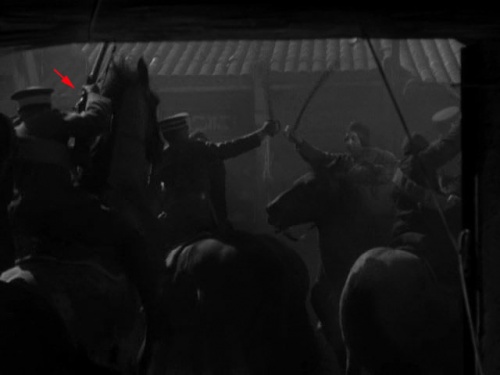 The Trapdoor lock is seen on the rifle of a cavalryman at the left.
Retrieved from "https://www.imfdb.org/index.php?title=West_of_Shanghai&oldid=1404526"
Categories: