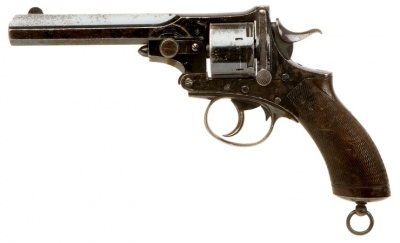 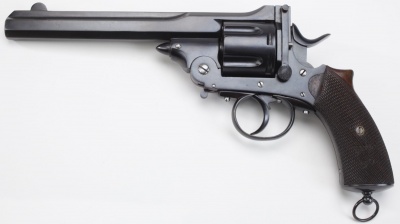 The Webley Pryse revolver was a British revolver fitted with a six-round cylinder. In 1876, the British firearm engineer Charles Pryse designed a tip-down, break-open revolver with a rebounding hammer action and simultaneous extraction of spent cartridges. This Fourth Model Webley-Pryse, recognizable by its fluted cylinder, was made in calibers ranging from .32 in to .577 in, but the majority were manufactured in caliber .455 in.