Watch Out, We're Mad (original title ...altrimenti ci arrabbiamo!) is a 1974 Italian-Spanish action comedy, directed by Marcello Fondato and starring comedy duo Terence Hill and Bud Spencer as Kid and Ben, a pair of race car drivers who are in conflict with the local crime boss after the gangsters destroyed Kid and Ben's precious dune buggy.

The following weapons were used in the film Watch Out, We're Mad (...altrimenti ci arrabbiamo!):

The hired gun, known as Paganini (Manuel de Blas), uses a bolt action sniper rifle in attempt to kill Kid and Ben. In one scene Kid manages to steal the rifle from the hitman. The rifle is identified as "Remington 70-70" which is fictional name. 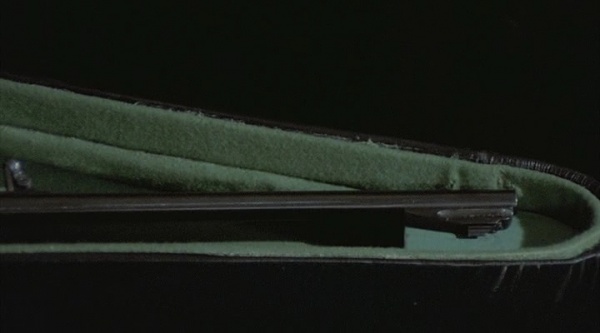 The barrel and front sight. 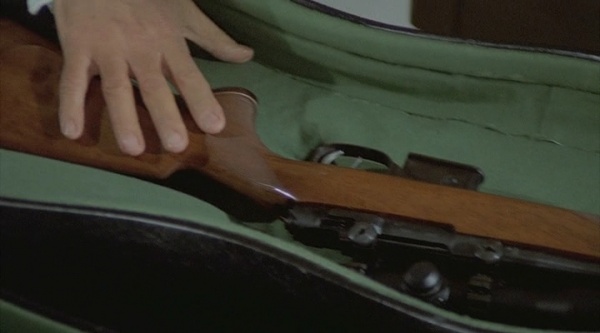 The rifle is magazine-fed. 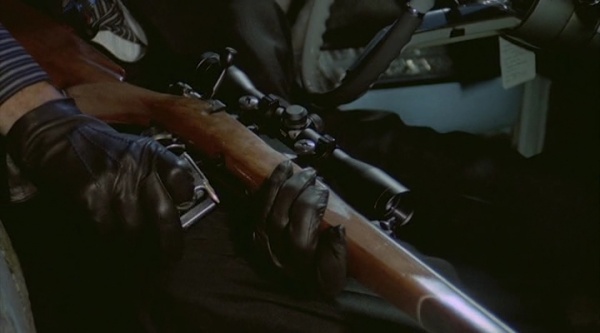 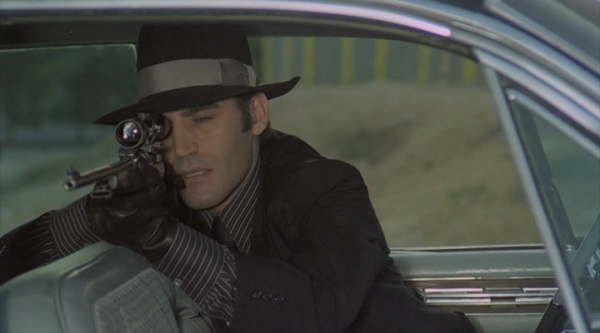 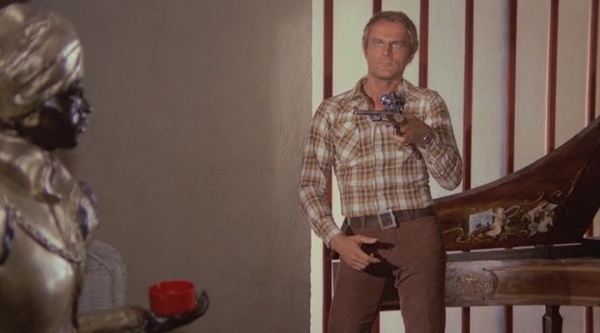 Kid surprises Paganini with his own rifle.

When Kid and Ben have an encounter with biker henchmen, a purblind hunter appears with a Double Barreled Shotgun. 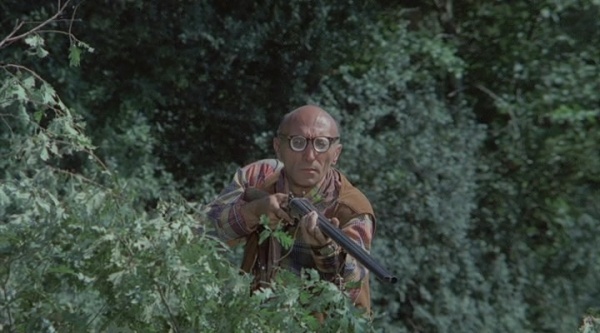 The hunter appears from the bushes. 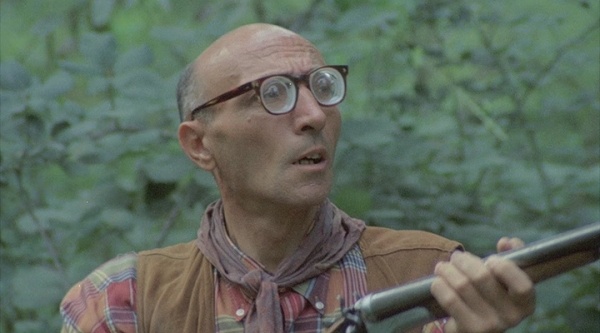 He is unsure what his target is.
Retrieved from "https://www.imfdb.org/index.php?title=Watch_Out,_We%27re_Mad_(...altrimenti_ci_arrabbiamo!)&oldid=1055931"
Categories: