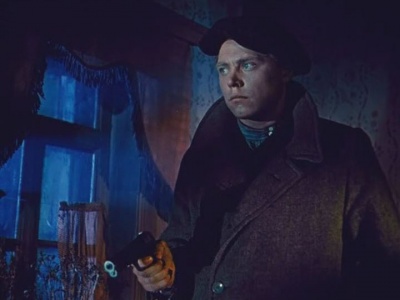 Vyacheslav Mikhailovich Nevinnyy (November 30, 1934 - May 31, 2009) was a popular Soviet/Russian actor, known mostly for his comedy roles. He played in about 75 movies and provided voice work in many animations. He passed away due to complications from diabetes, which he suffered from for many decades and resulted in amputation of both his feet shortly before his death. His son Vyacheslav Vyacheslavovich Nevinnyy is also a well-known actor.