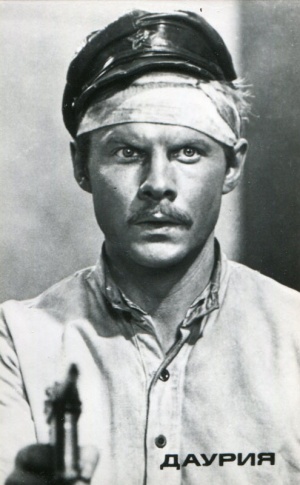 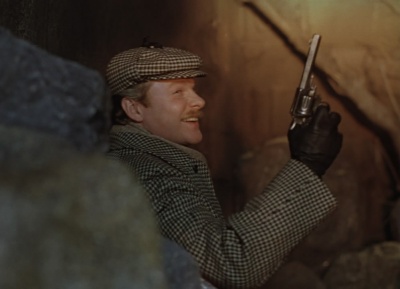 Vitaly Solomin holds a British Constabulary revolver as Dr. Watson in The Adventures of Sherlock Holmes and Dr. Watson: The Hound of the Baskervilles (1983).

Vitaly Mefodievich Solomin (December 12, 1941 – May 27, 2002) was a Soviet and Russian stage and screen actor, director and screenwriter. In 1963-2003 he appeared in more then 55 movies and TV series. His most notable roles are Roman Ulybin in Dauria, Vadim Dashkov in Winter Cherries and Dr. Watson in The Adventures of Sherlock Holmes and Dr. Watson.