Virgin Soil Upturned (Podnyataya tselina) is a Soviet 1960 made for TV historical drama, directed by Aleksandr Ivanov and based on the novel by Mikhail Sholokhov. It depicts the events in Cossack region on Dov river in early 1930s.

The following weapons were used in the film Virgin Soil Upturned (Podnyataya tselina): 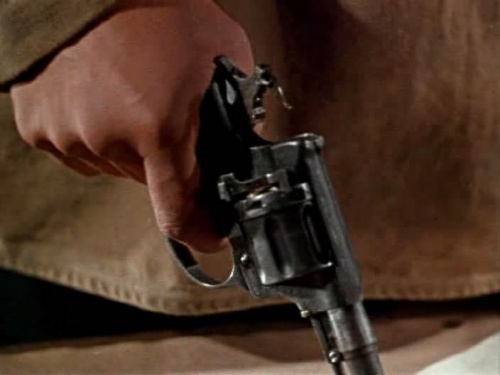 A close view of Nagulnov's Nagant. 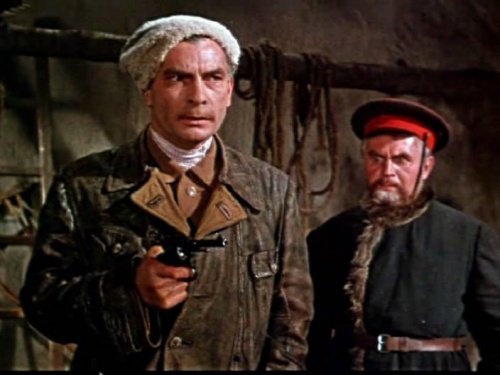 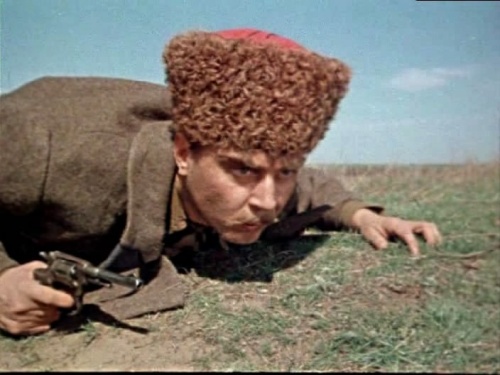 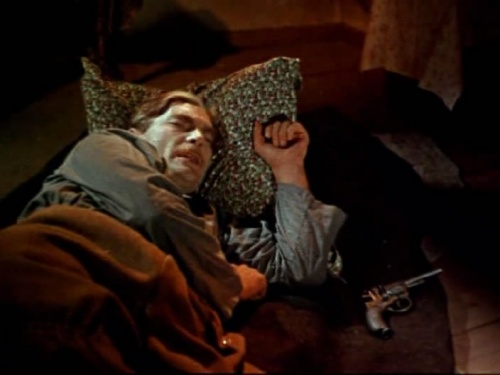 The revolver is seen next to sleeping Polovtsev. 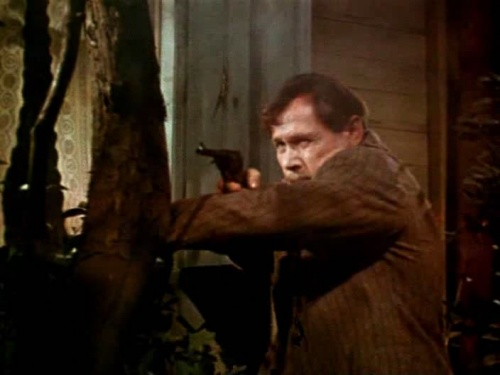 Razmyotnov fires the revolver in the final scene. 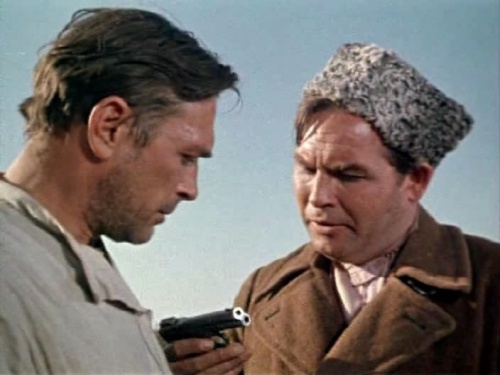 Nesterenko (at the right) gives the pistol to Davydov. 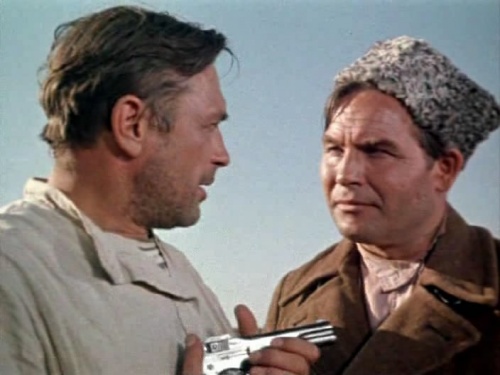 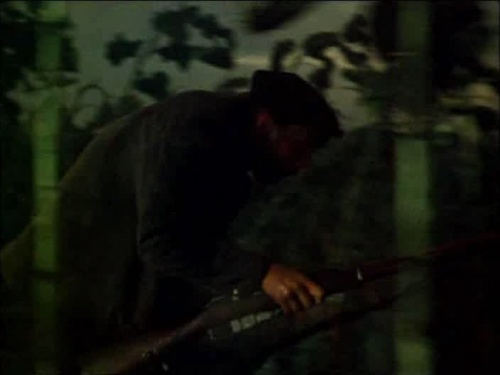 Timofey Rvany wades through a field at night. 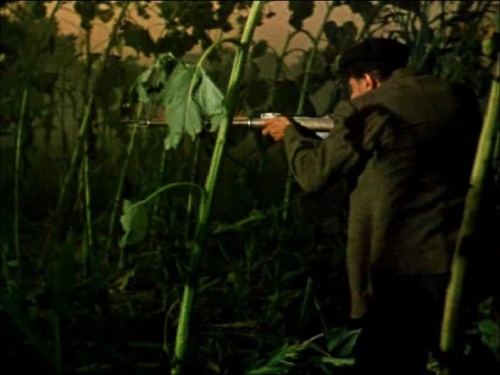 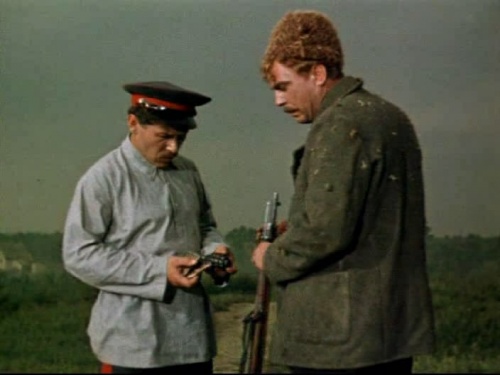 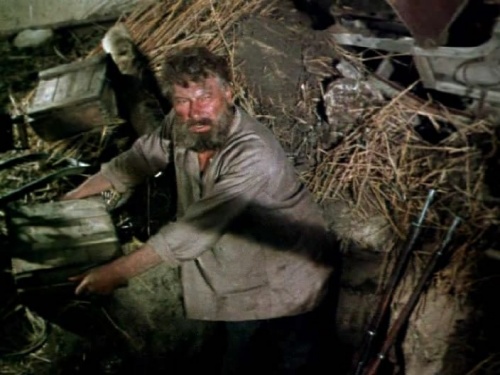 Two rifles, found in hidden cache, are seen at the right. 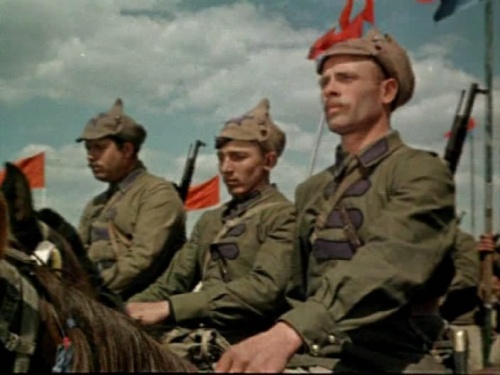 Tit Borodin (Nikolai Kryukov) carries an "obrez" in one scene. 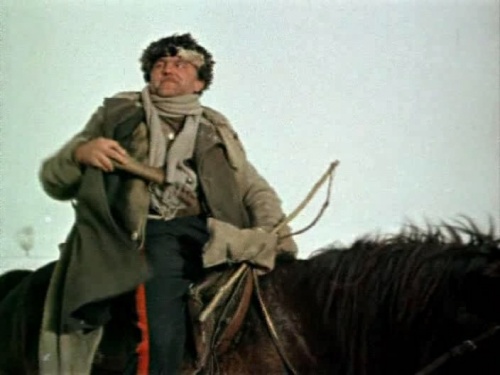 An "Frolovka" R-32 bolt action shotgun is seen in hands of Uncle Nikolay (uncredited) when he guards the barn at night. 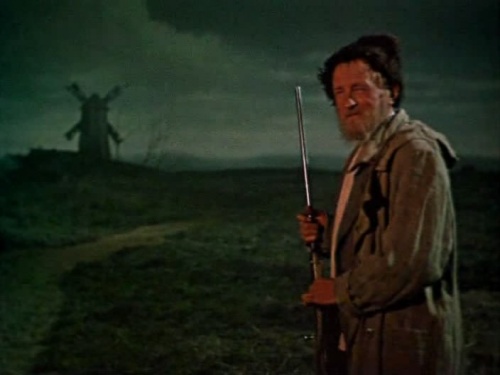 The aged man holds the shotgun. 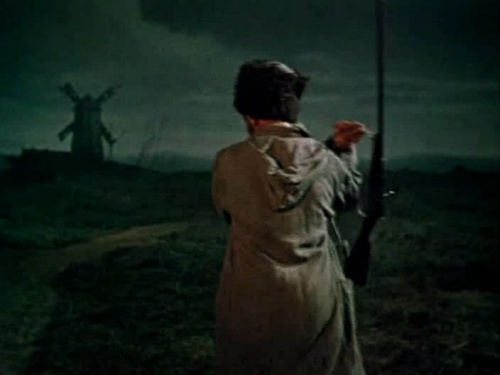 Another view of the gun. The lack of protruding magazine allows to identify the "Frolovka" as R-32 model.

A Single Barreled Shotgun is seen on the wall in Nagulnov's house. 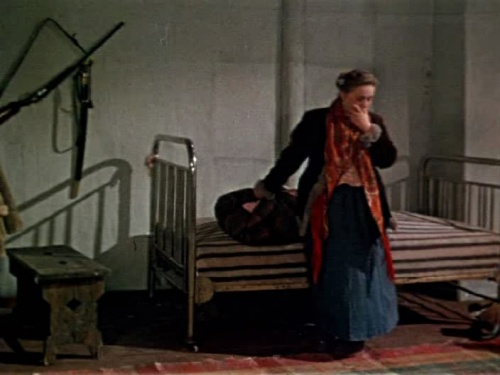 A Lewis is seen in hands of Polovtsev (Pyotr Glebov) and Lyatyevski (Igor Dmitriev). In the firing scene the Lewis is substituted by a visually modified Degtyaryov DP-27. 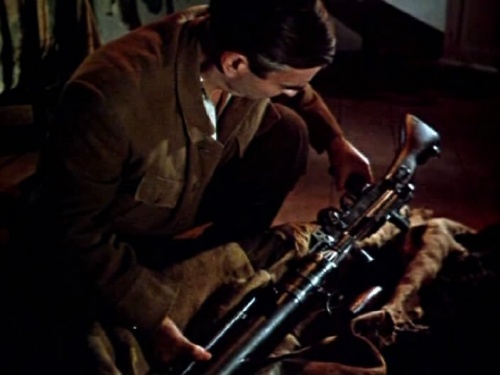 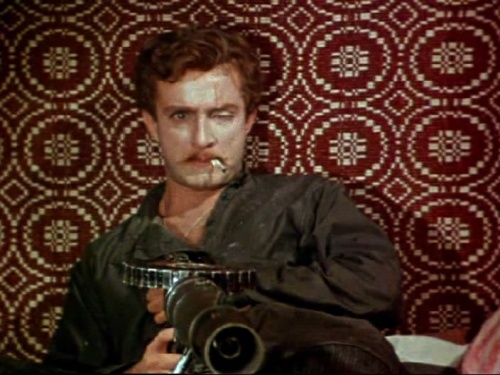 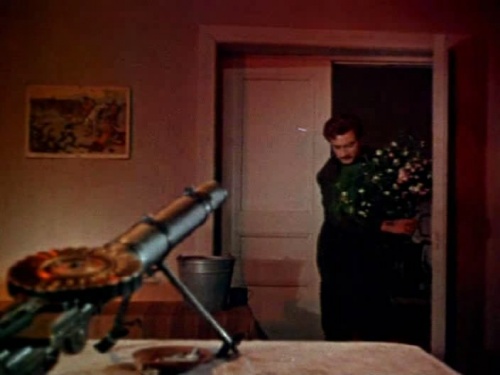 The Lewis on the table.

In the firing scene the Lewis is substituted by visually modified Degtyaryov DP-27. 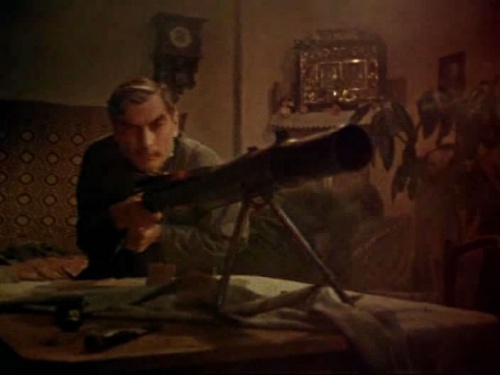 A Maxim M1910 is found by Davydov (Pyotr Chernov) and Ippolit Shaly (Andrei Abrikosov) among the weapons, hiden by Polovtsev in ruined building. 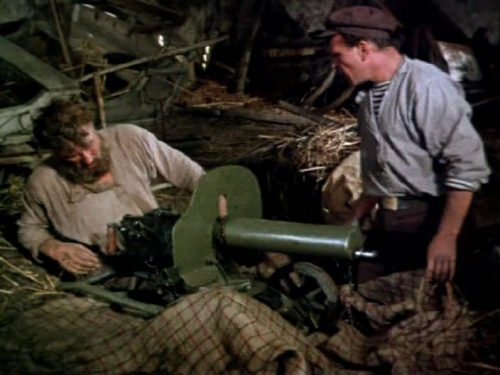 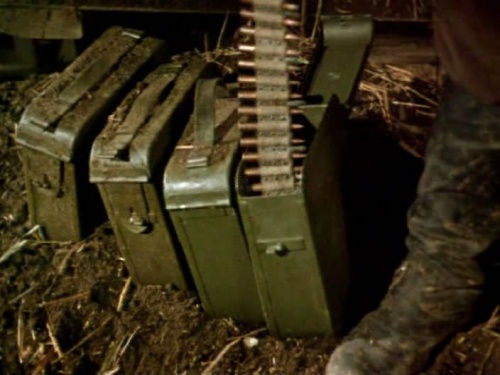 The cartridge belt in box. 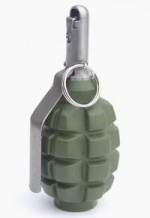 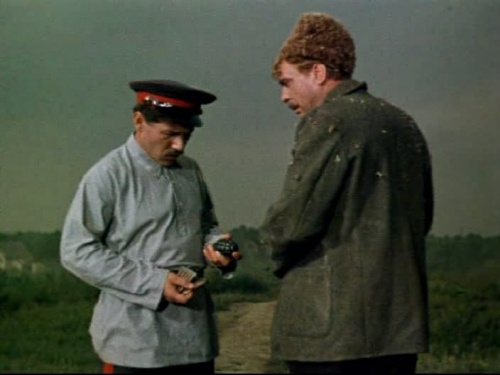 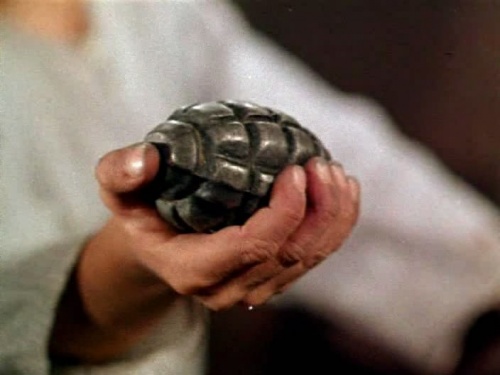 A villadge kid holds a grenade that he has found in ruined building. 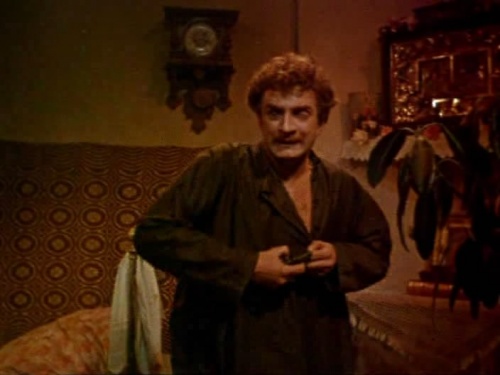 Lyatyevski (Igor Dmitriev) readies to throw a grenade in the final scene.
Retrieved from "https://www.imfdb.org/index.php?title=Virgin_Soil_Upturned_(Podnyataya_tselina)&oldid=1369256"
Categories: